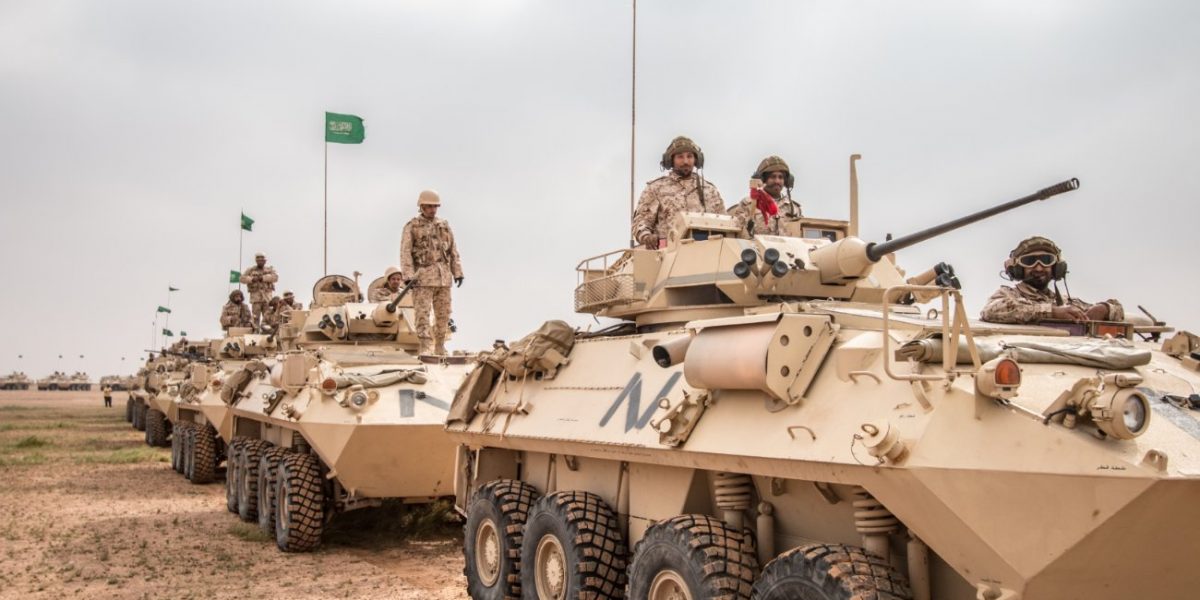 Despite the obliviousness of Western audiences, the war in Yemen has brought upon one of the worst humanitarian catastrophes of the twenty first century. Since the Saudi led coalition invaded Yemen in 2015, the country has been devastated by unrelenting violence which has taken the lives of over 19,000 people, and caused over 200,000 deaths indirectly. Saudi Arabia and its allies invaded Yemen with the goal of replacing the Houthi forces with the previously overthrown government of Mansur Hadi. In pursuit of its aims, it has not shied away from committing war crimes and instituting a brutal blockade on the country.

Canada, specifically through its weapons sales to Saudi Arabia, has been instrumental in bolstering the Saudi war machine. In 2021, Canada exported $1.7 billion worth of arms to Saudi Arabia, up from $1.3 billion in 2020. This accounts for 64% of the total value of non-US military exports. The bulk of the arms are Light Armored Vehicles manufactured in London, Ontario by General Dynamics Land Systems-Canada. The sale of the vehicles is part of a $15 billion contract which was “brokered by the Harper government but approved by Prime Minister Justin Trudeau.” According to government documents leaked in 2016, the Trudeau government’s Foreign Affairs minister Stephane Dion approved the sale of LAV’s to Saudi Arabia following the election of the Liberal government. Dion claims that “these proposed exports are consistent with Canada’s defense and security interests in the middle east.” This is accordant with the Canadian government’s official statement on its bilateral relations with the Saudi Kindgom, which notes that Canada and Saudi Arabia collaborate on “counter-terrorism.”

The Canadian government temporarily halted the arms exports to Saudi Arabia following the assassination of Jamal Khashoggi in 2018; however this only applied to new permits and Canadian arms exports to Saudi Arabia increased by 111% in the following time period. The freeze on arms exports was lifted in 2020 after the Canadian government concluded in its Final Report that there is no risk of Canadian made weapons being used to facilitate war crimes in Yemen, despite damning footage from 2019 indicating the use of Canadian LAVs by Saudi forces. The report claims that “There is no credible evidence that Canadian exports of military goods and technology KSA-led coalition in Yemen.” This is despite the fact the report itself mentions that “Intelligence reports also suggest that the KSA army has used older Canadian-made LAVs in cross-border operations into Yemen.” The Final Report reveals a lot regarding Canada’s decision to arm Saudi Arabia. It claims that “Canadian exports of arms to Saudi Arabia is “More likely to help ensure the stability of a key region for the global economy than to destabilize the region” as it will “protect the regional balance against the expansionist policies of Iran.” The report goes on to say that Saudi Arabia “has been the main bulwark against attempts by Iran to expand its influence in the region, through proxies in Syria, Lebanon and Yemen.”

There is no justification as to why Saudi Arabia’s use of proxies to expand its influence is encouraged whereas the opposite is true for Iran. The next sentence of the report says that “Iran’s nuclear ambitions threaten the region, most notably Israel.” There is no explanation as to how arming Saudi Arabia will curb Iran’s supposed nuclear ambitions, nor as to how Israel’s stockpile of nuclear warheads affects peace in the region. The Final Report also mentions that Saudi Arabia “has also been a key partner to Canada and its allies in efforts to resolve the Syrian civil war and to contain AQAP and Daesh.” This is despite the fact that Saudi Arabia has been one of the main contributors to the Syrian war through its funding of extremist proxies such as Al Nusra, which is an affiliate of Al Qaeda. It is taken for granted that the expansionist policies of Saudi Arabia, which has aimed to install puppet governments in Yemen and Syria contribute to peace and stability, whereas the opposite is true of Iran, which is deemed as a threat to peace and stability.

Canadian complicity in the conflict

In 2021, Ploughshares and Amnesty International published a report challenging the conclusions of the The Final Report, demonstrating that Canada has violated the Arms Trade Treaty, which it joined in 2019. “The Final Report’s assessment and subsequent analysis were conducted exclusively under the Export and Import permit Act (EIPA), while ignoring Canada’s obligations under the ATT.” The report concludes that arming the KSA in order to curb Iran’s “expansionist” policies is “disingenuous under the ATT.”

The Group of Eminent International and Regional Experts on Yemen (GEEY) has concluded that supplying arms to any party in the Yemen conflict is helping to “perpetuate the conflict and the suffering of the population.” The report concludes that the Government of Saudi Arabia is “Responsible for human rights violations, including arbitrary deprivation of the right to life, enforced disappearances, arbitrary detention, rape and other forms of sexual violence, torture, ill-treatment and child recruitment, and violations of fundamental freedoms, and economic, social and cultural rights.” In light of Canada’s potential complicity in Saudi war crimes, The Ploughshares and Amnesty report recommends that Canada fully incorporate the ATT into law as well as revoking arms permits to the KSA and suspend issuance of new permits.

So far the Liberal party has not deviated from its position on Yemen; condemning the violence yet enabling it at the same time. The exception is MP Adam Vaughan, who condemned weapons sales to Saudi Arabia. The Conservatives, who originally signed the $15 billion deal with Saudi Arabia, believe that Canada needs to maintain a strategic alliance with the Saudi government. This presumably requires the continuation of weapons sales to the monarchy. The NDP has consistently opposed the sale of weapons to Saudi Arabia. NDP leader Jagmeet Singh stated that it is “the Liberal government’s fault for going ahead with the sale of arms to a country which is clearly a country that’s violating human rights”. Singh proposed that Canada sell the LAV’s to the Canadian military instead. NDP foreign affairs critic Hélène Laverdière has called for an arms embargo on Saudi Arabia.

Despite the recent ceasefire between the Houthis and coalition forces, the conflict may well flare up again. Regardless, it will take Yemen decades to mount a recovery. Not only is Yemen’s infrastructure in ruins, but the country is struggling to feed itself. 3.2 million Yemenis are acutely malnourished, with half of all children experiencing irreversible stunted growth. As of present, Canada has placed profits over peace, refusing to halt weapons sales to Saudi Arabia. This refusal constitutes an apathy towards the suffering of Yemenis, and a self-seeking posture towards war. Canada can either be a ‘peace-keeping’ nation, or a gunrunner for a murderous monarchy, but it cannot be both.