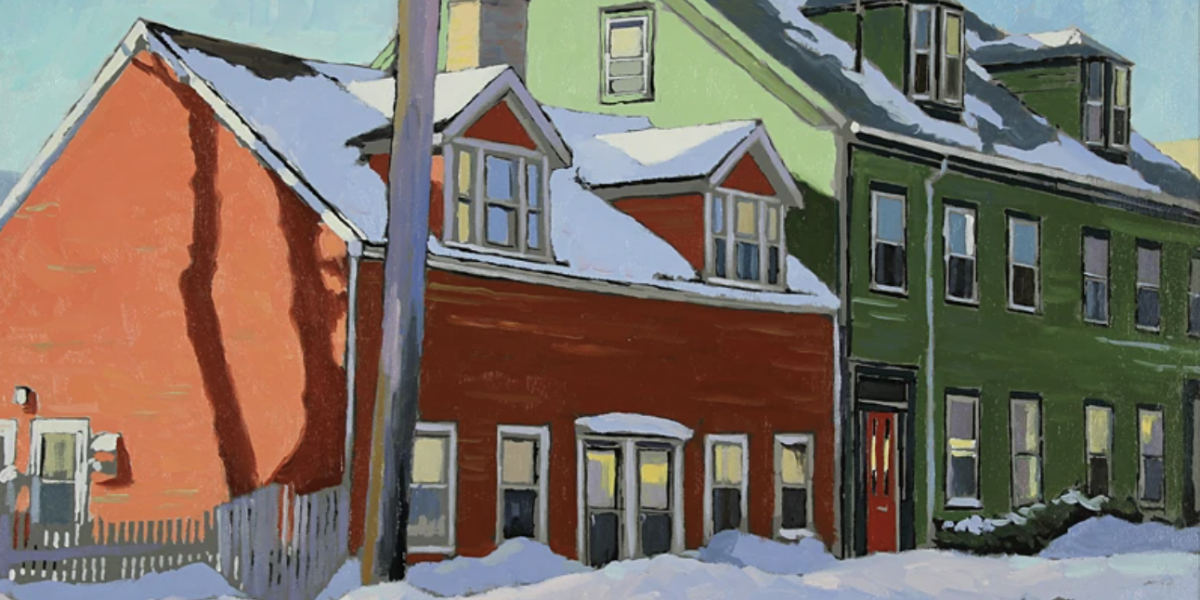 The COVID-19 pandemic has intensified the housing crisis in Kjipuktuk/Halifax. In the past year, landlords have increased rents anywhere from 17% to as much as 90%, and the number of people who are homeless has doubled. Tenants have reported having to go without medications and food as a result of these rent increases. Emergency shelters have been so full that they have had to turn people away, leaving some people with no choice but to spend days and nights outside.

As of January 26, there are 481 people who are known to be homeless in the Halifax Regional Municipality. A disproportionate number of people who are chronically homeless are Black or Indigenous. Meanwhile, people who are disabled continue to be institutionalised and segregated from their communities, and long-term care homes have been functioning with significantly reduced capacities and funding. While the effects of the COVID-19 pandemic are unprecedented, they are exacerbating tensions that have been there for a long time. Understanding these factors is important for finding effective ways to respond to the housing crisis.

Access to housing has been restricted across the board as the overall availability of rental homes continues to be severely limited. In its latest Rental Market Report released on Thursday, the Canada Mortgage and Housing Corporation (CMHC) stated that the overall rental vacancy rate in the HRM was 1.9% in 2020, up slightly from 1% in 2019. This indicates that while the rental market has eased slightly, housing availability is still extremely low. CMHC research suggests that the vacancy rate is even lower for people in need of affordable housing. This creates an increasingly competitive housing market that benefits property investors at the expense of everyone who lives in rental housing.

Low vacancy rates have empowered landlords to raise rents significantly. According to the latest CMHC Rental Market Report, landlords in the Halifax Regional Municipality increased rents by an average of 4.1% last year despite a slight increase in the overall vacancy rate. The average rent for a bachelor unit in the HRM was $865, while it was $1016 for a one bedroom unit, $1255 for a two bedroom, and $1455 for three or more bedrooms. These averages also include exceptional cases, like a tenant in Fairview who was told her rent would increase by $650 in April 2021 on top of the $725 she currently pays. Landlords are taking advantage of the crisis to profit at the expense of tenants.

Those familiar with the legislation have noted that the order originally included a 2% rent cap on any rental property between tenancies, which means that the cap would have applied to all rental properties even as new tenants come and go. That section was quietly removed two days later without any reporting, public debate, or democratic process. For now, there is a 2% cap on how much a landlord can increase rent during a tenancy, but new leases can still be set at ‘market rate’.

In both Ontario and Prince Edward Island, there is a permanent cap on annual rent increases (for many, though not all units) at either 2.5% or the rate of inflation. In British Columbia, annual rent increases cannot exceed 1.4%. In Manitoba, there is a rent increase guideline of 1.6% per year, and tenants have a legal mechanism to dispute increases. Québec also has a legal mechanism for landlords and tenants to negotiate the cost of rent. These controls on rent are not without problems and loopholes, but they show that rent control is possible. The recent rent increases in Halifax show that rent control is necessary.

Opponents of rent control argue that lower rent payments would lead to lower standards of housing conditions. Kevin Russell, the executive director of the Investment Property Owners Association of Nova Scotia (IPOANS), said that restricting the amount that landlords can increase rents inhibits their ability to maintain rental homes. According to Russell, landlords need to be able to raise rents by more than 2% per year so they can reinvest in their properties and “bring the units up to new standards.”

But people living in rental homes have reported subpar and unsafe conditions long before the rent cap was announced in November, and tenants have repeatedly shown that many landlords often only do minimal maintenance regardless of how much they increase the rent.

This reveals a significant lack of accountability of landlords. While property ownership is an underlying factor, the lack of accountability also comes partly from landlords being largely under-regulated. Unlike any other business, no form of license or registration is needed to charge rent payments for a residential unit in Halifax or Nova Scotia. As long as a property meets the minimal standards set out in provincial legislation and municipal bylaws, any property owner can lease out whatever form of rental housing they like.

A report for a rental registry bylaw is scheduled to be brought to Halifax Regional Council this spring, but the proposal is likely to fall short of what tenants need to be able to engage with landlords more fairly. ACORN Canada, an independent national organisation of low and moderate income people, proposes landlord licensing as a way to hold landlords accountable.

It should enforce consequences for landlords when standards are not met; and it should be administered through a free and publicly accessible database with a system for anonymous violation reporting that protects tenants from retaliation after filing complaints.

The Nova Scotia Affordable Housing Commission was launched in November alongside the announcement of the 2% cap on rent and other measures. On the commission website launched on January 25, it states that it is “committed to providing meaningful opportunities to anyone interested in helping inform the development of recommendations that support greater supply of, and access to affordable housing.”

The commission is only accepting submissions online or by mail, email, and phone. It will be submitting its first set of recommendations to the province on May 31. As of Friday January 29, the commission has not announced any public consultation events, online or otherwise. The commission has also not provided any information or plans for what the public could provide input about.

The only information that the general public would have about what the commission may do is through the 2019-2022 Nova Scotia Action Plan, a provincial application of the 2017 National Housing Strategy. The 2019-2022 Nova Scotia Action Plan is a 36 page long document with no realistic plan for engaging with independent tenant organizations or the general public.

With all of the legal and political developments unfolding it can be hard to make sense of what’s next. While the provincial and municipal governments take their time with reports and recommendations, ordinary people are organizing support for those who do not have time to wait.

The Halifax Mutual Aid group has brought together volunteers and people experiencing homelessness to provide temporary single-person emergency shelters for people who would otherwise be outside. In the group’s statement released in December, they say that what they are doing is not a solution, but a short-term effort to save lives. The group continues to develop more shelters and defend current shelters from local government and law enforcement. In doing so, the group is also advancing the discussion around housing and homelessness in the city.

Perhaps the clearest path to structural change for tenants is being led by Nova Scotia ACORN. The group has been organizing tenants and campaigning for demands like rent control and landlord licensing in the province since 2011. Leading up to the provincial government’s announcement to cap rent increases and ban renovation evictions, the group held a demonstration for rent control that drew 200 people in a socially distanced rally and march to Province House.

Since then, the organization has updated its demands and continued campaigning for a permanent cap on rent increases on all residential units, both vacant and occupied, and a full ban on all forms of evictions. Through struggles like this Nova Scotia ACORN has become an important vehicle for tenants to fight for decent housing for everyone.

To demand decent housing for all is not inherently radical, but it has the potential to be. To ensure positive change that lasts, we need to do something about the private housing market as the root cause of the housing crisis. It is no coincidence that rental companies like CAPREIT reported continued growth the same year that homelessness doubled.

In fact, the Nova Scotia Landlords Association states that their aim is to help landlords increase their wealth through property investment.  While so many of us struggle with housing precarity and homelessness, landlords and property investors use this as an opportunity to increase their profits. This frames the question for us perfectly: Should a few people be able to profit from other people’s needs for housing, or should housing be provided for all as a basic entitlement?

While regulating the costs and conditions of housing is an important next step, regulation will not be enough. We need to put an end to the private housing market completely and replace for-profit housing with community-based options. Through a combination of cooperative, non-profit, and public ownership, we can provide housing for all based on people’s needs rather than private profit. We can have social housing that is beautiful and meets everyone’s basic needs.

To achieve something like this will require building a movement big enough to take on the entrenched power of landlords and property investors.