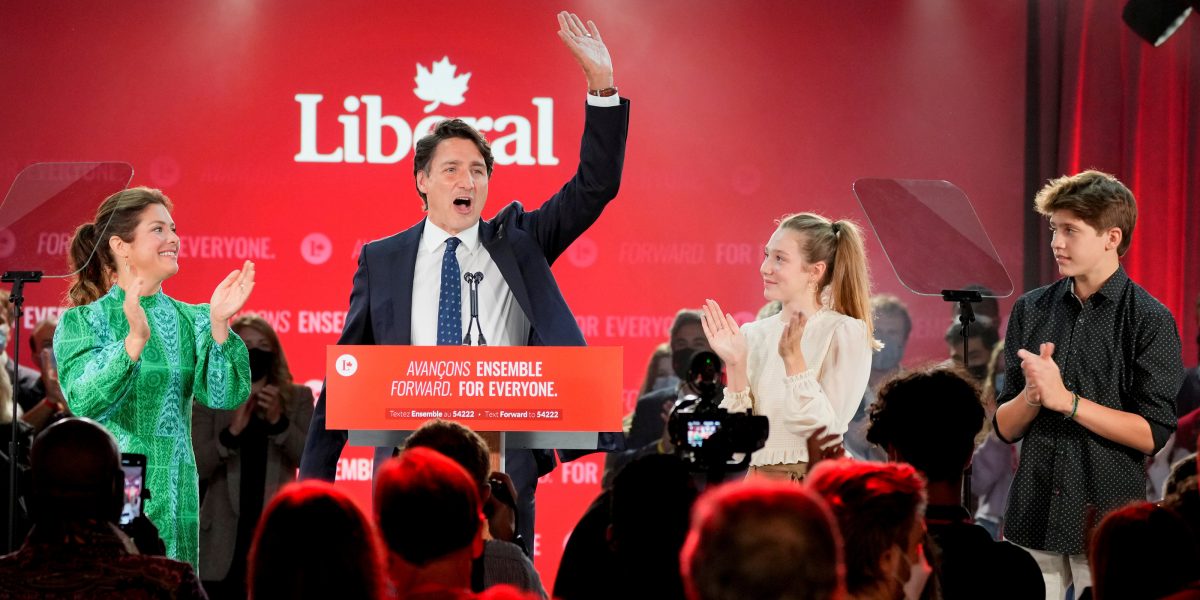 The federal election has come and gone and despite Prime Minister Trudeau hoping to get a majority the outcome appears to be almost identical compared to the 2019 election. Despite gaining a couple of points in the popular vote, the NDP has as of now only gained a single seat. Most frighteningly, the far-right PPC tapped into an anti-vaccine passport sentiment to make significant gains in vote total (over 800,000) despite not winning a seat.

What lessons can be drawn for the Left about the election results and what are the next steps to be taken both parliamentary and extra parliamentary?

Trudeau’s victory speech suggested that the Liberals won a clear mandate but for a party that called an early election in order to win a majority government the results fall significantly short of a vote of confidence about the Liberals. Losing the popular vote to the Conservatives again, likely by a greater margin than in 2019, and winning the most seats while voter turnout plummeted (challenging the 2008 election turnout of 58% for worst ever) speaks to a lack of enthusiasm for Trudeau. Voters it seems were largely disappointed by the Liberal’s constant “promise big” and “deliver little” approach to government.

The Conservatives entered the election fearing a decimation, with new leader Erin O’Toole being greatly unpopular. However, the CPC attempted to soften its image throughout the campaign and at points appeared poised to upset the Liberals. The last third of the campaign was rough for them. The fourth wave of Covid hit Alberta especially hard, which forced Conservative premier Jason Kenney to implement a vaccine passport program that was unpopular with the party’s base. On election night, the CPC won the popular vote but lost two seats. They also suffered a big drop in their votes in Alberta, saved from losing more seats only by the huge margins they traditionally win by in the province.

The NDP ran an exciting and energetic campaign, offering a more left platform than in previous elections and putting forward many good social activists as candidates. Earlier this year it looked like the NDP was in trouble, but they managed to gain a couple of points in vote total, but appear to have only won a single extra seat compared to 2019. There are still a couple of ridings too close to call, but when projections had them winning as many as 38 or 39 seats, only getting 25 feels disappointing. Once again, strategic voting appears to have hurt the party, especially in Ontario. Several close races in the GTA and Hamilton could have gone their way had voters not felt the fear of a CPC win and voted Liberal in hopes of stopping that.

The Greens managed to win two seats, but their vote totally collapsed and the leadership of Annamie Paul, which has divided the party around her staffers attack on pro-Palestinian positions of her MPs, appears to be coming to an end after she finished a disappointing fourth in her riding.

A laughingstock in 2019, Maxime Bernier’s far right People’s Party of Canada saw their vote total almost triple, going from less than 300,000 to over 800,000, cracking the five percent mark, meaning they likely will be included in the debates next election.

The prospect of the PPC making gains and growing its audience should be scary. They mobilized around a very specific issue this time, opposition to the vaccine passport,  and were able to connect that to their other reactionary positions, including climate change denialism and anti-immigration policies.

That the far-right was able to tap into people’s frustration about post-COVID is of great concern and speaks to a failure on the part of the Left, the NDP and beyond, to offer political solutions to the crisis that matches people’s anger.

On a positive note, the Liberals did feel the need to offer bold programs to garner support. The National Daycare Program has been a huge demand of parents and childcare workers for decades. The Liberals also felt compelled to promise paid sick days, another key demand of the movements in response to the pandemic. That these issues were key components of the platform speaks to the public mood and there is a lot of room for movements to keep up the pressure to make sure Trudeau and parties he relies on to govern keep their promise.

The Liberals will also likely rely on the NDP to govern. There is no appetite for another election, so the NDP could leverage its influence to push other demands that existed in their platform (a more aggressive housing strategy, more aggressive targets for reducing CO2 emissions). It also means that introducing austerity measures as the pandemic recedes will be more difficult for the Liberals.

That said, there are no guarantees that the Liberals wouldn’t abandon key promises (they are great at that) or that the NDP will not fold or offer bad policy suggestions. It was the NDP, for example, that championed the wage subsidy program to go alongside CERB, the former having been grossly misused and not especially effective in preventing layoffs during the pandemic. It will be especially important for the movements to keep up the pressure on the government and the NDP to make sure the best policies are adopted and the worst not championed.

In terms of trying to get better results for the Left in future elections, there are definitely debates to be had with the NDP about how they are failing to differentiate themselves enough to push against strategic voting. The platform was better compared to recent elections, but compared to the platform that Bernie Sanders campaigned on in last year’s Democratic Party primary, it was still very tame (especially in terms of the climate plan). At times the NDP impressively pushed a class politics (their ads calling to tax the rich were great) and other times asserting that what made them different than the Liberals was not the substance of their policies but their willingness to follow through. The experiences with the BC NDP in government would create some doubts about this.

Above all though, extra parliamentary efforts need to take centre stage. The PPC was able to shape the debate around vaccines because the Left (the NDP, labour, other social movements) were unable to offer a political outlet for those who distrust the political system. A strong left that has roots in communities and offers political solutions to the frustrations people feel is the only counter to the PPC and the growth of the far right. We need to keep our focus on organizing campaigns and around issues to build the political movements to change the world and not just count on elections every few years.

Join Spring for our Federal Election Debrief on September 26, 5:30pm EDT and let’s talk about how we can organize to fight for and win.