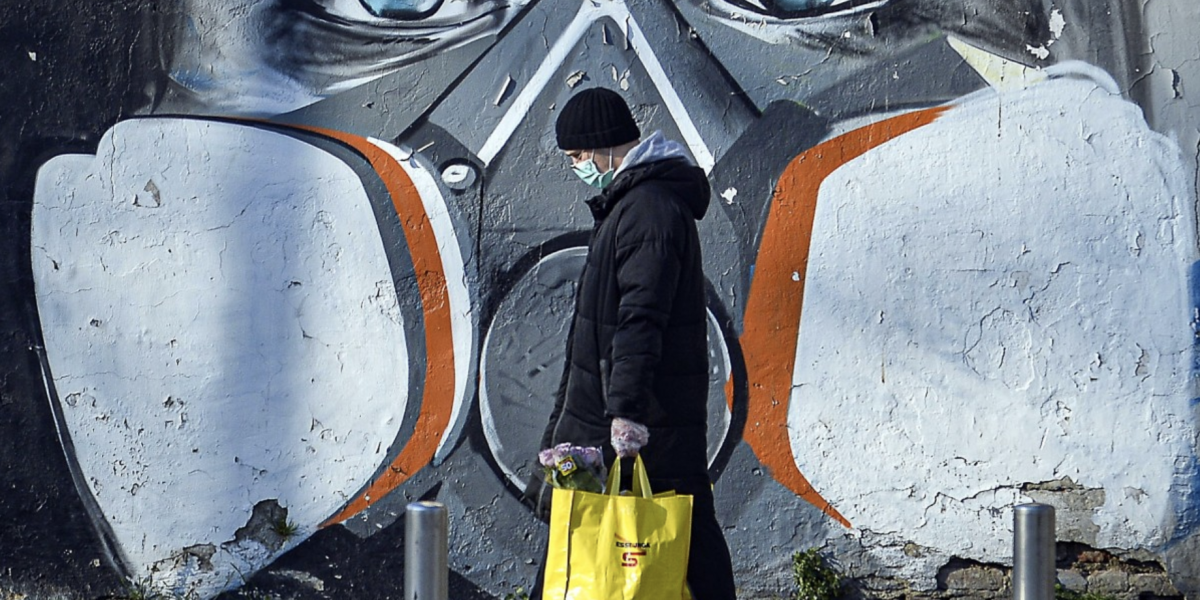 Apparently there is an alternative. The events of the past few weeks make it obvious that the mantra of neoliberalism – the idea that there is no alternative to market rule – is not only a lie, but a lie that employers and investors show no shame in abandoning the moment their bottom lines are seriously threatened.

The coronavirus pandemic, while not the root of economic troubles, has triggered an unprecedented economic collapse. Economists are saying unemployment could rise to 30%. That’s higher than during the Great Depression. At the worst of the 2008-9 financial crash, GDP fell 4.5%. Last week a forecaster at the Federal Reserve Bank of St. Louis said GDP could soon fall by 50%.

Amid the wreckage, whole industries beg for public money. Governments order businesses what to make in the public interest. Central banks fire up the money-printing machines, announcing there is no limit to what they’re willing to spend.

As the crisis exposes dirty secrets of capitalism normally hidden under the laws and rhetoric of business-as-usual, a window has been flung open through which it’s easier to see not simply the irrationality and brutality of capitalism, but the fact that market rule is not the only way to organize society.

The organized Left can play an important role in holding open that window, and interpreting what we see through it. By listening to people’s experience of the crisis, campaigning for concrete demands, and engaging in processes of collective learning, we can help clarify the nature of capitalism’s contradictions, and widen the political space necessary to achieve real alternatives.

When she was UK prime minister in the 1970s and 80s, Margaret Thatcher loved to say “there is no alternative.” By this she and others meant that public utilities must be privatized, unions must be busted, corporate tax must be cut, trade must be deregulated – this is the simple truth of reality. Anyone who said different was dismissed for living in a fantasy world, or just wanting a handout. One nickname for Thatcher was TINA (There Is No Alternative).

Neoliberals of all stripes since Thatcher’s time work from the same position. Even if they don’t spell out TINA word for word, neoliberal parties and think-tanks frame politics very narrowly, as though the only question worth discussing is which tools are best to drive up profitability. Their options are some combination of corporate tax cuts, cuts to social spending, beefing up policing, privatization, and other attacks on working people. This is neoliberal common sense.

In fact, in the 1990s, Mike Harris’ neoliberal agenda in Ontario was called “the common sense revolution.” When even modest alternatives are floated, as in 2016, when Bernie Sanders called for tuition-free college, neoliberals like Hillary Clinton say this is “pie in the sky stuff.” Nothing is free, said Clinton and her campaign: there is no alternative.

A history of social change

As a teacher in a Social and Environmental Justice program, part of my job is to help students recognize that, despite its dominance, TINA logic is deeply flawed. So we talk about pre-capitalist societies. Traditional Haudenosaunee democracies, for example, which used consensus decision-making, acted on behalf of seven generations into the future, not in response to immediate demands for profit.

We talk about dramatic shifts within capitalism, the historical fact that mass movements from below have, at certain moments, transformed politics-as-usual. Think of the previously unimaginable changes made reality by women’s movements, anti-racist movements, and unions. I’ll share inspirational quotes that remind us of how societies can change even when they appear fixed forever. My favourite might be from Ursula LeGuin, who, in 2014, while accepting a lifetime achievement prize at the National Book Awards, said: “We live in capitalism. Its power seems inescapable. So did the divine right of kings. Any human power can be resisted and changed by human beings.”

Yet even as we marvel at historical victories and rationally understand that social change can and will happen in the future, the power of TINA is not easily overcome. But, but, but… hesitations bubble up. Aren’t elite classes just too powerful?… And aren’t most people actually opposed to radical activism, either because they’re satisfied enough with the status quo, or too ground down to mount resistance? Students ask each other whether things will have to get a lot worse before they get better. Even the most radically hopeful in the room, and I include myself in this bunch, struggle with moving from logically comprehending that another world is possible to actually feeling and trusting in our collective strength deeply enough to mount and sustain political resistance.

It’s not true that things must get worse before they get better. If it were, why would socialists push for reforms that improve people’s lives? It’s perverse to wish pain upon our communities now on the assumption that this will trigger a brighter future. Besides, some of the biggest gains of social and economic rights in the 1960s were won as standards of living in the global north were improving, not worsening. Yes, inspiring struggles have emerged out of dire conditions. But sometimes when things get worse, they just get worse – rather than misery and violence spurring people into social justice activism, people can lose hope and demobilize. There is no simple recipe for making radical change.

Having said that, worse is where we are today. The pandemic and economic crash are forces of death and destruction. Crisis is not new for huge numbers of people. Exploitation and oppression are brutally familiar to poor people, precarious workers, people of colour, indigenous people, queer and trans communities, undocumented workers, and people in the global south. What’s happening today is that the crisis is being generalized throughout the working class. Those already harmed most under neoliberalism face even greater hardship. The crisis will be punishing and terrifying.

Transforming the world into something better will take collective learning, organizing, and action. But transformation is on the table in a way it hasn’t been for a long time. No lecture or textbook compares to the experience of crisis in teaching that capitalism is neither inevitable nor unbreakable. Look around: market failure, mass unemployment, public money suddenly splashing every which way in unimaginable sums. Public pressure forcing industry to retool to meet health needs. Wildcat strikes in the name of public health and worker safety. This isn’t the world neoliberalism has been telling us is the only one possible.

Fight for an alternative

What we make of these experiences in crisis, our ability to resist pressure from neoliberal governments and business to resolve the crisis in their favour, depends on collective action. The crisis will be resolved eventually. Not by Easter, no matter the delusions of the US president. Six months? Two years? Six years? The uncertainty and carnage of this moment won’t last forever; there will be a resolution. But to whose advantage?

Business and state policymakers will do everything they can to slam shut the window through which the irrationality and vulnerabilities of capitalism are plainly seen. They will try to come out of the crisis doubling down on the idea that there is no alternative but returning to profit-making on the backs of working-class suffering.

We are in this for the long haul. Capitalism is wounded but by no means fatally. The horizon of struggle stretches into the distance. But from where we stand at this point in the crisis, the contours of struggle are easier to see. How can we use this vantage point most effectively to improve people’s lives now, and strengthen our organizing base for the future?

The organized Left can help understand the problems with ruling class solutions, and keep people focused on an anti-capitalist future, even after the worst of the crisis passes. In order to do this most effectively, we need to deepen our analysis and extend our reach now, both within our own groups and through working collaboratively with other nonsectarian radicals who are similarly oriented toward learning from, and providing political homes, for working people new to activism.