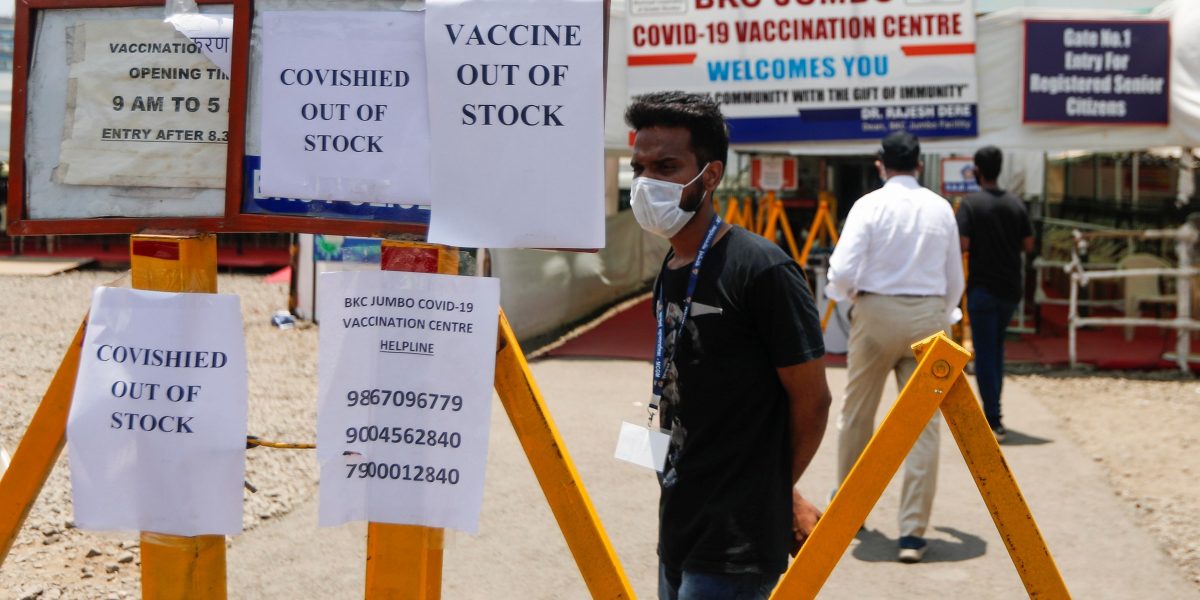 In February of 2021, Tedros Adhanom Ghebreyesus, Director General of the World Health Organization, warned that “the longer it takes to vaccinate those most at risk everywhere, the more opportunity we give the virus to mutate and evade vaccines.” Explaining that “unless we suppress the virus everywhere, we could end up back at square one,” he stated that the best way for countries with access to vaccines to protect their own populations would be to help other countries get vaccinated.

Now, with the highly transmissible Delta variant spreading across the globe, wealthy countries are preparing to administer third doses of the COVID-19 vaccine. Since only 1.6% of people in low income countries have received one dose, the WHO explicitly condemns booster shots and has called on wealthy countries and Big Pharma to help vaccinate the rest of the world. If more of the global population were vaccinated, the pandemic could end much more quickly for everyone.

Despite the dire situation, rich nations continue to ignore the WHO’s pleas and block efforts to temporarily waive vaccine patents that would allow other countries to produce their own vaccines. This imperialist approach will only prolong the pandemic at the expense of the most vulnerable.

The hubris of imperialism

The definition of a pandemic is “the worldwide spread of a new disease.” It is not possible to stop a pandemic by concentrating treatment efforts in only some areas of the world. But this is exactly what rich countries are trying to do by administering third doses while it has been estimated that over 85 poor countries will not have widespread vaccine access until 2023 if current trends continue. As Ghebreyesus warned, the pandemic will not stop until it is contained everywhere.

Scientists confirm this view, explaining that variants form when more people become infected with COVID-19. The more that different strains spread, the more chances they have to recombine and become new variants. Variants such as Delta, which are more transmissible, impact the unvaccinated most severely. Those who are vaccinated may still contract the Delta variant, but will experience much milder symptoms. Those who are unvaccinated are much more likely to be severely affected by the Delta variant. In African countries, deaths increased by over 80 percent in only four weeks due to the Delta variant. In Canada, the Delta variant has accounted for the majority of new cases since July, with 90% of new cases, 84.9% of hospitalizations, and 82.3% of deaths since August 9 among the unvaccinated.

Anticipating the need for booster shots, European Union countries have agreed to Pfizer and Moderna’s recent price increases. While booster shots will produce significant profits for Big Pharma, it is unlikely that variants will stop mutating without widespread global vaccination. The only way to stop the pandemic is to redistribute resources and help poorer countries.

The failure of capitalism

Theoretically, vaccinating the rest of the world is possible. Pfizer and Moderna, which have already reaped enormous profits from the vaccine, could donate supplies without significant losses. Billionaires who profited from the pandemic could easily afford to vaccinate every adult in the world and still retain considerable wealth. Wealthy nations could support the petition to waive intellectual property rights and donate more supplies to poorer countries.

Instead, the wealthiest continue to hoard their wealth. There are more than enough vaccines being produced for everyone on the planet to be swiftly immunized, but the profit motive of capitalism incentivizes massive disparities in vaccine access. An economic system that always values profits over people will never be able to contain a global pandemic, or any other crisis. If we were able to put people before profits, we could end unjust trade agreements and patent laws that stifle vaccine access, marshal the excess wealth of the rich to ensure speedy distribution of vaccines and PPE, and decisively address the pandemic in a way that doesn’t leave anyone behind.