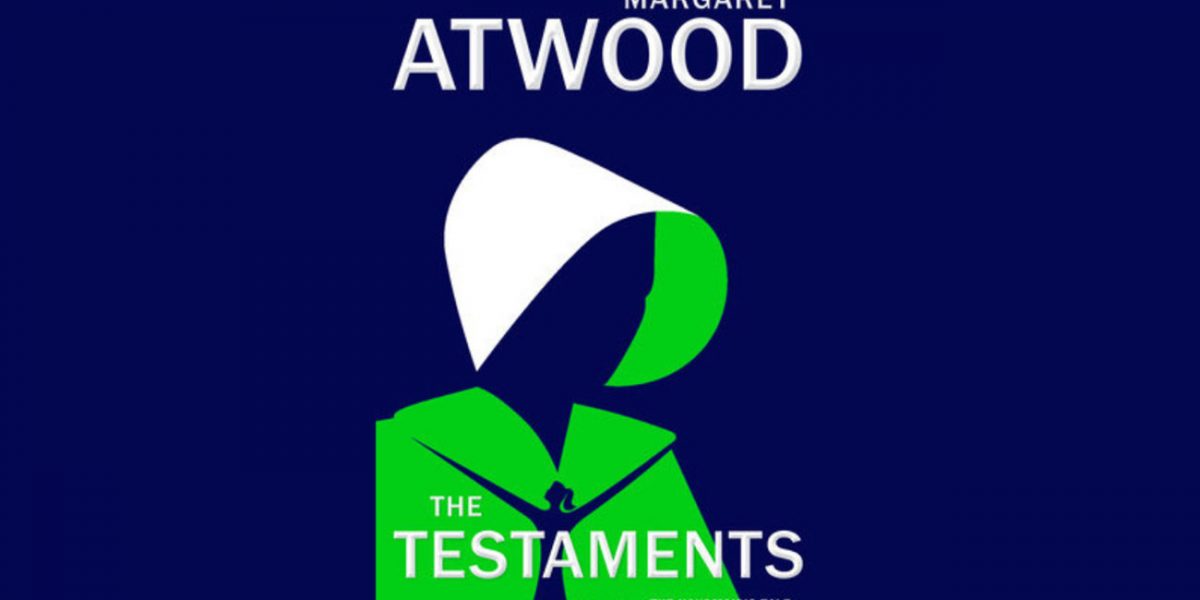 When Margaret Atwood announced her intention to write a sequel to the feminist classic, The Handmaid’s Tale, there was broad excitement both among keen readers and also loyal followers of the award-winning television series based on the 1985 book. The anticipation was palpable, with copies of The Testaments being heavily embargoed until release day, even denying reviewers an opportunity to peak into the text and reveal some clues about what happens to the totalitarian regime of Gilead in the years following the events of the book.

Atwood’s text continues to evoke many emotions and inspire resistance to misogyny, with the symbol of the handmaids serving as props for many protests against governments keen on rolling back gains women have made in terms of reproductive health and equality. However, Atwood’s own political and cultural interventions have come under more intense scrutiny, especially among a younger generation of feminist writers who see Atwood’s representations as narrow and out of step with a more intersectional analysis of oppression and resistance. Although entertaining, The Testaments also reflects the limits of Atwood’s politics, offering a feminist critique of Gilead type regimes that remains from the perspective of white protagonists and limits resistance to conspiratorial whispers rather than mass action.

In many ways, The Testaments is a crowd pleaser. It has a propulsive energy to it, tightly plotted, revelatory of details fans have been wondering for over three decades. We return to our hero June (indirectly) and get to see our villain Aunty Lydia (whose story now complicates our feelings toward her). Atwood gives us previously unknown details about the emergence of Gilead while exploring the struggle of those keen on seeing its demise. It’s all enjoyable and I powered through the excellently performed audiobook in only a few days. And frankly, the first third of this book is brilliant, with Atwood showing off her mastery of prose and plot.

Told in the form of three testimonies, one of the infamous Aunt Lydia, one of June’s daughter Agnus, living in Gilead, and the other of Daisy, a young woman living in Canada whose life is about to be turned upside down by the conflict between Gilead and its enemies. This structure for the most part works quite well, the first-person accounts feeing quite intimate, exploring into the thoughts of those living through the brutally misogynist regime of Gilead.

But something goes wrong in the last two thirds of the book that left me feeling disappointed. The story descends into a thriller that is riveting at times but also cheap, any easy fall back to those who have been drawn into the story by the Hulu series. The more contemplative testimonies of the first third of the book get replaced by accounts of pure action that seem out of place compared to The Handmaid’s Tale but also most of Atwood’s best work. Unfortunately, this narrative choice results in us getting more of the two least interesting perspectives (Daisy and Agnes) and not enough of Aunt Lydia, whose account is by far the most fascinating, delving deep into the compromises and choices one makes to survive the emergence of such a cruel society.

While The Testaments has been a huge seller and will likely please most readers, a sequel to one of the most significant feminist novels ever forces us to look a bit more closely at the kind of politics Atwood actually puts on offer. The original novel has faced criticism for avoiding issues of race, turning Gilead into a society populated solely by whites, a criticism the television show attempted to acknowledge and correct. But Atwood falls back into her comfort zone here, telling her story from the perspective of presumably three white women without a single person of colour making it onto the page. This feels lazy and shocking considering the amount of criticism leveled at The Handmaid’s Tale for its paleness. However, it is something too common in Atwood’s writing and a failing those wishing for a more diversity on the page are right to bring up.

Another question that emerges is how Atwood depicts resistance to the Gilead regime. Handmaids and other women eager to escape must organize clandestinely, through secretive channels of communication that facilitate the transportation of people out of Gilead. In some ways this is an echo of the Underground Railway and a realistic portrayal of how folks in totalitarian circumstances must organize their protest to an oppressive regime. But even the most totalitarian of societies must succumb to some sort of mass politics, which we presume eventually emerges, but which Atwood chooses to avoid by skipping ahead, as she did in The Handmaid’s Tale, to an academic symposium studying Gilead from afar and many years after the regime’s demise. Atwood is clearly more interested in the narrative importance of the intimate testimonies, but one wished we could get a little glimpse of a resistance that extended beyond whispers and conspiracies.

The biggest elephant in the room, however, remains Atwood’s role in the UBC Unaccountable scandal that rocked CanLit in recent years. The University of British Columbia’s decision to terminate author Steven Galloway from a teaching position after several charges of sexual impropriety were leveled against him was met with a very public castigation of the university, led by Atwood and other prominent figures in Canadian publishing, culminating in a public letter signed by dozens of the best-known Canadian literary figures Many younger women writers balked at this, noting that having the most powerful people in the industry come to the defense of Galloway would send a chill among women wanting to bring forward other accusations, not wanting to destroy their career prospects by exposing the bad acts of the friend of many famous writers. While several writers withdrew their names from the letter in response to the protest, Atwood doubled down, taking to twitter to belittle criticisms and publishing an opinion piece in the Globe and Mail entitled “Am I A Bad Feminist?” To say the least, this has caused a serious rift among feminist writers in Canada, with younger women writers like Alicia Elliot challenging her standing as Canada’s great feminist scribe.

So Atwood returning to Gilead and continuing this saga comes at time where her position in CanLit and her vision of liberal white feminism are being challenged and critiqued. While The Testaments has been lauded with praise, shortlisted for the Booker Prize and longlisted for the Giller Prize, we also need to ask whether this is the feminist tale we need at this point, or are other voices better positioned to put a fresher, more diverse and more radical vision on the page. My sense is that yes these new radical feminist voices are here and it is time that they get the attention they deserve.