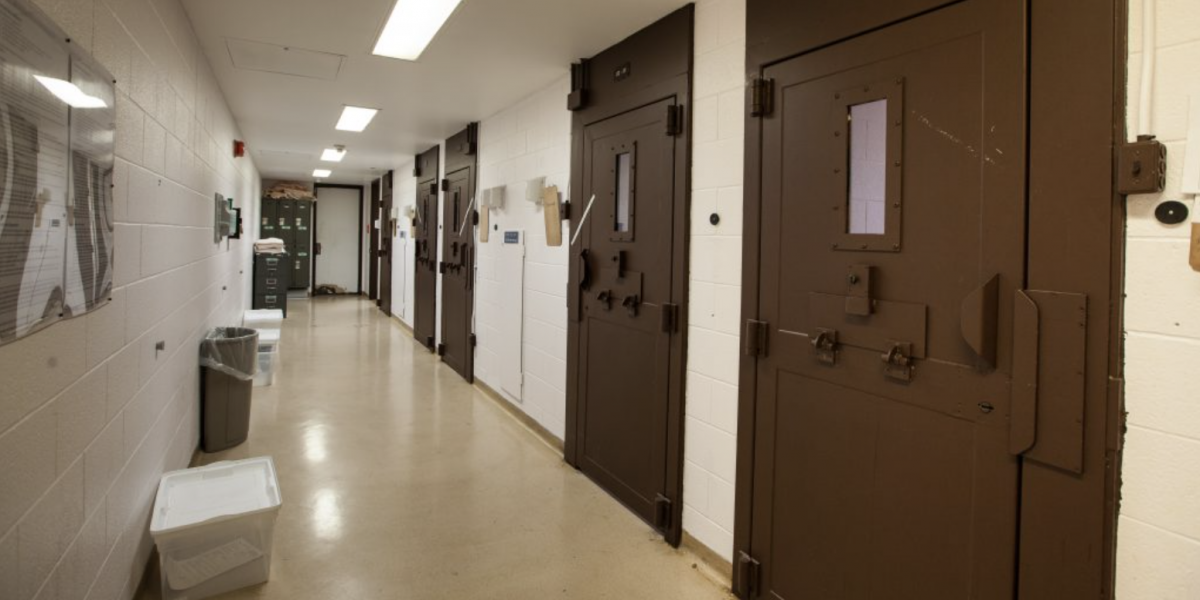 Recently it was reported that less than 50 per cent of the prisoners at the Ottawa-Carleton Detention Centre are vaccinated. Meanwhile, the death toll surges as the province battles mounting COVID-19 hospitalizations.

Even with the strictest adherence to public health guidelines on the outside, we incubate the virus inside prisons, unleashing wave after wave as guards finish their shifts, take off their uniforms and head home to their families and communities. The virus is a tsunami that will not yield to prison bars.

Meanwhile, in the criminal justice system where I work, we move through the court dockets virtually from the refuge of our homes and offices. The business carries on, undisturbed. Two years into the pandemic, physical distancing still operates as an index of privilege.

Prisoners tell the court that they are kept in perpetual “lockdowns,” trapped inside their cells for hours to weeks without a breath of fresh air. They are denied family visits and access to legal counsel, too. They are forced to triple bunk inside small cells and use the toilet in front of their cellmates. Prison shouldn’t be a COVID-19 sentence.

Prison administrators are routinely violating constitutional protections to “life, liberty and security” as lockdowns amount to de facto solitary confinement, a practice condemned as draconian by prison justice advocates and others who say it should be banned because of the suffering, self-harm and deaths by suicide caused by the policy.

The federal government introduced a bill to ostensibly do away with solitary confinement in 2019, but critics, among them Senator Kim Pate, say the provisions may actually make it easier to segregate prisoners.

The pandemic has made countless racialized and poor people disposable and has abandoned them behind prison walls, relegating Black and Indigenous bodies to disease and death in a system of state-sanctioned violence.

Nearly one out of every 15 young Black men in Ontario has been locked up in the prison system, while Indigenous people constitute a third of the federal prison population. Beyond them, in communities like Jane-Finch and Rexdale, their families are stocking our grocery shelves and working factory floors without meaningful paid sick days or any protections like decent wages and working conditions.

The courts and prison administrations have been encouraged to depopulate prisons to the extent possible, as the World Health Organization (WHO) has advised. In recent weeks, however, inmates held in the Toronto East Detention Centre revealed that they had been trapped in their cells for weeks while the virus ripped through the prison. The jail administration releases them every three days for 20 minutes at a time, forcing them to choose between taking a shower or making a phone call to their lawyers.

While the pandemic has exacerbated restrictions imposed by institutions on prisoners, lockdowns have been the standard operating procedures at institutions like the Toronto South Detention Centre well before COVID-19.

Judges have condemned the conditions at Toronto South since 2015, with an Ontario court calling constant lockdowns “deliberate state misconduct.” One prisoner has endured 409 days of either full or partial lockdowns since his incarceration in October 2019 – nearly 50 per cent of his time in custody – and has tested positive for COVID-19 twice. Premier Doug Ford and solicitor general Sylvia Jones cannot claim ignorance.

Ontario initiated a plan to reduce prison populations by 30 per cent in prisons and jails during the first wave of the virus, proving that prisoner release is a pragmatic response to the virus. But prison populations have risen back to dangerous levels. And public policy designed to flatten the curve remains incomplete without mass releases.

As of the end of January, some 19,000 COVID cases have been linked to prisons across Canada, according to data collected by the Prison Pandemic Partnership, with more than a third of those arising in the last month alone and Ontario accounting for 4,000 prisoners and 400 prison staff among them.

Prison justice groups from coast to coast to coast like the Criminalization and Punishment Education Project (CPEP) and the Toronto Prisoners’ Rights Project (TPRP) are calling for the immediate release of prisoners and investments in homes, food and health care. After all, we’re not confronting a lack of resources where the incarcerated are concerned: we already spend $5 billion on prisons and jails in this country.

In Toronto, the Police Services Board approved a $1.1 billion operating budget for police for 2022, an increase of $25 million over last year, months after the City of Toronto ordered the violent dismantling of park encampments and despite the fact the shelter system is in collapse.