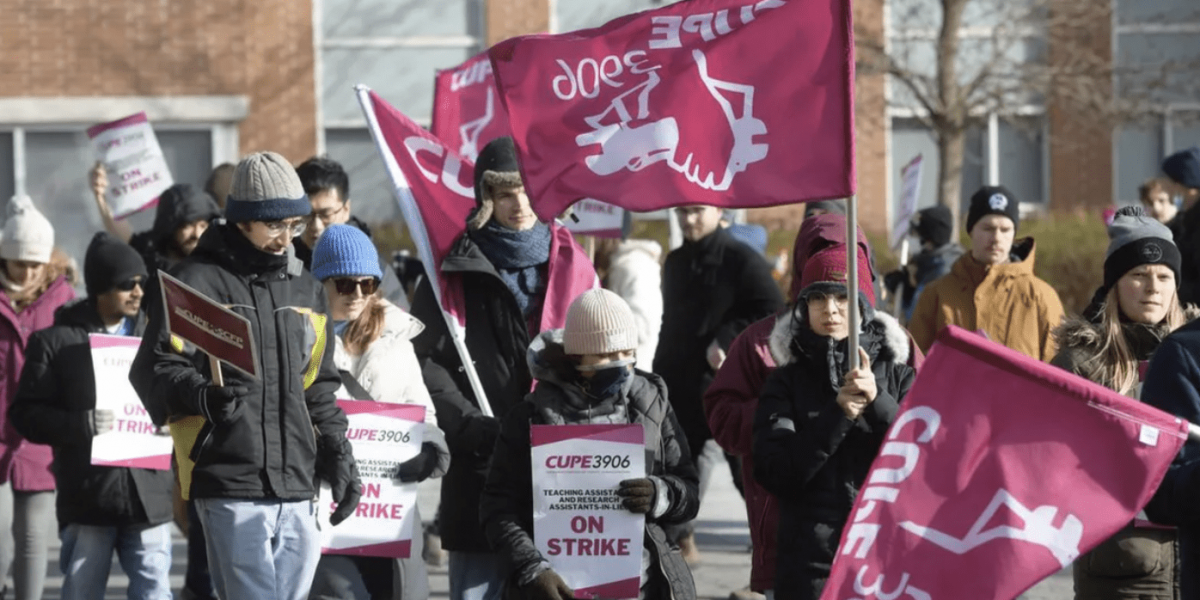 In September of 2011, the former McMaster President published a letter to the entire McMaster community on integrity. In it, integrity was identified as necessary for the future success of McMaster. That letter has been cited several times over the years. I think it is time to talk about integrity again. Integrity as decency, fairness, and sincerity as well as integrity in terms of unity and cohesion.

Recently, a group of faculty members at McMaster University organized to write an open letter in support of the now striking teaching assistants and research assistants of CUPE 3906. It was a start of something integral to the mobilization of faculty to this cause. They clearly identified the need for a fair deal for striking TAs, acknowledging the rising costs of living and the necessity of TA labour.

When communications from McMaster administrators suggested that sessional faculty could not support CUPE 3906 in their withdrawal of labour via their strike, and that they would have to complete the work of TAs who were on strike, to submit grades, integrity was what was at stake. When they also communicated that students would not be able to access extensions due to their participation in solidarity with striking workers, and that faculty would be violating the code of conduct for not taking on TA labour, matters of integrity became motivators for wider, more solidified solidarities.

I witnessed faculty speak out to name the misrepresentation of policy, to demand an immediate response and correction. I watched as faculty members organized a massive rally in support of the striking CUPE 3906 workers on campus at McMaster. They marched alongside CUPE 3906 workers and community supporters. Faculty arrived the day of their demonstration dressed in their bright academic regalia, waiving signs of support, chanting for fairness, and speaking about the need for compassion for the workers fighting for a survivable income. It was a sight to see. Balloons flew, bubbles were blown! Our integrity as a collective, across labour groups and student groups, has been strengthening as we forge alliances to collectively oppose the actions that seek to undermine the right of CUPE 3906 to withdraw their labour and have those impacts felt.

The right to strike, to withdraw one’s labour exists for very good reasons. Exploitation is a historical and contemporary reality that must be challenged. People have organized and mobilized to resist this for generations. To misrepresent policy, to induce fear in students with respect to their grades and their futures, to threaten some labour groups with penalty and others if they don’t take on struck work undermines both unity and decency. When it’s done to maintain high revenues at the expense of fairness, integrity is lost.

McMaster leaders can choose another path right now. They might choose to witness the resolve of the community they have sought to divide and see a future of caring workers who might also be cared for as they work to improve our world. In doing so, they might remind themselves of what that 2011 letter said about integrity and future of McMaster.