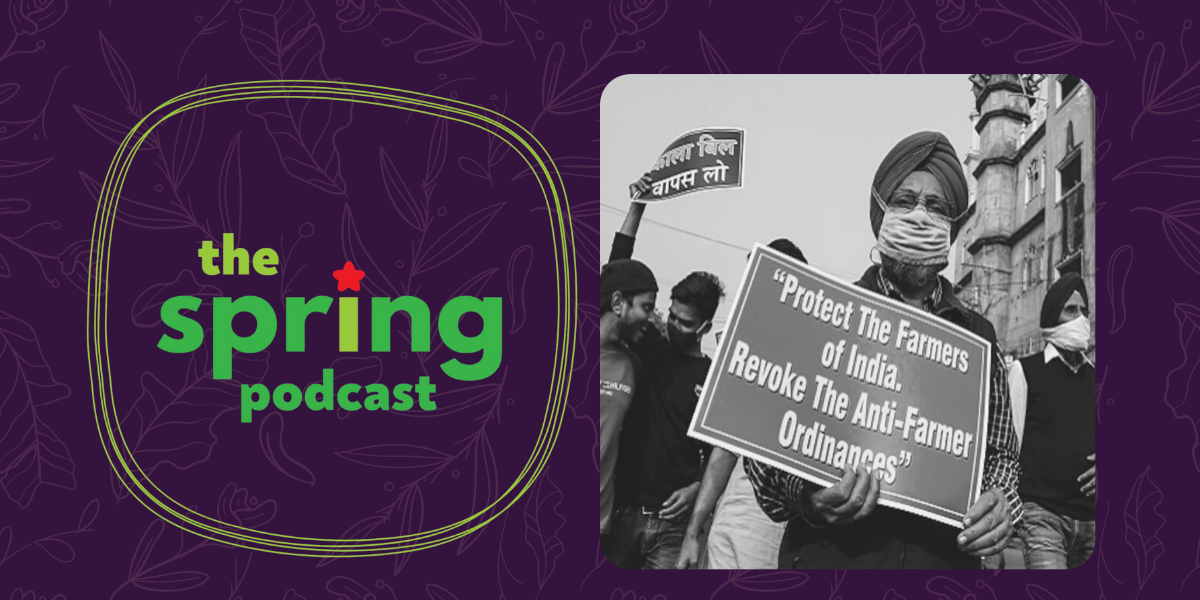 Farmers in India have been protesting against neoliberal agricultural bills since November 2020. These bills are poised to increase privatization in India’s agriculture sector and push small farmers into further precarity. 42.6% of workers in India are employed in agriculture, many of whom are small and marginal farmers, migrant workers, or landless labourers.

Since the introduction of the bills, farm workers and unions have occupied highways to India’s capital, Delhi, demanding that the bills be repealed immediately as they only benefit India’s billionaires. The movement has been a powerful resistance to India’s capitalist ruling class and the authoritarian government of Prime Minister Narendra Modi.

In this episode, we talk to Garry Sran, an economist from Brampton, Ontario, to learn about these harmful pro-privatization farming bills and how Indian farmers are resisting capitalism. Garry gives us a background to the current struggle and also shares his personal connection to the movement.