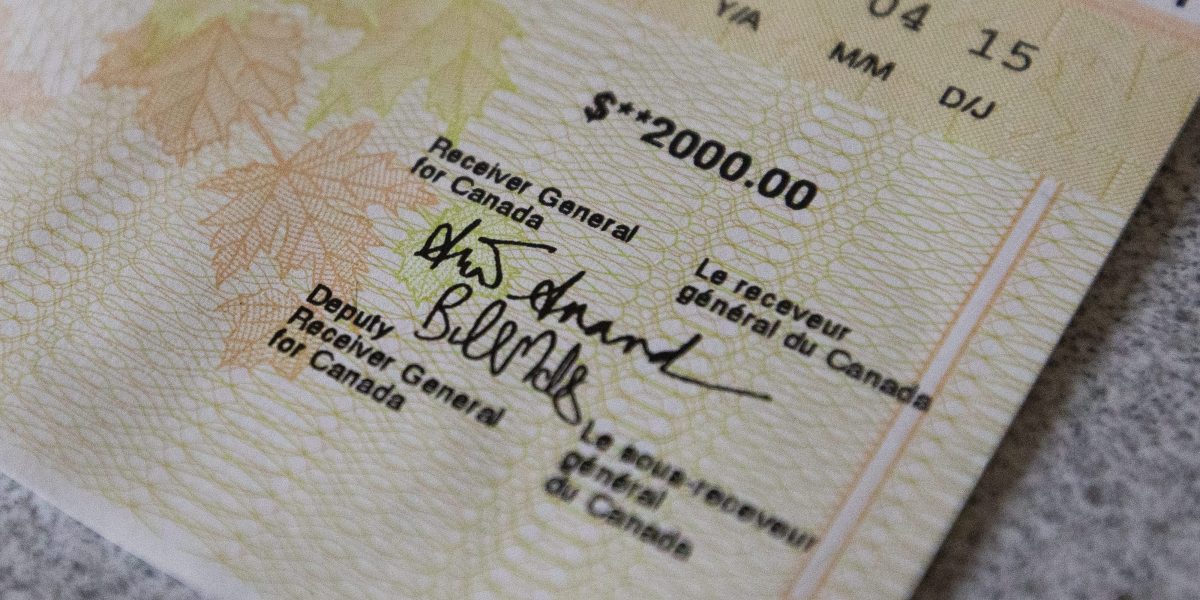 The terms “fraud” and “fraudsters” have been in the headlines recently, with the news that the federal government has overpaid Canadian Emergency Response Benefit (CERB) recipients by roughly $500 million. This overpayment has largely been the function of opening up applications for CERB through both the Canada Revenue Agency (CRA) and Employment and Social Development Canada (ESDC). The two institutions didn’t exchange information and some people that applied for assistance through both organizations received double payment for CERB. Now the federal government is planning a four-year effort to recoup the money.

There was no fraud

The labeling of these overpayments as fraud willfully distorts the issue. At the start of lockdown the message was clear, CERB was emergency aid for people in need of it. In early April of last year, some people who applied and qualified for CERB started receiving two cheques each for $2000. There was at the time an overwhelming response of people concerned about overpayment on social media, to which the Treasury minister, Jean-Yves Duclos, stated it was not a mistake.

Now the rhetoric has shifted and the same people who were told to apply and who received two checks are being blamed for, well, applying and receiving two cheques. The issue stems largely from the fact that the Canadian Revenue Agency and ESDC both allowed you to apply for CERB independently, which many people did. This was not a deliberate attempt at fraud by applicants, this was an attempt to cover all one’s bases during the application during a confusing and uncertain time. Late March and early April in 2020 was a time of high stress, with massive job losses and a newly raging pandemic. It was completely reasonable for a person wondering how they’re going to pay rent or afford groceries to apply to all forms of assistance available to them. After all, wouldn’t one expect coordination among the various departments of the government?

The onus was and should be on the government not on individuals to coordinate support during a time of acute crisis. It must be remembered that the federal government has struggled for many years even getting its own payroll system, Phoenix, to function properly for its federal employees. The Phoenix payroll system has been plagued by numerous overpayments, underpayments and non-payments. This past summer the federal government had to pay out $350 million in compensation to employees for the years of mistakes.

It is important to note that the characterization of fraud being invoked is strictly a legal term. In a very real sense the idea of fraud applies far more meaningfully to many of the businesses that received enormous subsidies being handed out by the federal government through the Canadian Emergency Wage Subsidy. Through various loopholes many large corporations and profitable companies gamed the system to get free government handouts, designed for businesses in economic distress. While likely legal, this represents a much closer idea of  fraud than individuals caught up in the federal government’s confusing bureaucracy.

The federal government has handed out $100 billion to businesses through CEWS with no stipulations as to how to use the money. Bell Canada received $122 million from the federal government at a time when they were experiencing massive profits and in turn raised dividends and later laid off 200 people. Bell and the many other companies that took stimulus while laying off workers and experiencing huge profits have not legally committed fraud but practically they have. The law is simply not constructed to capture meaningful definitions of fraud; it reflects the interests of those with power and means in our society.

Honest mistakes are being painted as fraud, and to counteract this “fraud” the federal government has started, in their own words, a ‘snitch line’ to report people that committed “fraud” with CERB. The plan to recoup the “fraudulently” received CERB payments involves a planned four year operation which will cost untold millions and with no clear picture of the cost or effectiveness.

Meanwhile every single year $81 billion is lost to tax evasion by the richest Canadians; At least $4.8 billion annually is spent on fossil fuel subsidies; Who is the government really working for?

Tax evasion alone costs the federal government over 160 times more annually than the one-time CERB overpayments so why is the government so invested in pursuing CERB when there are, and have been for decades, bigger priorities? As Taylor Scollon argued, “The point is not to uncover actual problems, but to demonize welfare recipients generally as cheaters, liars and probably criminals to boot.”

A capitalist government is necessarily dependent on and accountable to capital and capitalists. The framework we operate puts people before profits. It sees CERB recipients as fraudsters, while profitable businesses that cooked the books to receive subsidies are seen as shrewd. The ideology of capitalism only allows itself to be concerned with workers and the poor insofar as they’re “deserving.”

The definition of deserving has always been a moving goalpost that is meant to exclude those that need it most. We are told the unhoused person isn’t deserving if they use drugs to cope with the trauma that comes with being unhoused, the disabled mother trying to get by on disability payments isn’t deserving if they own a smartphone. Now the CERB recipient is undeserving if they applied to CERB through both the CRA and ESDC. The flimsy capitalist definition of deserving has been used to shrink benefits and impose austerity for years, with every concession being the result of struggle and organizing by the people. Now thousands of people that didn’t know if they would be able to pay rent, weren’t sure how they could afford food since they lost their job last March, are going to be hounded by the federal government for the next four years because that very same government mistakenly sent out checks.

We need more supports for workers

CERB was a relief measure that had the unintended effect of giving workers some amount of bargaining power, some amount of financial security to leave unsafe work. The Fight for $15 and Fairness have called for CERB extensions, full immigration status for all migrant workers, and expanding paid sick days to increase worker power and help keep everyone safe. We must support any and all measures to meaningfully increase worker power, and organize collectively to realize these measures. Whether it be the federal government trying to recoup CERB “fraud” or Molson locking out workers trying to maintain their current hard fought contract, the struggle remains the same – the poorest constantly having to subsidize the powers that be.