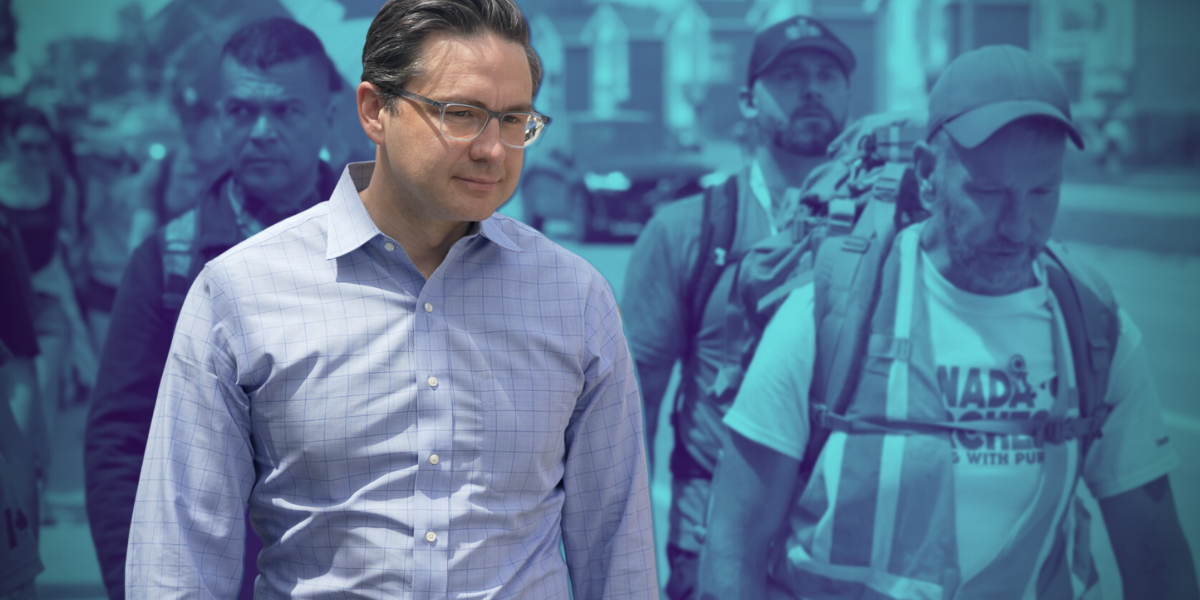 It appears all but certain that the present Tory leadership race will result in a victory for the party’s hard right in the person of Pierre Poilievre. In the spirit of not laughing or weeping but understanding, it’s crucial to assess the highly unfortunate implications of so deplorable a result. But in making such an assessment, it won’t do to simply deplore the politics that Poilievre personifies. We need to place this development in context and consider how we should respond.

From a left perspective, the immediate issue, as Poilievre prepares his victory speech, is how to effectively challenge him. A strong and healthy working class movement would be ready to contain him electorally but also to fight him to a standstill in the event that he did manage to head up a government. For that matter, such a movement would already be engaged in a decisive struggle with the more ‘moderate’ representatives of the regressive agenda Poilievre expresses.

On the sharp edge of the hard right

The policies that Poilievre embraces exist at the extreme edge of Tory politics. He doesn’t concern himself with any ‘compassionate conservative’ credentials. He gushes over the material put out by the Fraser Institute and the Canadian Taxpayers Federation. Among his idols are Margaret Thatcher and Jordan Peterson. He adamantly opposed the Canada Emergency Response  Benefit that was provided to hard pressed people as the pandemic led to economic shutdown, arguing that ‘government should not put down the credit card.’ He is in favour of gutting income support systems and providing only a ‘tiny survival stipend for all low-income people,’ which he promotes as a Milton Friedman-style basic income.

In Poilievre’s view, the present cost of living crisis can best be dealt with by attacking trade unions and imposing massive cuts to systems of social provision in Canada. As one commentator put it, he ‘is a reactionary austerity monger in the mold of a Jason Kenney, someone who will fight unions, suffocate the public sector, and cut welfare, even if those policies prove highly unpopular.’

Any appraisal of the political makeup of the soon to be Tory leader, however, will fall short if it only considers his policy choices and fails to appreciate the context in which he is operating. He draws his support from the reactionary anger of a largely rightward moving Tory base. The vicious outlook of these people hardened throughout the dismal ‘recovery’ that followed the Great Recession, the impact of the pandemic, the cost of living crisis, and the developing economic slump, working them up into a dangerous frenzy. Poilievre understands this only too well and he is more than ready to fan the flames of this hateful mood.

Poilievre is by no means the first Conservative politician to lend support to the far right-initiated ‘trucker’ convoys, but he is doing so now, in the context of the leadership race, with the intention of sending a clear message about what he represents politically. In June, he ostentatiously marched through the streets of Ottawa with convoy supporters. He was unapologetic when the inevitable far right extremist ties among the ‘truckers’ emerged and, in the face of criticism, defiantly tweeted, ‘End all mandates. Restore our freedoms. Let people take back control of their lives.’

Poilievre is fully aware that his political base is entirely supportive of right wing protests against public health measures and is, at best, unconcerned if those behind such actions are linked to fascist or white supremacist groups. He has no patience for the squeamishness of the man he will replace, Erin O’Toole, who attempted to retain a place for the Tory Party as a responsible and respectable political steward of Canadian capitalism before being dumped in February,. With Poilievre obviously in mind, O’Toole recently expressed the view that ‘as leaders we have to channel people’s frustrations into positive change, not add fuel to the fire.’ He can only be ruefully aware that his advice will be disregarded and that combustion is Poilievre’s speciality.

The rightward progression of the Tories can actually be traced over a period of decades. Following their near death experience in the 1993 federal election, when they were reduced to a mere two seats in the House of Commons, they found themselves competing with the Reform Party, which soon became the Canadian Alliance. The 2003 merger of the Tories and the Alliance led to a much more right wing Conservative Party of Canada. Alliance leader Stephen Harper went on to become Tory prime minister.

After the Tories went down at the hands of the Trudeau Liberals in 2015, Harper moved onto greener pastures, anda period of uncertainty and political instability began for their party. In 2017, the hard right came close to taking charge but Maxime Bernier was narrowly defeated in his bid for leadership and moved on to form the People’s Party of Canada. Five years later, it appears that a second attempt at a hard-right push is going to prove victorious and the Tory Party will now be steered by an intransigent and highly enthusiastic reactionary.

Some within the Canadian establishment (and some on the left) take comfort in the notion that, while he has a significant base of hard right zealots, his hard edged politics will render him and his party unelectable. This view is not as firmly rooted as may be at first supposed. This is a period when there is a general tendency for those who cling to the political centre to experience a crisis of legitimacy and radical right wing ‘solutions’ resonate among a sizable section of the population.

If the advocates of a somewhat more subtle brand of conservatism within the Tory Party have not been able to pose a viable alternative to Poilievre and the hard right, we can’t assume that the neoliberal centre, in the form of the Liberal Party, will be able to fend them off. We are a long way from the heady days of photogenic popularity that marked the initial Trudeau period. The Liberals are significantly discredited, working their way through a second minority government and running out of political shelf life.

The recent Ontario election saw the right wing Doug Ford Tories win a second majority government and their victory was largely attributable to the lack of an effective alternative. The Liberals in Ontario, greatly weakened after being driven from office in 2018, failed to regain ground, while the NDP, thrust into the role of main opposition, was also unable to galvanize support. The election result was shaped not by any great love for the Tories, but by an historically low voter turnout of 43.5%. The ‘solid majority’ that Ford achieved actually represented the support of a mere 18% of eligible voters.

The obvious danger that the Ontario situation points to is that the loyal support of a reactionary base of a very significant size, combined with the lack of a credible alternative, might well generate a situation where Poilievre could win office. In the present context of global economic crisis, it is hard to understate how reactionary and destructive his government would be.

The decisive question remains that of a working class response to this dangerous situation. We have already seen ‘the biggest protest organized by the Canadian far right since the 1930s,’ the so-called ‘Freedom Convoy,’ make its way across the country with the main organizations of the working class doing very little to oppose it. Now, a dangerous hard right populist is poised to capture the leadership of the party of mainstream conservatism in Canada.

Both of these developments point to something very clear and obvious. In these volatile and dangerous times, the right is going to advance, on the electoral front and in the streets. It won’t be contained by the squeamish moderates of the establishment. A viable left electoral alternative to Poilievre is most certainly needed but, in order for that to resonate, it is necessary to build upon struggles that are already underway across the country and create the kind of strong united working class movement that this period cries out for.

The politics of Pierre Poilievre are a very major threat but they are also a symptom of societal crisis and the lack of a fighting response on the left. Poilievre won’t wait for the next election to start spreading his poison. He’ll be rallying his hateful base and going on the attack with vigour as soon as he wins the leadership of the Tory Party. In the workplaces and on the streets, we must build the working class resistance that can defeat him and his vicious agenda.