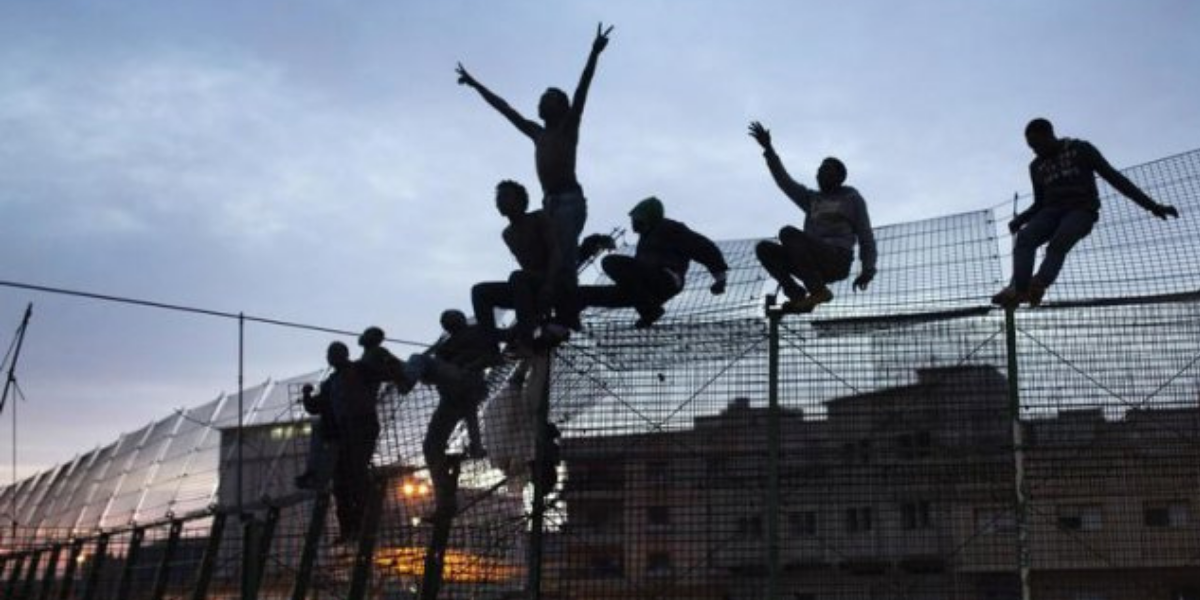 What Spain is doing to African migrants on the Moroccan-Spanish border is a crime against humanity—including beatings, imprisonment and torture. Governments create fears of migrants, and then abuse them with policies that further increases their suffering, wounds and scars. As a human rights activist based in Morocco, who has spent three years in several other African countries working in conflict and crisis areas with international relief organizations, I am writing this to denounce police violence and colonial border controls.

Africa is a rich continent, which I learned on the Congolese-Rwanda border in east Africa, and the Gambian-Senegalese and Guinea-Senegalese borders in west Africa. I worked in the vicinity of gold, diamond and cobalt mines, where the neighboring villages are poor and do not benefit from those mines exploited by the West. There are small airports in front of the mines that transport precious metals onboard planes to North America and Europe. I also saw planes transporting the wealth of the Congo to Belgium, perpetuating centuries of colonization. I always mock Western aid to Africa: they loot Africa’s wealth and give Africans crumbs.

Working with youth of the Democratic Republic of Congo, we collaborated on different initiatives—including training for advocacy on local issues, creating cooperatives for women and youth, and training in the field of media communication and modern technologies to raise their voices and defend their rights. They used to call me “Mozenko”, which means in the local Swahili language “rich white,” until they learned that I am a Moroccan (thus belong to Africa as well) who came to work for the salary of a local citizen. The children used to say to me, “These foreigners stole our wealth and transferred it to Europe, and we are here destitute poor. We have nothing to eat. When we grow up we will migrate to Europe to return our stolen wealth, and work and live as befits our humanity.”

As Moroccans, we meet people arriving through their migration journey from Sub-Saharan Africa to Morocco as a crossing point to Spain and the rest of Europe. We consider them Moroccans, because as Africans we also knew European colonialism and racism, and our wealth was also stolen by the Spanish and French colonialists.

Spain’s colonization of northern Morocco displaced the indigenous population from the cities of Ceuta and Melilla. During the Rif’s resistance in the 1920s, Spain used internationally prohibited weapons such as arrow bombs and chemical weapons. This is why a large part of the population of northern Morocco is suffering from cancer, generations after these chemical weapons were used against their ancestors. That was another form of Nazism against defenseless indigenous people during the brutal Spanish occupation, which went in line with the horrors of the Vichy rule in France that expelled Jews from Europe (including from Spain). It was the King of Morocco at the time, Mohammed V, who offered protection to Jewish refugees fleeing the Nazi Holocaust.

There was an agreement after the independence of Morocco allowing Moroccans from neighboring cities to move to Ceuta and Melilla for work or family visits without the need for visas. But it’s important to remember that these two cities were violently occupied by Spain. Many Moroccans’ are natives of Ceuta and Melilla or have families there, and Spain continues its racist treatment against those trying to cross into these cities—including Moroccans and migrants from other African countries. Thus, as Moroccans, we understand the suffering of African migrants.

Europe spends millions of Euros to polish its image and by funding youth dialogue programs between the two shores of the Mediterranean (aka. Europe and North Africa), especially supporting forums and activities for intercultural dialogue. But Europe also spends billions of Euros on racist policies towards African migrants—seen clearly in beatings and torture of African migrants by Spanish guards, which have long been reported by the international media.

I was recently watching the news when they suddenly broadcast pictures of migrants from Sub-Saharan Africa in the occupied cities of Ceuta and Melilla suffering from the violence of the Spanish police. Since I am currently in Morocco, I said to myself: “why not travel to the city of Tetouan, near Ceuta, to see things with my own eyes?”

I first took the early morning high speed train from Rabat to Tangier. There, I met youth activists also working in associations that focus on African migrants. The discussion was about the events of Ceuta, migration and the concentrated violence of the inhumane Spanish guards. We also questioned our role as Moroccans: “why don’t we support African youth who were subjected to violence and were expelled by the Spanish guards to Moroccan lands?”

Later, I took a small taxi to Tetouan, where I met dozens of young Moroccans and sub-Saharan Africans sharing their stories. I met Dialwa, a migrant from Mali who traveled a great distance to Algeria. But the Algerian gendarmerie arrested him and threw him on the Moroccan side of the border. From there Dialwa continued his route to Tetouan, and he told me about the brutal treatment he then encountered at the hands of the Spanish guards. He managed to swim to the occupied city of Ceuta, but despite extreme fatigue and shortness of breath a guard tried to prevent him from climbing on the rocks. The inhuman guard kicked him and tried to throw him back into the sea—as if to say, “Die in the sea. Don’t die on the rock of the beach.” He would have died had it not been for two Moroccan young men who helped him to swim back to the other part of Moroccan territory. These abusive actions of governments offend human rights activists, and all believers in the dialogue of cultures and religions.

From a humanitarian perspective, migrants have traveled tens of thousands of kilometers to escape colonial poverty and oppression, so they have the right to continue their journey in search of better opportunities. Not only that, but migration is also a mechanism to break prejudices between cultures and religions and to bring people together. Moreover, international laws affirm the rights of migrants. We must return to our humanity and away from racism, away from discrimination based on race, religion, color, language, or origin.

We are all human and must respect human dignity.

On June 20, World Refugee Day, join the day of action for status for all