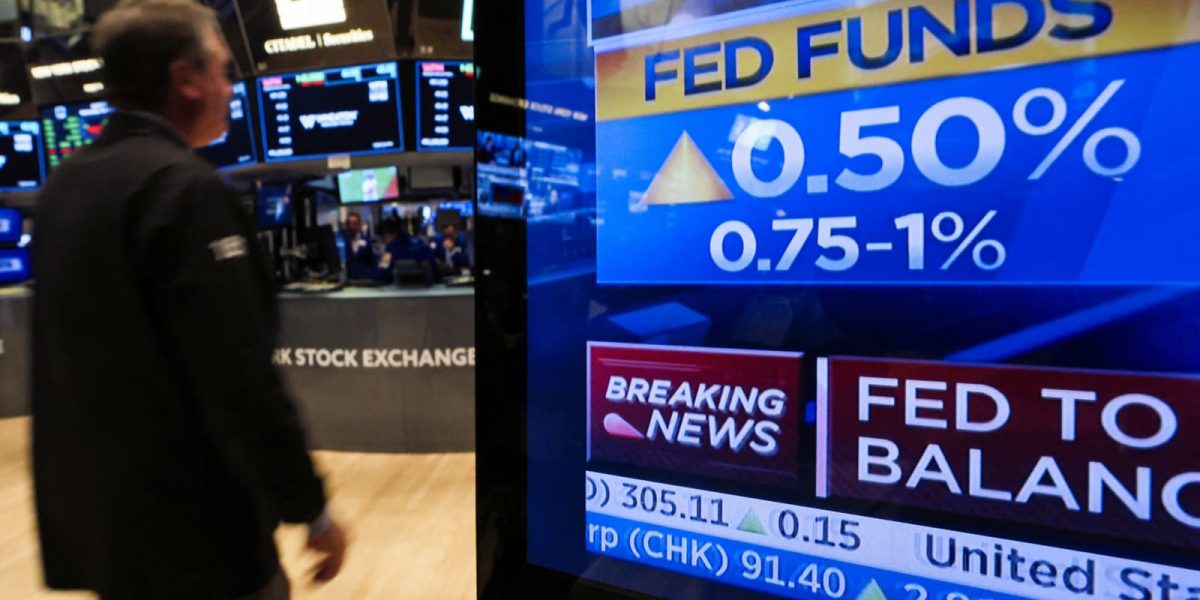 Dramatic headlines such as ‘Global markets plunge as Fed mulls biggest rate rise in decades’ are no longer surprising. Yet, the onset of the present inflationary crisis was initially met with a far more subdued reaction by policy makers and the media. A year ago, we were being told that ‘Inflationary pressures in the global economy are temporary and won’t be long-term problem’ and that the difficult patch was ‘a transitory aftermath’ of the pandemic. Though some voices were being raised that expressed more concern, the US Federal Reserve was cautiously monitoring the situation and avoiding any major response.

However, the ‘supply shocks’ that were attributed to the impacts of Covid-19 were compounded by the profound disruption generated by Russia’s invasion of Ukraine. The inflationary pressure increased and the much-heralded economic recovery became an ever more dubious proposition. The threat of long-term inflation or even a crisis of ‘stagflation’ started to enter the official discourse.

By the end of last year, the Fed was ready to change its tune and its chairman, Jerome Powell, told a congressional hearing that “We tend to use [transitory] to mean that it won’t leave a permanent mark in the form of higher inflation. I think it’s probably a good time to retire that word and try to explain more clearly what we mean.” Powell was still taking a relatively cautious approach but hopes for a minor and short lived episode of inflation were laid to rest at that point by the leading central banking authority.

At the time of Powell’s public shift in perspective, a debate was already underway over how far it was advisable to go in raising interest rates under such fragile and uncertain economic circumstances. Already by then, the more cautious view was being challenged by advocates of a hawkish approach.

The Bank of Canada clearly stood with the moderate wing of the central bankers and this is of interest because levels of household debt in Canada are exceptionally high and the ratio between home prices and personal income is perhaps the most unfavourable among the ‘developed’ countries. The general concern by central banks that strong corrective measures might lead to a widespread loss of housing and severe unemployment was, therefore, felt with a particular sharpness by the Bank of Canada.

There were, however, no lack of hawks ready to opt for a more decisive and ruthless approach. The highly influential Deutsche Bank has particularly distinguished itself in this regard. In April of this year, its economists issued a report in which they proclaimed that ‘We regard it…as highly likely that the Fed will have to step on the brakes even more firmly, and a deep recession will be needed to bring inflation to heel.’

Though it has made some shifts in approach, the Bank of England has gravitated to the more aggressive side in the debate as it has unfolded. Indeed, on June 16, the Bank’s ‘Monetary Policy Committee voted 6-3 to increase the Bank Rate by 25 basis points to 1.25%, with the three dissenting members voting for a 50 basis point hike to 1.5%.’ Strikingly, the dissenting voices were for an even more reckless course than for one of moderation.

Today, there is no question that the hawkish view is dominant and strengthening. The timidity of the Bank of Canada has been set aside. Even as the results of a Manulife survey reveal that ‘Nearly one in four homeowners say they will have to sell their home if interest rates go up further,’ the central bank is ready to join the consensus on driving up rates. The Bank’s governor, Tiff Macklem, recently stated that “We think the economy needs higher interest rates, and it can certainly handle higher interest rates.” He coolly informed those worried about a housing crisis that “Our primary focus is getting inflation back to target. You know, monetary policy is not housing policy.”

The Fed is now firmly in line with the need for strong action and Powell is going out his way to stress that the driving up of interest rates is intended to ‘get wages down.’ Though he still professes that he wants to avoid a recession if possible, he is clear that his class war approach will not be a squeamish operation. “The Fed could be faced with a Hobson’s choice: Push the economy into a mild recession or wait and possibly cause a more significant recession,” he declares. This aggressive perspective has now found its expression in a three quarters of a percentage point increase, the Fed’s ‘biggest move since 1994.’

Yet, as this consensus on driving up the rates is consolidated and put into effect, it is clear that something more than a pragmatic adaption is at work. The hawkish viewpoint has been brewing for quite some time and is based on strategic thinking that is about more than the immediate crisis. Former Treasury Secretary, Larry Summers, was an early advocate of tougher measures. Last year, long before the Fed responded, he was suggesting that inflation was going to be a much more substantial problem than the official line was suggesting.

Summers now argues that the present inflation rate is being severely underestimated and his conclusions point to the possibility of drastic measures comparable to the ‘Volcker Shock.’ In 1980, the Chairman of the Fed, Paul Volcker, introduced massive interest rate hikes that threw the global economy into a deep recession. As Fortune Magazine puts it, ‘But if Summers is right, it would mean that inflation may be significantly less responsive to monetary tightening than first believed, and that the current Fed administration under Chairman Jerome Powell may have to be even more aggressive to get results, despite the recession risks.’

The present drive to push up interest rates comes at the end of a long period, following the financial crisis and Great Recession that unfolded 2008-2010, in which global capitalism has been kept on life support in the form of zero interest rates and quantitative easing. Far from creating a robust economic upturn, a long sluggish recovery ensued, with low productive investment and the creation of an asset bubble, based on parasitic speculation. The pandemic crisis made this ‘stimulatory’ approach even more important, so as to limit the scale of the inevitable economic slump, but a sharp change of course is now well and truly underway.

The effort to keep a weak recovery alive, through low interest rates, had its opponents within the power structure all along. Throughout the 2010s, there were those who felt that a reckoning was inevitable and that the longer it was delayed, the worse the final result would be. Thomas Hoenig, who was president of the Fed’s regional bank in Kansas City until he retired in 2011, was one such figure. His opposition to the low interest rate approach pushed him to the margins towards the end of his career but he is now being sought out for ‘told you so’ interviews. He holds up the Volcker Shock as a model and declares that “There is no painless solution. It’s going to be difficult. And the longer you wait the more painful it will end up being.”

While the threat of stagflation has been the key factor in shifting official opinion so decisively and swiftly, there is more to it than this. Interest rates are simply a class war weapon in the hands of the capitalist state. Before the neoliberal assault weakened trade unions and intensified the exploitation of workers, a focus of central banks was the non-accelerating rate of unemployment (NAIRU) and very precise policies were adopted to use interest rates to ensure enough unemployment to keep wages in check. Today, the same idea is at work and it has been decided that, regardless of how fragile the economic situation may be, a climate of desperation must be created that can crush any upsurge in working class militancy, depress wages and boost profits.

Of course, the argument that inflation is primarily driven by wage increases, the ‘wage push theory,’ is self-serving nonsense. In the recent period, workers’ wages have been losing ground and ‘It’s profits that have been spiralling upward.’ In the UK, ‘real wages are falling off a cliff’ and the claim that they are driving up the cost of living is as sensible as suggesting that someone running for a bus is causing it to accelerate. Yet the effort to increase profits, at the expense of working class people, is real enough and it is being put into effect in deadly earnest.

There is another side to the present situation that needs to be considered. The sustained effort to stave off or pull out of economic slump, over the last decade and a half, has meant that a key feature of recessions has been very much reduced. The downturn phase of the ‘business cycle’ has historically seen weaker and less competitive operations driven out of business but this destruction of capital has been limited considerably by state policy.

In considering this side of the question, Michael Roberts points out that, ‘Profitability would only increase if some rotten layers of capital were removed. There are, for example, the so-called zombie companies, which make little profit and can only just cover their debts. In the advanced economies, we are now talking about 15 to 20 percent of the companies that are struggling in this situation.’

This second element of ‘creative destruction’ is very much involved in the present calculations of the cold-blooded bean counters of global capitalism. Like the effort drive down wages, it is about creating the most favourable conditions for intensified exploitation and increased profits. These are not minor policy adjustments but ruthless measures of class war and the period ahead will be shaped by this attack and our resistance to it.

This article was first published on Counterfire.