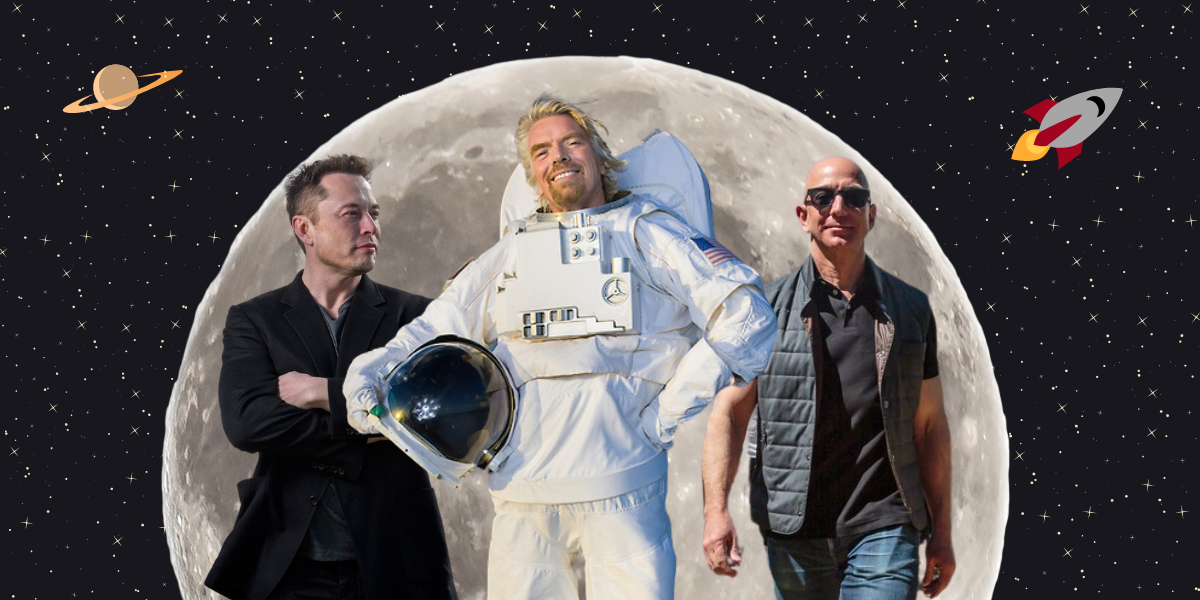 Discussions of space travel inevitably involve talk of dreams. Shortly after launching into space for the first time on July 11th, self-proclaimed “tie-hater, adventurer,” and billionaire Sir Richard Branson of the UK tweeted an inspirational sentiment about dreams:

“To the next generation of dreamers: if we can do this, just imagine what you can do.”

With videos of himself twirling and somersaulting in a spacecraft all over his social media pages, the whole stunt will undoubtedly serve as good publicity for Branson’s space tourism company, Virgin Galactic. Nine days later, Jeff Bezos followed Branson into space for a few brief moments. Incidentally, Bezos also cited a childhood dream as his motive for going to space and also happens to own a space tourism company called Blue Origin. Thanks to substantial funding from NASA, Elon Musk is also developing his own company, SpaceX, and aims to launch humans into space by 2024.

For most of us on planet Earth, the ultimate dream is to survive increasingly volatile conditions on this planet. We are living in a year of wildfires in British Columbia, California, and Northwestern Ontario, as well as flooding in Western Europe and the New York Subway. Not to mention the global pandemic, which continues to rage in many countries due to continued vaccine inequality. Meanwhile in the United States, roughly 31 million people don’t have access to healthcare, 6 million faced eviction in June of 2021, and over 500,000 were recently estimated to be homeless. In 2020 alone over 400 people became billionaires worldwide.

In this context of extreme wealth inequality, the dream of space travel starts to seem unbelievably indulgent. But Branson and Bezos’ voyages are only the beginning of a new industry. Space tourism is estimated to generate $8 billion in profits by 2030. It’s not a childhood dream that propels billionaires into space, it’s profit and a colonial desire to expand and conquer. In a phrase that recalls the language of the British Empire, it’s been said that space tourism is soon to become “the crowning jewel of capitalism.”

Claiming innovation, progress, and the fulfillment of lofty childhood dreams, Branson, Bezos, and Musk are competing for profits in a new industry that is far more destructive than it is progressive. Contributing no new innovation, space tourism poses a serious threat to the environment and requires funds that could vastly improve the lives of people on earth.

Elon Musk’s initial name for the rockets he hopes will one day establish a colony on Mars was Big Fucking Rockets, or BFRs. After rechristening them more decorously as ‘Starships’ and running more tests, Musk plans to reuse these rockets up to five times. He claims this will make them greener and more affordable. In competition with Branson, Bezos also claims that Blue Origin’s rockets are greener than Virgin Galactic’s.

In reality, no rocket is even remotely “green.” Rockets produce 100 times more CO2 per passenger than airplanes. Moreover, CO2 and other gases emitted by rockets can linger in the stratosphere and mesosphere for two to three years, during which time they erode the ozone layer and contribute to heating.

The only environmentally friendly approach to space travel would be to simply not travel to space. We don’t need greener rockets or any privatized space travel. The time left to halt climate change is dwindling rapidly and wasteful, destructive tech will only speed irreversible environmental destruction.

These billionaires’ false claims of concern for the environment are almost as troubling as the emissions themselves. In 2006, Branson pledged 3 billion towards research on environmentally friendly fuels. For this, he received a United Nations Correspondents Association Citizen of the Year Award. Yet Virgin Galactic aims to eventually launch 400 space flights a year. 600 people have already made reservations for a brief tour of space at the price of $250,000. These hypocritical performances of concern for the environment only divert attention from Branson’s culpability in the climate crisis.

Not only is space travel not green, it is not remotely affordable either. Most space ventures cost at least several billion dollars. The Toronto Star argues that given their combined net worth of $400 billion, the space musketeers could pay for the entire world to be vaccinated and end homelessness in America while remaining billionaires. Instead, they further pollute the environment in showy displays of ostentatious wealth for a mere several minutes in space.

The ultimate dream for most people is a stable life, including access to enough resources. And this is achievable. The Earth gives us everything we need and more. We should be spending as much of our resources as possible figuring out how to redistribute wealth and treat the environment with the respect it deserves. And to achieve this means not only taking on the billionaires, it means taking on the capitalist system which produces them.