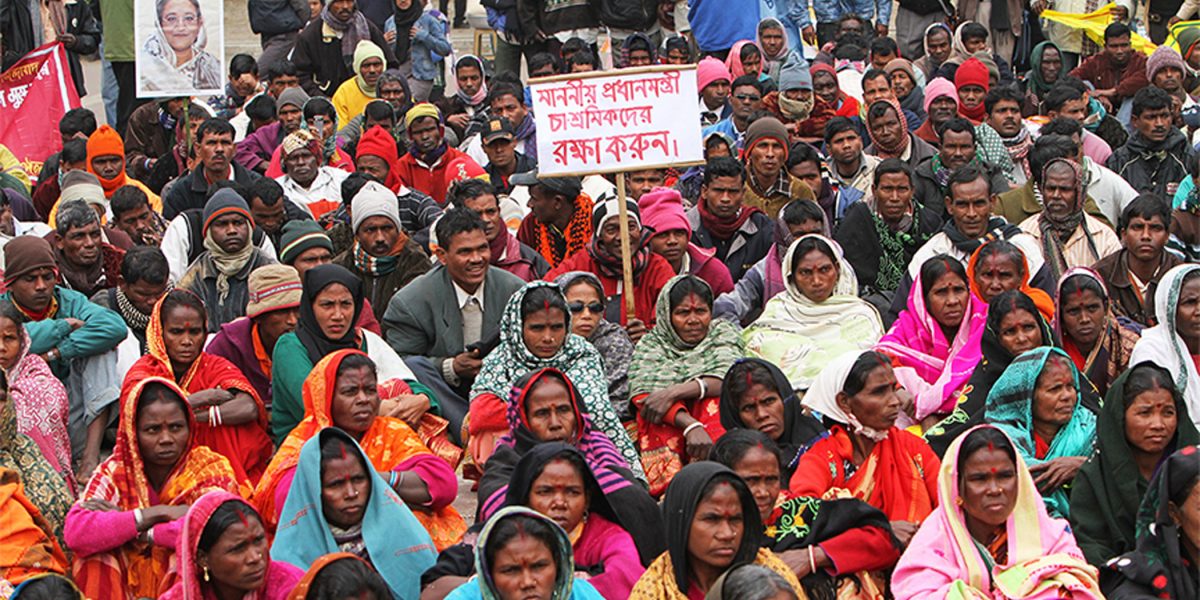 On May 20, 1921, around 3,000 tea labourers were waiting at Chandpur railway station in what was then East Bengal. The last train had left at around 10:30pm. The stranded workers and their families went to sleep after having a scanty meal supplied by the local people. At the dead of the night, in the presence of the commissioner, the magistrate and the railway officials, after the lights were put out, after all the outsiders were turned out of the station yard, the infamous Gurkha troops were let loose upon these tea labourers.

That unprovoked and brutal attack has another parallel in the history of South Asia: The Jallianwala Bagh massacre led by Col Reginald Dyer on April 13, 1919 in India’s Amritsar. Freedom Fighter  Chittaranjan Das (CR Das), who visited Chandpur immediately after the event, pointed out in his testimony that the officials admitted they had wanted to “create ‘an impression’ on the coolies (low-waged day labourers) very much the same way in which Dyer had created ‘an impression’ in Amritsar.”

What was that impression? Dyer, by his own admission, had sought to “teach a lesson” to the “wicked Indians” and create a “wide impression” of the costs of defying lawful authority by killing hundreds of people in cold blood. In the case of the Chandpur attack, the British government, in collusion with tea estate owners, tried to teach the sanctity of capital and profits by suppressing a revolt by the tea workers, who abandoned en masse the tea estates in Chargola and Longlai valleys (in Sylhet) and marched towards their home of origin to escape serfdom (with the slogan “Mulluk Cholo” or “return to homeland”).

But the tea workers won the day. The exodus created a political tumult for nearly three months (May 3-August 3, 1921). An economic struggle in the beginning, the sporadic strikes culminated into a mass political action, as Amalendu Guha commented in his book “Planter Raj to Swaraj” (1977).

The widespread strike of tea workers was immediately followed by the equally famous Assam Bengal Railways and Inland Steamer Navigation workers’ strikes. Various groups of professionals and workers joined the strikes in protest against the brutal police firing on tea garden workers. Almost the entire East Bengal cheerfully undertook sacrifice to support the cause of tea labourers. The British government was forced to make arrangements for the tea workers to return to their home states.

Although the massive strike and sacrifice of the tea workers “laid the foundation of Swaraj Sovereignty),” as termed by Chittaranjan Das, the situation in the tea plantation estates didn’t change much. The colonial British Empire ended in 1947. Unfortunately, the tea labourers’ struggle didn’t end. The governments of the natives weren’t any less brutal or unmindful to the woes of the tea labourers. Tea workers in Bangladesh again valiantly fought against the Pakistani hoarders in 1971. Has independence brought any change to their lives?

Tea workers are one of the least paid labourers in the country. Recently, the Minimum Wage Board finalised the draft of a wage recommendation for tea workers, fixing a ridiculous figure of Tk 117-120 ($1- $2) as daily wage. It seems the tea garden owners have hijacked the wage board. Tea workers also don’t enjoy the rights of workers as stipulated in the country’s labour law. For example, after working all their lives in the tea gardens they don’t get gratuity at the end of their services.

However, the sufferings of tea workers are not limited to the wage and labour issues. They are one of the most excluded and marginalised sections of society. The old colonial and racist system is still deeply entrenched in the estates. Tea labourers are kept isolated from the mainstream communities. They are tied to the tea gardens. They don’t possess any land inside or outside the gardens. They have to live in labour lines (residential areas of the workers).

Therefore, when they demand gratuity upon retirement, they are threatened with eviction from their residence. A family member replaces the retiree to continue to live in the same small plot of land, and thus the exploitation perpetuates for generations. They have little access to government services. You will hardly find the “developmental state” there, except when there is a law-and-order problem.

Freedom Fighter Chittaranjas Das made a pertinent point in his testimony regarding the tea workers’ march and subsequent attack on those workers in Chandpur. “I assert with all the emphasis I can command that these strikes are not labour strikes. They are not political either. They are national. They have sprung from the same spirit with which the battle of Swaraj is being fought all over the country, and is part of the general non-cooperation movement,” he said. I think the government should learn from the insight of this great leader of undivided Bengal. The problem of tea workers is a national problem. Bangladesh should not continue a colonial production system and the extreme exploitation of labourers involved in the process.

Globally, the plantation system has undergone substantial changes. Previous plantation colonies such as the Caribbean Islands and Mauritius are now ruled by the descendants of those who were taken there as slaves and indentured labourers. The wage and living conditions of tea workers in neighbouring India are far better than those of Bangladeshi tea labourers. In India, for example, an unskilled worker gets a minimum wage of 331 rupees per day, which is more than double in comparison to a Bangladeshi skilled worker.

Along with the tea workers, we must raise our voice for restructuring the tea plantation system in Bangladesh. Not out of sympathy for their woes, but in solidarity with their fight for their rights. If we continue to maintain silence in the face of such injustice, we will only perpetuate the oppression of capital and its subservient state apparatus.

A version of this article was first published by The Daily Star.