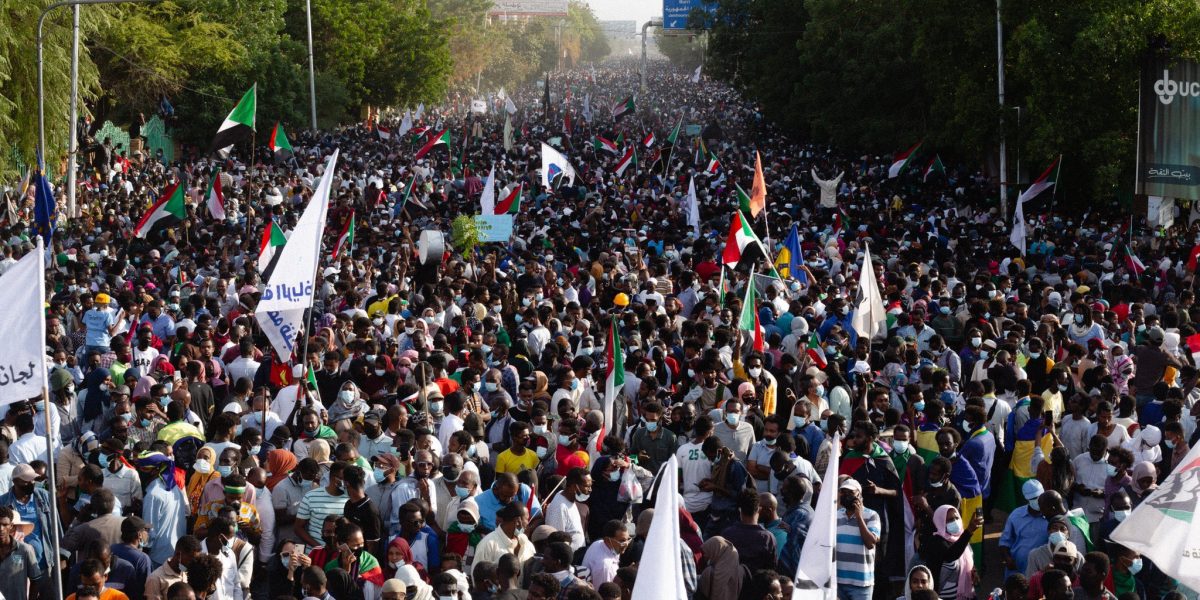 June 30 is the 33rd anniversary of dictator Omar al-Bashir’s 1989 coup that overthrew the existing elected government.

Since 1956, when Sudan won independence from the British empire, the people have suffered a series of dictatorships, yet they have always fought back. Three years ago a popular uprising ousted Bashir and established what was supposed to be a “transitional” combined civilian-military government, with a commitment to free elections in three years. That commitment was broken in October 2021 when the military staged a coup.

This year June 30 will be marked by the continuation of massive protests in the streets of Sudan to try to end the latest military takeover and establish fully civilian rule. There will also be marches in big cities around the world where the Sudanese diaspora is organized.

In Toronto, over a 100 people came out on June 25 to mark the June 30 anniversary and call on the Canadian government to support the democratic demands of the Sudanese people. Yasir Mahaguab, a Suadanese organizer, notes that June 30 is a turning point in Sudan, marking a bleak day for the Sudanese people, “the memory of that extremely bad day in Sudanese history is strong because so many bad things have happened since then.”

Mahaguab, notes the continued popular uprising, shows the aspirations and power of the Sudanese people, “we have been in the streets for the last four years, the longest revolution in the modern era. We will continue to stick to our guns and support our people.”

“What we want from the Canadian government is to support the Sudanese people,” said Mahaguab. “We have our legitimate demands to establish a civilian-led, democratic system and establishments.

The Canadian government has not voiced its opposition to the military coup in Sudan. It continues its regular diplomatic and businesses relationships with the military government.

Elham Bakri, co-founder of Kandaka International for Women’s Rights, an organization supporting women victims of violence in Sudan echoed those sentiments, “We want the world to keep an eye on Sudan on June 30 because the military regime has been using extreme force, live ammunition, and we have lost over 100 marchers, shot and killed in cold blood by the military government. We want to stop it and support the revolution.”

While the Canadian government has not opposed the coup in Sudan, the trade union movement in Canada has started to take a stand. The Vancouver District Labour Council, the Ontario Federation of Labour and the Peel Region Labour Council have all passed motions opposing the coup and supporting the popular movements for democracy in Sudan.

The Sudan Doctors Abroad (SDA), which includes the Sudan Doctors Union-Canada has also voiced opposition to the coup. They issued a statement detailing how the government has been routinely violently cracking down on protesters. They called on the international community to support the Sudanese people, stating “we call upon all those who value freedom, peace and justice to do what they can to support the people of Sudan in their hour of need.”

Bakri notes that determination and unity are what is needed to win the revolution and stop the forces of reaction.

In Canada, the left must pressure the Canadian government to tell the Sudanese military government to release all political detainees and to cease all its repression of protests. Use this draft resolution against the coup in Sudan to raise the issue in your union or civil society group.