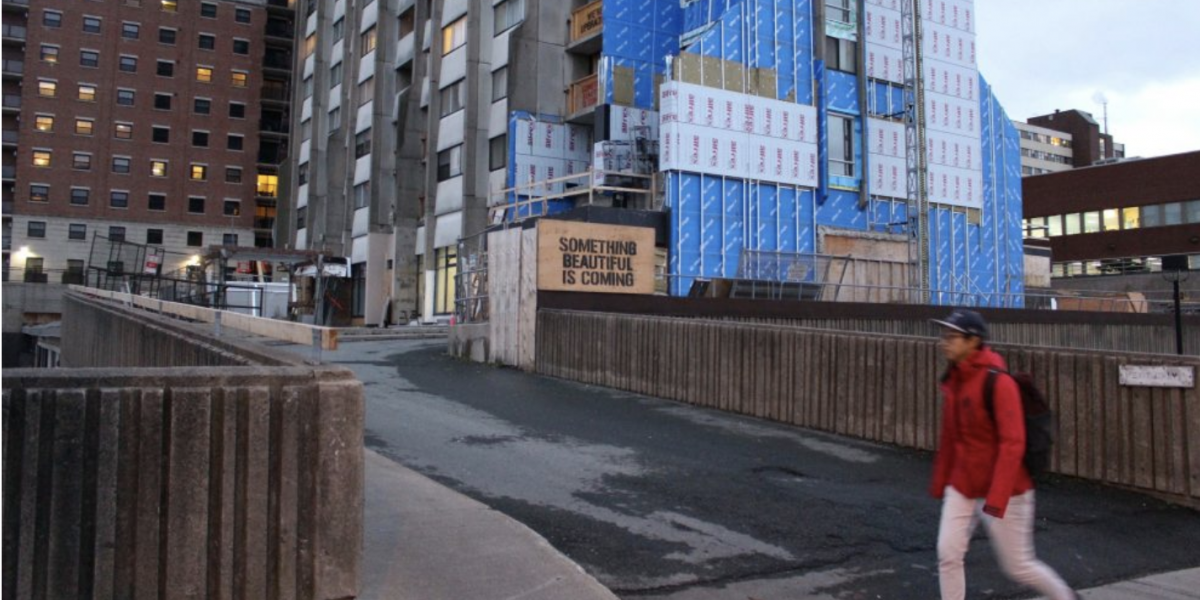 In early October 2021, Nova Scotia’s Conservative Premier Tim Houston announced rent increases in the province would be capped at 2 percent.

The rent cap will last until December 31, 2023, or until the provincial state of emergency has ended. This came as a surprise to the party’s critics and supporters alike as the Premier has previously made his feelings clear about capping rents.

Houston argued that while the rent freeze is not a long-term solution, it is an attempt to address the housing insecurities citizens of Halifax face. Like most cities, Halifax is undergoing a housing crisis: affordable options are limited, and low housing supply keeps pushing rents upward. This rent cap should be viewed as a victory, as it may offset many evictions as people cannot afford already inflated rental prices.

But the cap is not enough. The COVID-19 pandemic led to a boom of individuals from outside the Maritimes moving East, and Nova Scotia is on track to pass 1 million residents. This influx creates competition in the housing and rental markets, thus driving up the cost of living in maritime cities like Halifax.

According to the Affordable Housing Association of Nova Scotia, 443 individuals were experiencing houselessness in Halifax as of December 7. This statistic has risen steadily over the course of the past two years. Despite the drastic increase, the sad reality is Halifax has done very little to combat houselessness, leaving it up to those individuals to make solutions themselves, with little support from the government. The lack of support for public and transitional housing is felt heavily amongst Halifax residents.

The Mi’kmaw Native Friendship Centre is just one of the shelters for those experiencing housing insecurity that have had to shut their doors. The government had failed to provide secure funding for the 2022 lease year. The MNFC shelter recently announced its closure amidst a union drive by the staff. The closing of this shelter leaves 40 residents of the shelter in the cold and forced to face the unfair and expensive private market.

Students and the rental market

Halifax boasts a sizable university student population. With six universities, Halifax is advertised as a desirable place to study. A perfect blend of city and nature, it brands itself as a warm, favourable community for students. As students return to school for the 2021-22 year, they were confronted with a new challenge: finding affordable housing in a city that has seen its rent prices soar. The largest university in Halifax, Dalhousie University, has an undergraduate population of nearly 20,000, 62 percent of whom are from out of province.

The large student population provides diversity, culture and helps benefit local economies within Halifax. This year Dalhousie has given their first-year students priority in enrolling for residences. Residence is limited due to COVID-19 regulations this school year, making dorms difficult to be accepted into for those not wanting to tackle the city’s rental market. Once accepted, the challenges for students aren’t over, as they still face high residence and meal plan costs.

The average cost of rent has increased to $1,113 a month within Halifax. Even if a student were to score a room in a house to rent at $750 a month, it would take at least 60 hours a month working to pay inflated rent while doing full time studies and extracurriculars. For students this is a stretch that will impact their mental health, financial security, and academic performance. For working class students this creates yet another barrier to accessing a university education.

Many students living in Halifax live in suburban neighbourhoods near where their school is situated. They compete with non-students in these highly contested neighbourhoods. Because they often have full-time or steadier employment, these non-student renters may be a more “suitable” choice for landlords. There are few student-friendly renting options — or, more, fittingly, student-tolerable renting options. As a result, we see student homes converted to fit as many vulnerable young people as possible under one roof so landlords can turn a bigger profit. These old, cramped buildings — on top of a lack of bargaining power with landlords — put students in potentially unsafe housing conditions.

Many students have had to resort to moving home, switching universities, or leaving in general due to the high cost of living and low wages offered in Nova Scotia. Despite this, Halifax continues to advertise itself to students out of province to draw more people to an already overcrowded and underhoused city. Given the depth of Halifax’s housing crisis, affecting everyone from residents or visiting students, the solution is clear: there needs to be more affordable and safe housing for all.

Affordable housing for all

Those who have been affected by housing insecurity understand what a struggle it can be. Allowing for affordable housing to be built benefits communities as a whole, as well as student communities. Many have made initiatives, but a very successful example comes out of Montreal.

At Concordia University, students seemed to face the same problem as the ones here in Halifax. If you do not qualify for residence, you must find off campus housing, which has proved to put students at a financial disadvantage. UTILE, a group dedicated to providing affordable housing options for students, in conjunction with the Concordia Student Union, provided students in downtown Montreal with 123 affordable rental units in 2021. These units are rented at 78% of the median rent in the area, and are also offered to non-students. The benefits of this have been huge for the Concordia community. The president and CEO of Société de dévelopement Angus has stated that these housing options attract students, create more diversity and enrich communities. As a city where affordable housing is becoming increasingly scarce for students and non-students alike, Halifax can learn a lot from this.

Past provincial governments have failed to address the ongoing housing crisis. The housing market has failed the city’s renters and there is no way to achieve housing justice and affordable housing via market based solutions. The only way to achieve affordable housing and justice for renters is through collective campaigning to invest in public housing. There is no reason to accept the housing market for what it is, and more must be done to bring attention to the city of Halifax and the province of Nova Scotia. Contacting local MLAs and getting involved with groups like ACORN are steps we can take to fight for affordable housing for all.