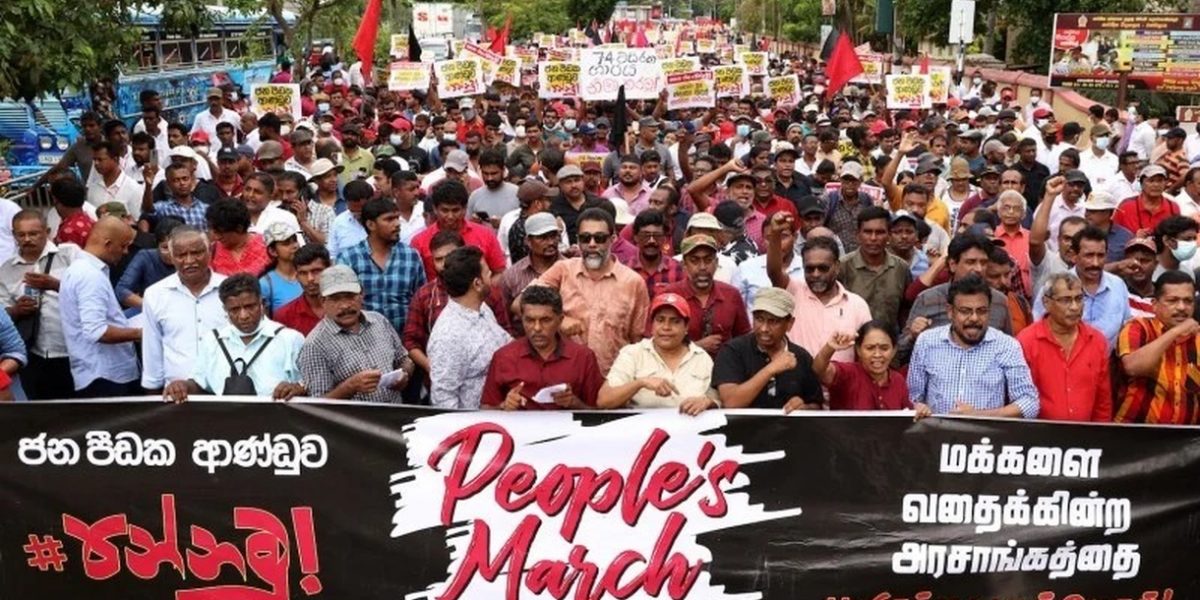 The following is an urgent appeal for solidarity. Please forward to student, education, and trade union organizations.

Students, teachers, and trade unionists in Sri Lanka are facing a growing campaign of repression by the government amidst the country’s worst economic crisis in decades.

Since March 2022, the island nation has been rocked by mass protests over inflation, fuel and food shortages, government corruption, and attacks on fundamental freedoms. On July 9, tens of thousands demonstrated at the President’s House in Colombo, Sri Lanka’s capital, forcing the resignation of President Gotabaya Rajapaksa on July 14.

His successor, Acting President Ranil Wickremesinghe, initially supported the protesters but escalated the crackdown on dissent following his appointment. The targeting of education and democracy activists has been widely condemned, including by the United Nations Human Rights High Commissioner, Amnesty International, and the International Crisis Group.

On August 3, police arrested Joseph Stalin, General Secretary of the Ceylon Teachers’ Union and a leading human rights campaigner. Stalin is the most senior trade union leader detained during the government’s crackdown. Following protests by teachers, he was released on bail.

On August 18, police arrested nearly 20 people during a march led by the Inter University Students’ Federation, the largest student organization in Sri Lanka, to protest the economic crisis and government repression. Most protesters were later released, but the government invoked its Prevention of Terrorism Act on August 22 to justify the continued detention of student leaders Wasantha Mudalige, Hashan Jeewantha, and Galwewa Siridhamma.

As students, education workers, and trade unionists, we strongly condemn the targeting and detention of student and labour activists in Sri Lanka and demand an immediate end to the government’s campaign of repression.

We defend the rights of students, education workers, trade unionists, and all people in Sri Lanka to engage in the legitimate mass protests sweeping the country in response to the worsening economic crisis and urgently needed reforms.

We call on student and labour organizations outside of Sri Lanka to express their solidarity with the protests, demand an end to the crackdown on dissent, and defend the rights and civil liberties of the protesters.

How you can help: