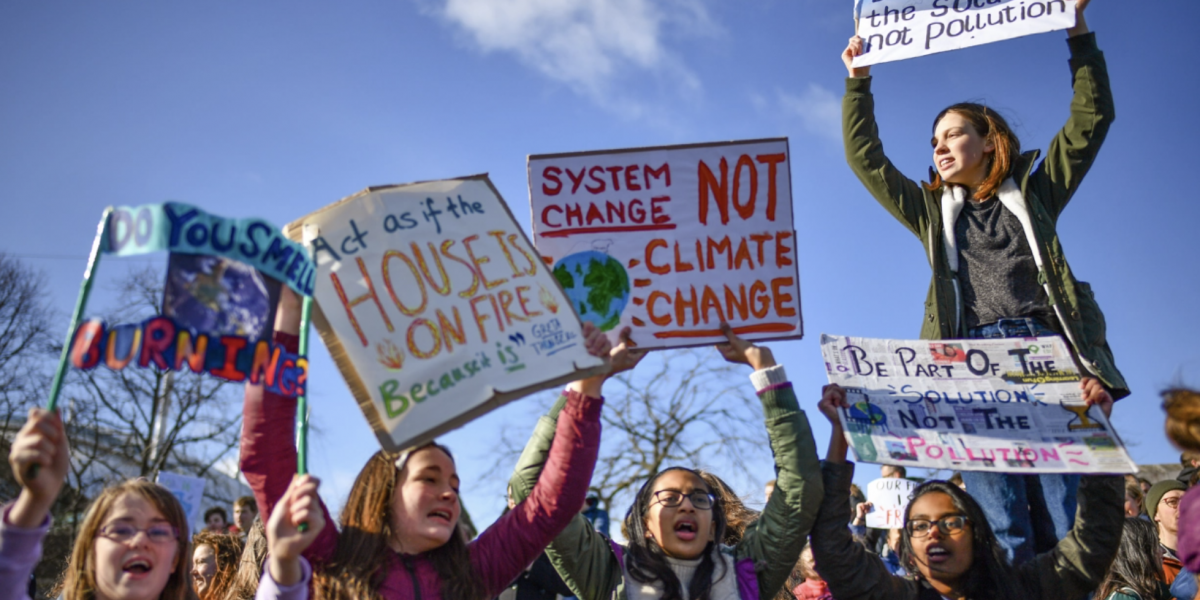 The climate crisis is not the future anymore, it is the present. The climate crisis is a global public health issue that is killing people every day. Indigenous peoples and people of colour are disproportionately affected by climate change, and naturally, the mainstream does not pay attention to the struggles of racialized communities. Attention is too frequently diverted from the harder to swallow truths, lest the listener label the speaker as “radical”. But the truth is radical: there is no addressing the climate crisis without systemic change.

There are roughly 78 corporate conglomerates (Exxon-Mobil, Bank of America, etc) that profit from the destruction of the land, oceans, and people. These superpowers have used their wealth to push their political agenda of denying climate change or delaying concrete action. Spokespeople funded by these corporations make it seem like everyone has been “ignoring signs of climate change”, which is putting the onus on consumers. But the climate crisis hasn’t been ‘missed’, signs haven’t been ‘overlooked’. The climate crisis has been deliberately covered up from the public’s eye, lest people realize how life threatening, and present, the climate crisis is. For if that were to happen, where would their billions of dollars come from?

But all around the world, youth are rallying under the message “Uproot the System.” We are not advocating for tinkering around the edges. Rather, we are demanding a complete overhaul of our current system and a radical redesign that puts marginalized peoples at the forefront. You cannot fix a leaky bucket by adding more water.

Colonialism is the state-imposed land grab–by ways of genocide, cultural assimilation, imposition of language, religion, etc–in order to obtain and maintain economic dominance. Capitalism is an economic structure where the means of production are owned privately and workers are exploited for profit. Systemic racism, white supremacy, patriarchy and oppression structure colonialism and capitalism. Race and gender identity inform our social, political, and class realities; as Stuart Hall once noted, “Race is the modality in which class is lived”. In the capitalist and colonial world, racialized communities get the short end of the stick.

Our elected leaders are failing us

Climate justice is not possible without an inherent understanding that all social justice issues are intertwined (and that, climate change is a social justice and human rights issue). Unfortunately, our political parties constantly separate major issues into silos: healthcare is separated from infrastructure which is separated from climate change and so on. Everything in it’s own neat little box. Policies that promote equity are in their own silo and are given lower priority compared to others. We can never achieve equity or justice if it continues being viewed as an afterthought to commodify. Equity is a throughline in all policy issues.

Beyond party platforms, our elected leaders are failing us because they refuse to uproot their inequitable, undemocratic systems. Though many politicians campaign on promises to pursue electoral system reform, they never follow through on those promises because it is not in their nature to dismantle a system that has given them power.

Politicians have decided to pay lip service in addressing the climate crisis, while at the same actively funding it. We see through you. You are, every day, choosing to fund the fossil fuel industry, the agribusiness industry, the billionaire corporations in power. Policies too far in the future, too vague, and too inadequate, are being presented as the much-needed drastic and immediate action that is required to save our lives. It is not nearly good enough. It will never be good enough. The only conceivable way for the political leaders to make sufficient change, would be to dismantle the systems they actively benefit from.

On September 24, a youth-led global climate strike is taking place to demand that climate change be addressed in an equitable and intersectional way. People are hearing the calls from youth around the world to uproot the system by forcing the cancellation of school days and workdays. We are marching because we are tired of living in a world that tells us success is measured by GDP instead of justice. We are marching because we are tired of the powerful acting like climate change is not an emergency, because they know they will be the last to feel its effects. The climate crisis is a human rights issue that transcends the boxes governments put it in.

We cannot rely on these elected leaders to dismantle our oppressive systems. Change has to start with us from the roots up. Justice cannot be achieved without strong movements in all areas, including anti-racism, climate justice, workers’ rights, and Indigenous sovereignty.

Join the global climate strike on September 24, to find an action near you click here