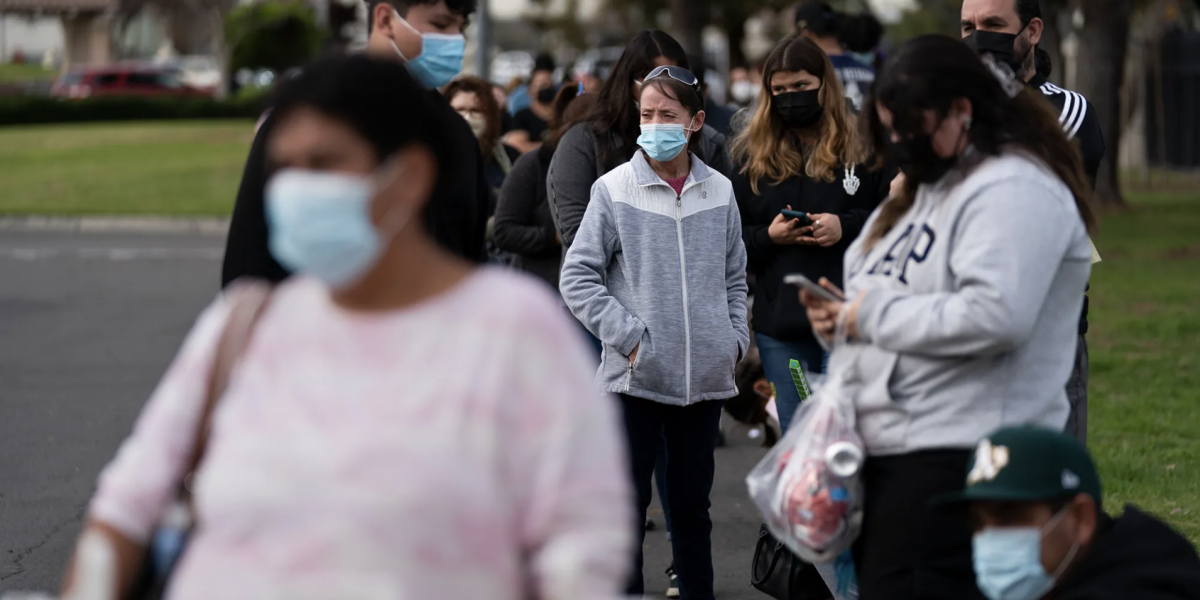 I saw an ad by the federal government this morning that said, “Omicron is a superspreader. Stay home if you are sick.” With little action to make this a possibility for the majority of people, it is a tired oversimplification of our situation two years into a pandemic.

Seeing this sentiment yet again, this time advertised by the federal government itself, I couldn’t help but think of the irony that federally-employed workers, many of whom are working low-wage jobs, were promised 10 paid sick days back in August by Trudeau. And I couldn’t help but think of my friend Ty (name changed for anonymity), who is one of one million workers on the ocean, in the sky, on the roads, in the banks, fighting fires, and on the phone who are federally-regulated employees. Ty works on the coast guard.

“There’s a mathematical equation for everything,” Ty said to me after opening three separate documents and sifting through over three hundred pages to get to the bottom of the amount of paid sick days they were allowed, eventually revealing that—even after they have been working on the coast guard for years—they had only accrued about seven days of paid sick leave.

However, legislation for 10 employer-paid sick days for federal workers—Bill C-3—was passed back in December. It has been months since the bill received royal assent! But it still hasn’t come into force. Why?

First, let’s look at the bill in more detail. In the fine print of this bill is a model of paid sick leave that causes confusion and makes it inaccessible for workers, and it needs to be amended in order for the bill to be sufficient.

Ty’s current convoluted accrual paid sick day program is very similar to Bill C-3. “You basically have to earn the right to stay home if you are sick,” Ty says. “You have to prove you are worthy of being sick.”

Ty described a situation where the inadequacy of the accrual model in their current employment contract had serious consequences for their coworker, who got sick in his second month on the job. “A worker got super sick with a stomach issue on the ship during his probationary period–you have to wait three months to get just three days of paid sick leave–and he was in his second month. He was screwed. He was so sick, and couldn’t do anything about it. He could barely work. It was dangerous.”

Not only are these systems currently inaccessible, according to Ty, their rights at work are often not explained properly. Sometimes, employment rights are not communicated at all.

“Nobody knows this shit. It took a long time for me to figure out. Federal workers don’t know it. It’s very confusing. They won’t tell you. That’s the point—they don’t want you to know how much they’re ripping you off.”

Employers have a major responsibility in implementing and enforcing paid sick days law. Pattimura Muda, a migrant student worker, describes in her article how employers refused to even inform workers about their right to Ontario’s temporary paid sick days—only three days—instigated specifically for COVID.

In order to make this bill adequate, the small fine print of when and how you are allowed to access paid sick days needs to be dropped. Instead, 10 paid sick days must be immediately available upon employment, and this must be communicated to workers by their employers.

Despite a long fight for paid sick days by workers across the country, the government is listening to the business lobby. And yet, there is countless research conducted by government, grassroots organizations, and health experts showing immediate access to 10 permanent paid sick days is the minimum requirement to keep workers and workplaces safe. Not only that, studies showed employer-paid sick days make no significant financial impact on small businesses, and rather ensured less employee turnover. Still, the enforcement of this law has now been stalled by the government, saying they need further consultation with more employers before implementation.

This is because, unfortunately, these employers are the big businesses that have been lobbying the government to create conditions for exploiting labour, such as refusing to raise chronically low minimum wages, and denying paid sick days so that workers are forced to work sick. It is very difficult to hold billionaires accountable when they are being prioritized over the rest of us. And so, as usual, workers are caught in the “Canada is a company” crossfires. (Yes, Trudeau did say those words himself.)

So what do we do to make Bill C-3 better, and fight for provincial systems to follow suit by legislating 10 permanent paid sick days for all?

When these giant companies don’t want to give up a tiny piece of massive profit in order to keep workers safe, we need to remind them who actually makes the money. This profit is primarily made by the work of very low-wage earning people who are also thrown under the bus when basic needs, such as paid sick days, are not granted to all of us.

This is why recognizing the connections between federally employed workers, and those of us who are provincially employed, is so crucial. This bill will impact all workers because it also sets the precedent for the provincial legislation in discussion across the country. And that is why we need to come together, call our government officials, and fight against this accrual model of paid sick days to ensure that this essential protection is seamlessly accessible.

After explaining their experiences with wage stagnation, lack of overtime pay for 12 hour, 7-day-a-week, 28-day nonstop work, lack of adequate paid sick days, and multiple incidences of danger to employees due to unsafe working conditions, Ty expressed “at the end of the day, my situation isn’t as bad. I know people have it a lot worse,” and this is important to recognize. It is no secret that people of the global majority—Black, Indigenous, and racialized women of colour—are the most overrepresented in low-wage and precarious work, especially women with disabilities, Trans women, migrant women, and women who are being denied permanent status.

But it is crucial that this does not mean groups of people who have more protections than others become stagnant, and stop building worker power in their unions, at their jobs, and with their communities. If anything, we should go harder! Because continuing to collectively push the needle is the only way to win these basic rights for everyone.

This paid sick days bill is our chance to ensure all low-wage federally regulated workers have the ability to still make rent, get groceries, and stay safe when they get sick at work. Furthermore, the federal government has promised to meet with provinces and territories to work on a national action plan for paid sick days for all! The time to act is now. We need 10 employer-paid permanent sick days that are seamlessly accessible for everyone.

The passing of this bill, and ensuring its accessibility, is a class, health, racial, gender, disability, and climate justice issue. Half of us living in this country have no paid sick leave. That rises to 90% of us making less than $30,000 a year. The phrase “Paid sick days save lives” is not just a sentiment, it is a fact backed by medical health professionals nationally and globally. Trudeau promised 10 for federal workers, and urged provincial governments to do the same.

Let’s make him keep his promise.