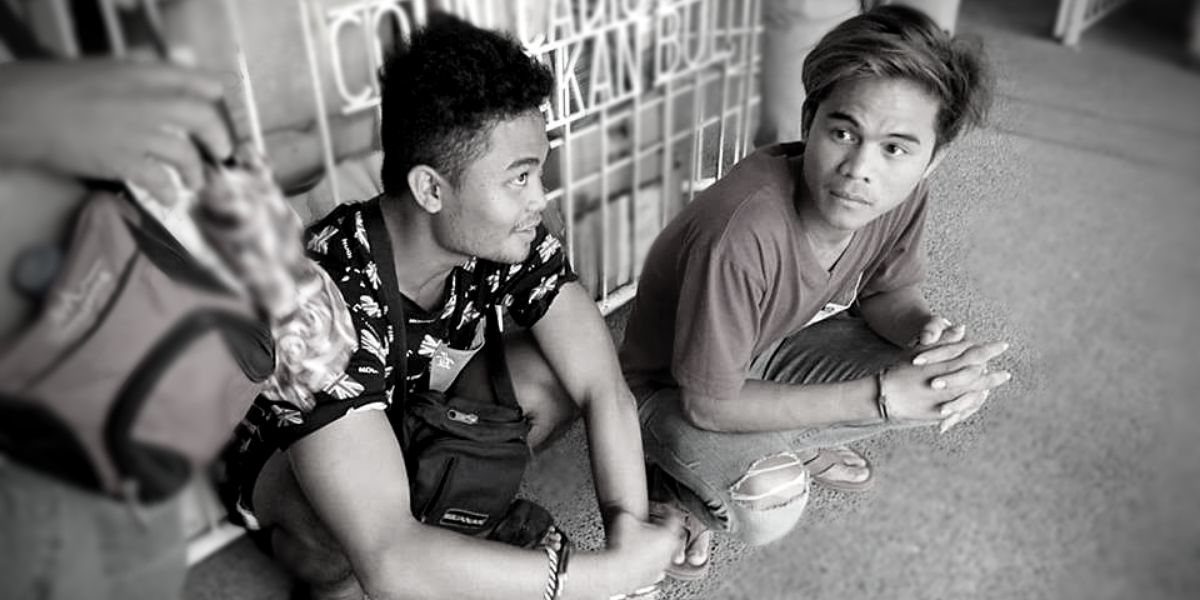 John Griefen Arlegui (age 20) and Reynaldo Remias Jr. (age 24), also known as “The Angat 2”, are two political prisoners in the Philippines, detained for their activism among the urban poor. They were organizers in the Pandi, Bulacan occupation, where 6000 homes were occupied and defended in 2017. In 2019, they were kidnapped at gunpoint by state forces and remain in police custody without trial.

Their arrest, under the false pretences of possessing firearms and explosives, is a very common tactic used by police and Armed Forces of the Philippines (AFP) against activists who are successfully organising mass resistance against a system that only benefits landlords and big capitalists. Like many other political prisoners they have been held in inhumane conditions without bail, have been subjected to torture and lack the resources for effective legal representation.

The Canada-Philippines Solidarity Organization recently held a solidarity event for Arlegui and Remias, featuring speakers from the Philippines.

Euphemia “Ka Mimi” Doringo, is a spokesperson and national secretary-general of the national urban poor organization, KADAMAY, and part of the Bayan Democratic Alliance, fighting for housing, decent wages, and human rights. She is from Manila and in 2015 co-founded “Women Wise” to organize among the urban poor.  She stated “I hadn’t met them until they were in jail. When you see their conditions where they are deprived of food and often only have water, where prisoners have to pay for their own food, it breaks my heart. We are just calling for our rights. Would I have the same strength in the same situation?”

She continued, “The charges are fake, so we hope for good news, but sometimes we fear the results because of the ‘justice’ system. Many political prisoners are in jail but not convicted. The legal system is so slow, because the general state tactic is to delay court proceedings. Activists are regularly repressed. One person was freed this year after seven years in jail and was never convicted.”

Another activist from the Philippines, Marco, described how he had known both Arlegui and Remias: “When they began organizing in their community, they learned about their rights and ‘Gap’ became a community organizer and he was really serious about working with the masses, very assertive. The government used local ‘leaders’ to wreak havoc in communities so we had to deal with something bad every day, for example, police firing a gun out of nowhere and police harassment. It is heartbreaking to learn of their current condition in prison. He was always joking before. I hope now they still have hope.”

Event organizers, the Canada-Philippines Solidarity Organization (CPSO), encourages everyone to show solidarity with The Angat 2. Funds to help defray their legal costs can be donated through Gogetfunding: https://gogetfunding.com/housing-activists-imprisoned-in-the-philippines/

CPSO is also collecting letters and post cards of support, which go to Arlegui and Remias, as well as letters of complaint to the Philippines authorities and Canadian officials. For further information, go to https://cpso.pw/