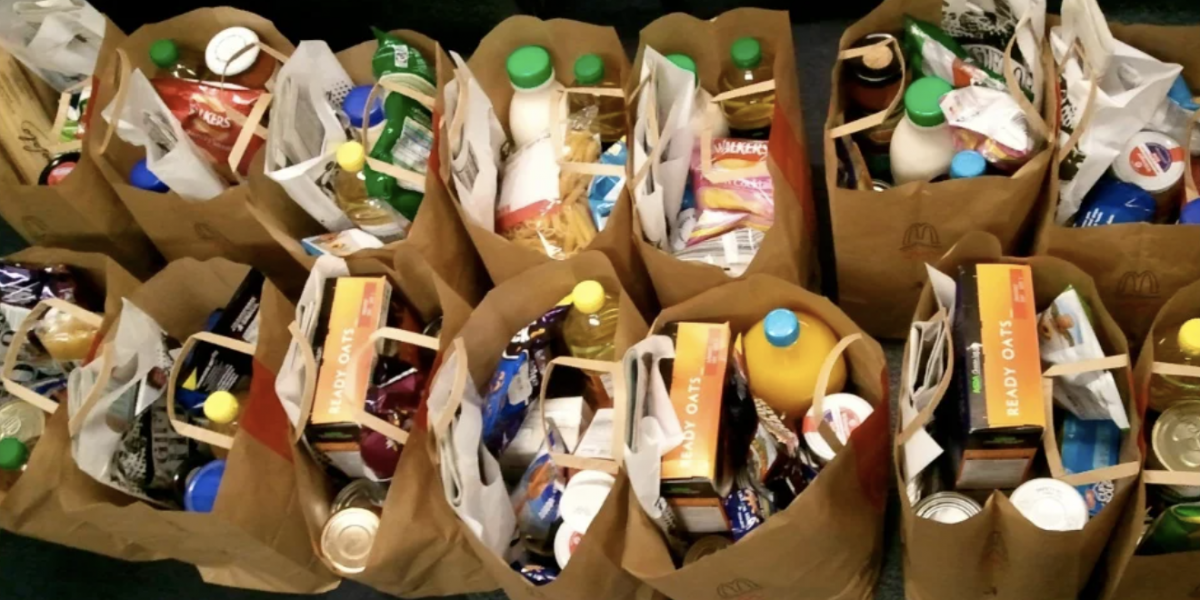 2022 saw a record number of visits to food banks, according to data collected from 4,750 food banks across the country. An unprecedented number of Canadians are unable to afford enough food. While the pandemic created a spike in demand for food donations, alarming statistics show that the prices of food, the cost of housing, and insufficient social assistance are plunging many further into poverty.

This is happening at a time where the richest Canadians have seen their fortunes grow to astronomical sums. Billionaires in Canada saw their wealth grown by 51 percent over the course of the pandemic. Over the last ten years, the richest 1 percent in Canada have gained nearly seven times more wealth than the bottom 50 percent. This widening of the wealth gap, which the pandemic has accelerated, means that more and more Canadians will struggle to put food on their tables in 2023.

It’s no secret that the price of food has skyrocketed. By September of 2022, food prices rose by 11.4 percent since the previous year, the fastest they’ve increased since 1981. Moreover, predictions from December of 2022 estimate that prices will rise another 5-7 percent in 2023.

The reasons cited for such dramatic increases in food prices often include supply chain issues, increases in production costs, and increases in energy prices. Workers are often wrongly blamed for inflation, with price hikes attributed to minor increases in wages. What is less talked about is the pandemic profiteering major grocery chains, like the kind Loblaws, Metro, and Empire continue to engage in. These companies are pulling in massive profits while raising prices well above the existing rate of inflation. Corporations are fattening their margins while ordinary people struggle with food insecurity.

Second Harvest’s report found that the number of food donation recipients grew by 134 percent in 2022 and is estimated to grow another 60 percent in 2023.  This surge in demand has put more pressure on food banks than ever. Some food banks have closed while others are forced to turn clients away.

Who is food insecure

The most vulnerable populations are disproportionately affected by rising food prices. Those most likely to rely on food banks are people who live on fixed incomes, such as the elderly, people with disabilities, and students. 49 percent of food bank recipients are receiving social assistance.

Additionally, families are especially pinched. According to a poll from June of 2022, 72 percent of families with children are concerned about being able to afford food. The Food Banks Canada report shows that 33 percent of food bank users are children.

Indigenous populations are also disproportionately affected by the increase in food prices. Rachel Blais, director of Qajuqturvik Community Food Centre, has called food insecurity in Nunavut “the longest-lasting public health emergency in Canadian history.” While the Food Banks Canada report lacks sufficient data on how the Yukon, Nunavut, and the Northwest Territories, have been affected, there has been an undeniable spike in reliance on food banks over the past two years.

It is important to note that only 1 in 7 Canadians who visited a food bank in 2022 was unemployed. Underemployment, low wages, and a rising cost of living mean that food insecurity is all too possible for anyone but the country’s elite.

Rising food prices are not the only reason record numbers of Canadians have turned to food banks for support. Housing costs and broken social assistance programs also prevent many people from being able to afford food.

The long-standing housing crisis directly impacts food insecurity across the country. Rising housing costs mean that many will choose to pay rent rather than risk eviction, even if it means they won’t be able to put food on the table.

Researchers have found that housing costs must remain below 30 percent of an individual or family’s income to prevent food insecurity. Since housing costs vary widely across the country, it is difficult to distill housing expenditure into an average figure. Nonetheless, a study from 2019 shows that 40 percent of Canadians were spending more than 30 percent of their incomes on rent prior to the pandemic.

Considering that rental prices rose at an average rate of 10.5 percent between November 2019 and December 2022, it is highly likely that even more Canadians are spending above 30 percent of their incomes on housing. The housing crisis, driven by developers and the rich, has played a major role in plunging workers further into food insecurity.

Those who rely on social assistance are especially vulnerable to rising food and housing prices. As income support programs are not raised at the same rates as inflation, recipients are effectively earning less every time housing and food prices increase. In Ontario, disability advocates have been fighting to double ODSP just so recipients can keep up with the cost of living crisis.

Likewise, low-wage workers in Ontario have not seen their wages keep pace. Wage increases constantly lag behind the cost of living increases. Far from driving inflation – in a wage-spiral as some economists argue – workers wage gains have consistently fallen below that rate of inflation.

It is important to note food insecurity is not a new issue. Indigenous communities across the land known as Canada have experienced food insecurity since colonization, not as a side effect but as a function of colonialism. As the wealth gap continues to grow under this colonial system, food insecurity will inevitably affect the working class as a whole.

All of the immediate causes of growing food insecurity today –  increases in food prices, increased housing costs, a weakened social safety net, low-wages and the systemic marginalization of vulnerable populations – are symptoms of a larger issue: a system that thrives on inequality and benefits a small number of profiteering elites at the expense of the working class.

A government that prioritizes the interests of corporations over people will never address food insecurity. Only strong working class movements can push back against growing inequality and fight to ensure food security for all.