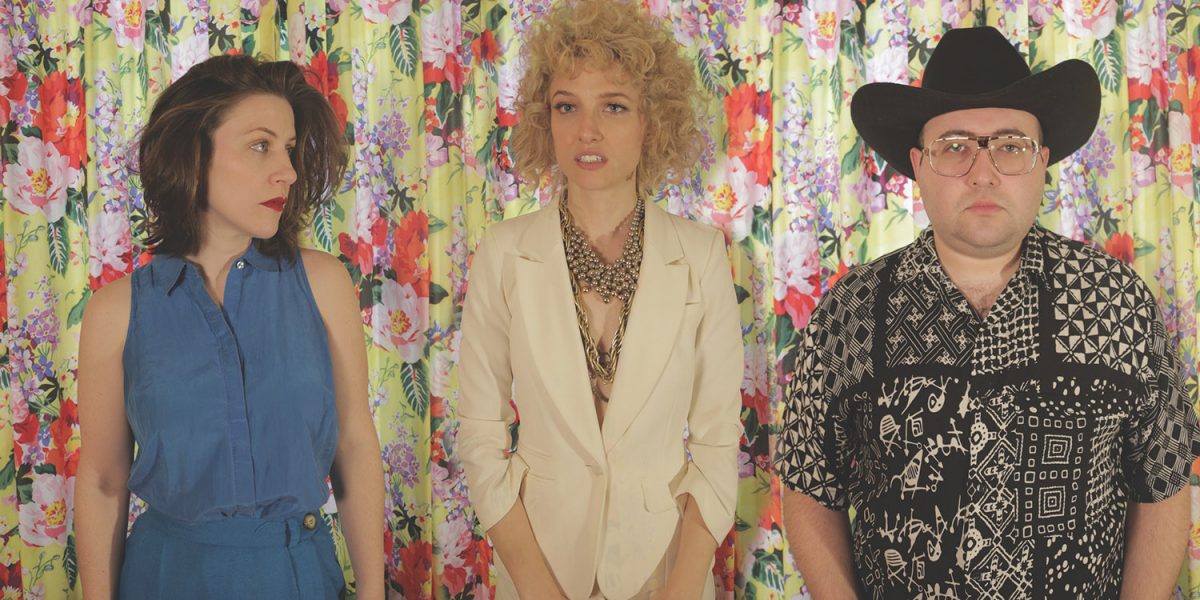 Priests’ 2017 debut was a hypertensive post-punk whirlwind with equal parts New Order and The Cure playing in the background. The band is back with their sophomore release, The Seduction of Kansas, which seems to crank everything up to 11. While the earlier mentioned artists were more subtle, this album feels like having both artists blasting in each headphone with some Bikini Kill coming in from the back. While still very much rooted in the post-punk aesthetic and theme, genres like no wave and electropop are certainly noticeable when they pass by. Lyrically, the album deals with alienation from society, loved ones, and the idea of celebrity itself under capitalism. The dread of a life born for consumption is at the heart of every track, even if it is not stated outright. With all that said, will The Seduction of Kansas leave you enthralled, or is this another sophomore slump?

The album certainly feels like a proper follow-up. It really takes what worked so well on their debut and improves upon the whole experience. The production is a lot bigger this time around, which is pretty impressive considering how the band plays between the fine line of losing total control. The musicality is also a step forward in terms of depth and breadth. The band’s influences really shine through while also creating a musical identity all their own. It’s just a bigger album overall. It leaps around musically in such a cohesive way and covers so much ground lyrically.

The title track itself is a great exploration of consumerism as it applies to the American political and physical landscape. The song is based on Thomas Frank’s What’s the Matter With Kansas? Kansas has historically been a predictor for America’s political direction. It’s also been the birthplace for a lot of “American” institutions. The album as a whole carries a theme of a washed out landscape of consumption, and a sort of apathetic complacency with it. “Senators, news anchors, Superman, and Dorothy,” are lyrically paired with “White Castle, Pizza Hut and even Applebee’s.” All of these were created or have central headquarters in Kansas and, for the band, really speak to the creation of a depressing American landscape. When speaking on the idea of strip malls, the group shared with Billboard “Like, really, to get a good grasp on what America is really like, is going to be big chain restaurants. The portions are very American, the items on the menu are very American. There is a consistency across the country; that’s where normal people eat, that’s where normal people work. It is what it is, it is America in a lot of ways.”

Other references running through the album are the works of Leo Strauss and the spread of ideologies. “Leo Strauss is very good at understanding that in order for an ideology to take hold, you really have to come up with the appropriate fairy tales or bedtime stories that are appealing to people,” says the band. Cowboys are another common thread in the album, generally serving to forward the “American” mythology of defending land, rather than acknowledging the continent as stolen from Indigenous peoples. Again, the album lyrically offers a pessimistic understanding of culture, in which we are fully absorbed in these observed narratives. For Marxists, we commonly understand these narratives as “the muck of ages.”

For Marx, this concept was targeted towards the political and ideological aims of achieving revolution. In the German Ideology, he writes “The ideas of the ruling class are in every epoch the ruling ideas, i.e. the class which is the ruling material force of society, is at the same time its ruling intellectual force… The ruling ideas are nothing more than the ideal expression of the dominant material relationships, the dominant material relationships grasped as ideas.” This means that the ideas which are most represented in society are those which seek to justify and sustain it. For Priests, the depressing landscapes of consumption of strip malls are very much representative of all things American, all things which help to justify its existence.

Priests’ The Seduction of Kansas is an incredibly strong second release, and one that feels like it should be on the top 10 lists when the end of the year comes around. It’s sonically diverse, yet cohesive. It covers some great ground in terms of creating a solid representation of the band’s sound. It’s equal parts, chaotic, controlled, pessimistic, and futuristic. The album offers up a grim look at a world that has seemingly existed forever through manifest destiny, yet very clearly identifies where we should be looking and how we should question these narratives. For those looking for political post-punk in 2019, I can’t think of a better place to look. It develops the genre while showing its roots, and does so in a way that offers an incredible listening experience.