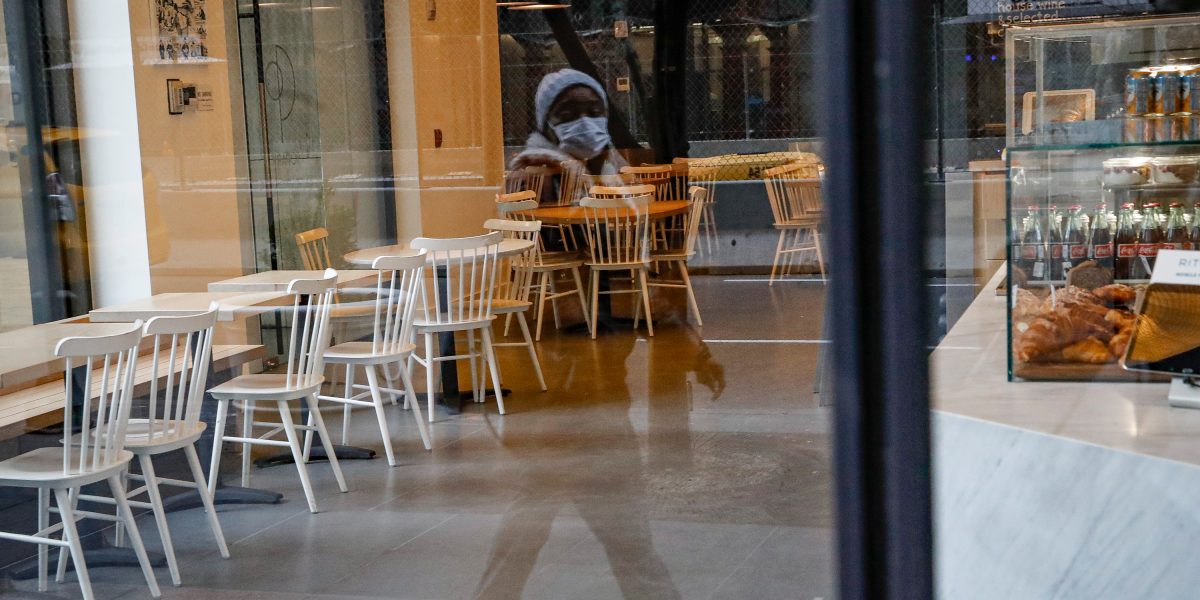 Having worked in hospitality for close to eight years in some of Vancouver and Toronto’s busiest restaurants, I know firsthand the many perks of the job that kept me coming back to the industry even after I pursued a career in a more “traditional” or “stable” setting. But, with that, I also know its downfalls.

Often seen as a transient occupation for students or new grads, the hospitality industry has become an increasingly appealing career as younger generations are faced with rising living costs and a desire for a better work-life balance than many nine-to-fives offer. Yet, many restaurant workplaces have not caught up to this trend, providing very few of the benefits that are commonplace in other sectors.

I have not once had benefits in the near-decade I’ve worked in the industry, and most of my friends haven’t either. I could not have told you what a pension was, and only in the research I’ve done recently, came to realize many companies contribute to their employees. Getting severely sick or injured terrified me; not for the hit I’d take physically, but financially. Yet, these were all easy enough to push to the back of my mind as I weighed these against the benefits the job provided as a city-dwelling millennial without much experience elsewhere. That was until March 2020, when a pandemic hit that no one seemed prepared for and ultimately shattered the rose-colored glasses I’d been seeing through.

In the difference of a single day, I, and millions across Canada were out a job. For how long? No one knew. It felt like the heaviest two weeks of my life as I realized I’d made next to nothing in insurable earnings, yet somehow, I’d have to live off 55% of them. Thankfully, the Federal government stepped in with CERB, a $2000/month benefit for what the government saw as an unprecedented, dire circumstance. But the truth is, these types of events are precedented – they simply occur on a much smaller but more regular scale.

The restaurant industry can be viciously competitive, and as such, establishments often close and shut out their workers. But in those cases, there hasn’t been a safety net such as CERB. Restaurant work is one of the more physically demanding jobs and workers often hurt themselves on (or off) the job, yet adequate paid leave has not been available. Benefits. Pensions. Job security. None of these have been a thing for the vast majority of an industry that employs one in twelve people across Canada.

This adds up to the fact that those working in this sector represent the occupational group that is subject to one of the highest degrees of workplace precariousness. Not only has this been the case pre-pandemic, this statistic has been trending upwards over the past 30 years due to neoliberal principles touching nearly every realm of policy. This has effectively reduced social responsibility onto small businesses or individuals and weakened the power of labour standards and organizing. Even Ontario’s Employment Standards Act (ESA) has been failing to meet its core mandate in providing workers with a minimum level of protection.

Long overdue advancements are subject to changing governments or agendas as well. In 2018, for example, Ontario’s newly elected provincial government rolled back the prior government’s labour law amendments as one of their earliest repeals. These could have had a tremendous impact on the labour practices and safeguards, for Ontario restaurant workers especially. Had it carried through, the minimum wage would have increased to $15 (or $14 for liquor servers); on-call shifts (a common practice throughout the industry that allows employers to essentially ‘cancel’ a shift with less than a few hours notice) would have had a two-hour wage protection attached; and two guaranteed paid sick days would have been secured. However, each of these were scrapped under Doug Ford’s guise of “easing the burden on businesses”.

Pandemic response needs to include unionization

The repeal of such laws and the increasing ineffectiveness of employment standards have had a compounding impact for workers in an industry where other guarantees are few and far between. It is little surprise that the accommodation and food services sector has the second-lowest rate of unionization at just 5.8% across Canada (compared to a national average of 16.0% across Canada’s private sector and 75.8% among the public sector, according to Statistics Canada).

But as shown through the above trends in anti-labour policies—ones that sadly exist far beyond Ontario—unionization is not only an option for workers but an increasingly vital one that they, themselves have the power to create. And this is not the pipedream it is made out to be. In fact, successful pushes to unionize are being seen across the country and have inched closer to an industry that has long reasoned its downfalls as inevitable since the beginning of the pandemic.

Indeed, workplace unions offer a pragmatic solution and one that works for all parties involved, contrary to much of the mainstream rhetoric towards unions would have one believe. While workplace precariousness has obvious detriments for the employee—from the stress of living pay cheque to pay cheque, to low morale and feelings of voicelessness—there are costs for the employer as well. These factors lead to high employee turnover and heightened training costs as a result, decreased productivity and lower guest satisfaction; all of which can be at the fatal expense of a business within an already challenging industry. Beyond the industry itself, worker or workplace precariousness is directly linked to poverty, trickling in and across other sectors and having grave consequences for a recovering economy. Therefore, this workplace trend should be of concern for all, and its remedy actively supported.

The restaurant industry has been one of the hardest hit through this pandemic, as one of the first to shut down under ever-changing lockdown measures and among the last to fully reopen. Because of this, there has been much attention paid to the hardship restaurant owners are facing. And this is not without merit: the losses small businesses have faced, many unnecessarily, were devastating for both the individuals themselves and the vibrant communities they’ve long been a part of. But what has been overlooked are the hardships for their workers, those who have masked up and put their health on the line to keep tables full, food brought to the table, guests returning, and ultimately restaurant doors open when lockdown measures were lifted.

When an already fragile industry hung by a thread, it was the workers that sewed its fabric back together. So, as a second lockdown affords us yet another opportunity to reimagine how restaurants can come back better post-pandemic, our vision must include them too, based on their own voices and needs secured through worker-led unions.