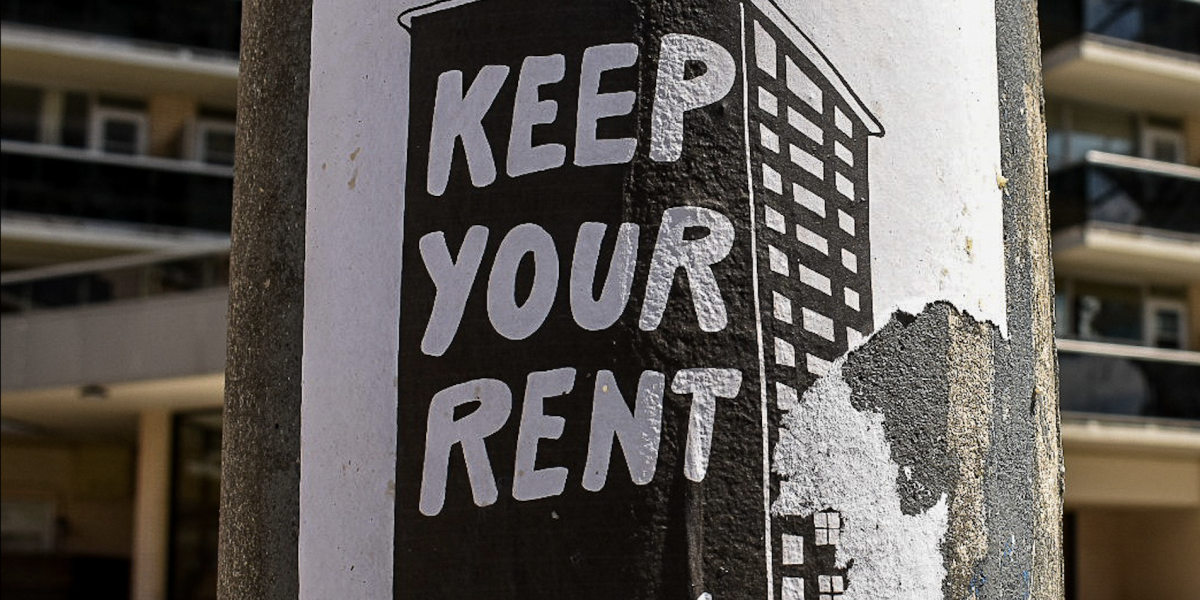 Responding to the Keep Your Rent campaign, nearly 60 tenants living in small buildings, basements and rooming houses in the Annex are withholding April rent. But their community organizing work began well before the pandemic.

Pri Sharma is completing her first year in law at Osgoode Hall. She lives in a small building that students, seniors and social assistance recipients call home. In 2019, Briarlane Property Management assumed control of the building and initiated a rent increase of three per cent over the next three years for the building’s 35 units. Along with the nine per cent increase, the property management tried pressuring Sharma into signing a new lease. Renters countered by forming a Tenants’ Association.

“We were able to respond quickly to the proposed increase because we organized ourselves within the building and initiated a legal strategy,” Sharma explained. “Our hearing was scheduled at the Landlord and Tenant Board (LTB) for April, and we were ready.”

Although the LTB has suspended its operations, the relationships built through the Tenants’ Association empowered Sharma and her neighbours to organize for the Keep Your Rent campaign.

No evictions but lots of debt

Emergency measures to control the spread of COVID-19 has led to unprecedented job losses for many tenants. Although the Ontario government has suspended evictions, the province has provided no rent relief to protect tenants against crippling arrears. Tenants will fall into rent arrears, accumulating debts while businesses remain shut to fight the spread of COVID-19. Without rent relief, once the crisis passes, it is likely that the LTB will hear an increased number of eviction applications for rent arrears.

MaryAnn Icaro, a freelance graphic designer and student at Ryerson University, is worried about losing her income. She lives in a basement apartment with Chris Loose, an English graduate at U of T, and an independent contractor in the event-serving industry. MaryAnn and Chris have helped to mobilize tenants across the community’s neighbourhoods.

“When things are functioning normally it’s harder to see the power imbalance in our society. But we haven’t lived in normal for a very long time now. This is laying bare the tension and class structure that usually fades into the background,” said Icaro. “When tenants told their landlords that they would not pay April’s rent, landlords immediately replied that they’ll work individually to come up with deferral plans. But individual deals work in the landlord’s favour. These isolated negotiations chip away at tenants’ collective bargaining power. Signing a deferral plan means you’re signing onto debt.”

In 2018, Ontario’s Premier, Doug Ford, eliminated rental control for new units, allowing landlords to rent vacant units at higher prices. The Advocacy Centre for Tenants Ontario (ACTO) has long warned that renters in Ontario are already living in unaffordable and inadequate housing with half of Ontario’s tenants spending more than 30% of their income on rent.

“The COVID crisis is exacerbating an economic downturn that was already on the horizon. The big fear for us is that this will spill-over. Governments have spent the last 50 years stripping away people’s social security and so now when a situation arises where we need that security we’re left unprepared,” said Loose. “Once you can get people to see that we have power in numbers and we can come together to work together to achieve something we couldn’t achieve by ourselves—it extends so far beyond just housing justice.”

On April 6, the federal government released the Canada Emergency Response Benefit (CERB). Over 16 weeks, eligible recipients will receive $2000 a month, yet the average rent for a lease signed in 2020 is $2,300 a month.

“We’re not responsible for this crisis, and we should not be told to let go of our limited finances since the money will go straight to a corporate landlord who doesn’t need the money right now. More people are seeing the falseness of the system that predates the pandemic,” noted Sharma. “The prospect of ending up homeless at the end of this pandemic is a driving force for so many tenants in our building to question the system.”