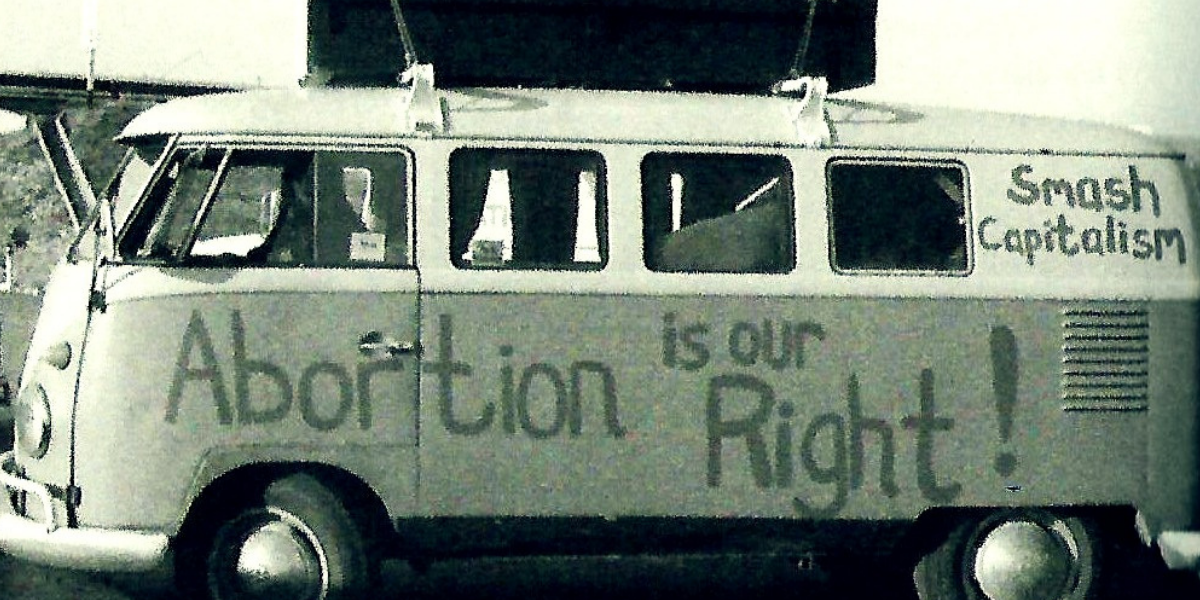 In 1970, a caravan of vehicles hung with coat hangers carried a coffin to Prime Minister Pierre Trudeau’a residence at Parliament hill on Mother’s Day weekend, 1970. The original 17 women who started in Vancouver had grown to over 4,000 and journeyed from across the country to protest restrictive and discriminatory abortion laws.

In light of the U.S Supreme Court’s decision to overturn Roe v. Wade, a move that will leave women to choose between unsafe abortions and unwanted children, have a disproportionate effect on poor communities, and potentially threaten same-sex marriage and access to contraception, the Abortion Caravan of 1970 is worth revisiting.

Caravan takes to the road

In 1969, Pierre Trudeau passed the Omnibus Bill, a reformation to the criminal code. This bill made abortion legal, but only under specific conditions. An abortion could be allowed if the pregnancy seriously threatened the life of the mother, had to be approved by a committee of doctors, and could only be performed at an accredited hospital. At the time, 19 out of 20 women who requested abortions were denied. An estimated 120,000 illegal abortions took place every year, putting women at risk of death or infertility.

Along the 4,500 kilometre journey across the country, the organizers of the abortion caravan rallied support and educated the public. Their slogans included “Every Child a Wanted Child,” “We are Furious Women,” and “Abortion is Our Right.” They believed that the restrictive abortion laws infringed on women’s physical autonomy, and that the regulations disproportionately affected poor women.

Despite gaining significant support along the way, the abortion caravan was met with hostility along the way. In Thunder Bay, a group of Catholic women protested the caravan and called one of the organizers a slut. Subsequently, the Ontario Provincial Police followed the caravan, and the RCMP kept them under surveillance.

Shutting down the government

Upon arrival in Ottawa, the caravan entered a city decorated with posters that said “The Women Are Coming,” from locals who were sympathetic to their cause. Together with Toronto organizers and others they picked up along the way, they hosted speakers including Dr. Henry Morgentaler, activist Doris Power, and NDP member Grace MacInnis. They demanded that parliament listen to their demands.

Between 400 and 500 women marched to Parliament Hill, demanding to be heard. When no government officials agreed to meet with them, 30 women entered the Parliament building and chained themselves to seats, shouting their demands until the House of Commons was forced to adjourn and security guards removed the women. By filling the streets, rallying local support, symbolically protesting outside the Prime Minister’s house, and entering Parliament, the women ensured that their protest could no longer be ignored.

The abortion law was finally struck down in 1988, when it was determined that the criminalisation of abortion violated a woman’s right to “life, liberty, and the security of the person,” and fully repealed in 2019. The fight for access to abortion was won through sustained mass action. While the 1970 abortion caravan was a remarkable achievement, it should be put in the context of a burgeoning women’s liberation movement whose decades of organizing forced the state to provide access to abortion.

No matter how much progress is made, abortion rights are always under threat under capitalism. The recent overturning of Roe v.s Wade reminds us how rapidly gains can be reversed. Women who rely on contraception and abortion access live in constant fear that these rights will be revoked at any time.

Even in Canada, these rights are not unassailable. In 2020, Leslyn Lewis made anti-abortion politics a major part of her platform during the Conservative Party leadership campaign. She didn’t come close to winning, but the support she gained made it clear that pro-life sentiment remains strong. Now, other Conservative candidates are bringing the issue to the forefront, promising increased restrictions on abortion access.

To defend women’s access to healthcare and their bodily autonomy we will need to learn the lessons of the abortion caravan and the mass movement which won us fundamental rights.