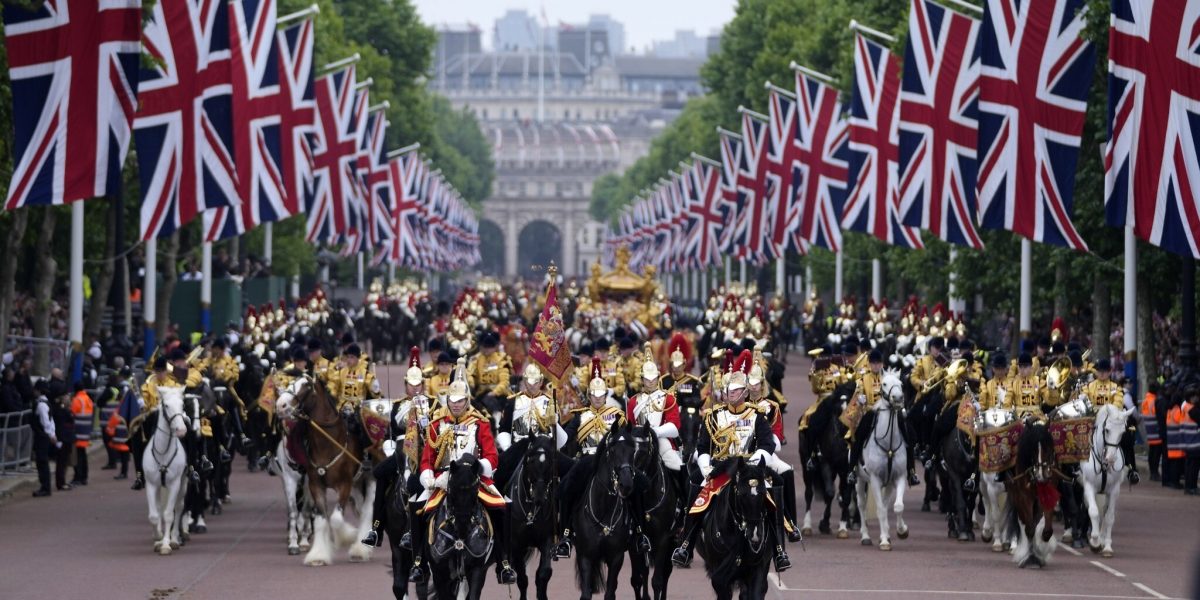 What is the federal government asking us to commemorate when it declared Monday a holiday (for federal public sector workers) to mark Queen Elizabeth II’s death? Monarchy? Empire? Colonialism? Class rule? Genetic determination?

Unquestioned reverence for the British monarchy is a slap in the face to Indigenous peoples and denial of Canada’s role in crimes against humanity committed by the British Empire.

Prior to confederation, British forces conquered today’s Nova Scotia through terror, putting the heads of Mi’kmaq soldiers on spikes and offering bounties to kill women and children. Founder of the Halifax fort, Lieutenant General Edward Cornwallis led the charge and by the mid-1760s the Mi’kmaq had been largely wiped out in Nova Scotia (as were the Beothuk in Newfoundland later).

After British forces conquered Quebec, General Jeffery Amherst’s forces gave Indigenous chiefs in the Great Lakes region blankets and a handkerchief from a smallpox hospital. Commander of British forces in North America, Amherst wrote: “You will do well to try to inoculate the Indians by means of blankets as well as to try every other method that can serve to extirpate this execrable race.”

On the West Coast, colonial officials enabled the spread of smallpox among First Nations in 1862. During the latter half of the 1800s “recourse to the use of British gunboats was a standard response to ‘difficulties’ with native peoples of the coast,” explains Robert Galois in an article on the 1872 burning of Kitsegukla. In Gunboat Frontier: British Maritime Authority and Northwest Coast Indians, 1846-1890 Barry Gough details numerous examples of ‘gunboat diplomacy’ to suppress First Nations in what’s now British Columbia. Innumerable villages and canoes were destroyed in these raids and dozens of indigenous people killed.

The British-led a process in which Indigenous people were dispossessed of 99% of their land.

While the Trudeau government has decided to commemorate the principal symbol of British imperialism, our supposedly ‘woke’ PM has not made The National Day for Truth and Reconciliation a statutory holiday.

One hundred and thirty-seven years ago today, September 14, 386 Canadians left Montréal to help the British beat back anti-colonial resistance in the Sudan in Canada’s first major international deployment. Canadians helped Britain conquer various parts of Africa and Asia during this period. In 1876 the Royal Military College of Canada was created largely to train “proper white gentlemen” to be officers of British imperialism, according to army historian Andrew B. Godefroy. Between 1880 and 1900 RMC-trained soldiers participated in at least 28 imperial campaigns. Usually commissioned to British units, RMC graduates fought in dozens more expeditions over the next 15 years.

Between 1899 and 1902 more than 7,000 Canadians fought in the (second) Boer War. The war was devastating for the Boers. As part of a scorched-earth campaign the British-led forces burned their crops and homesteads and poisoned their wells. About 200,000 of these descendants of Dutch settlers were rounded up and sent to concentration camps. Twenty-eight thousand (mostly children) died of disease, starvation and exposure in these camps. About 100,000 Black Africans were also held in concentration camps but the British didn’t keep statistics, so we don’t know how many died.

About 600,000 Canadians fought to support Britain and its empire during World War I. To a large extent WWI was the outgrowth of intra-imperial competition in Africa and elsewhere.

For Africans, the First World War represented the final chapter in the European conquest of their territory. About one million people died as a direct result of the war in East Africa and hundreds of thousands more were killed in the southern and western parts of the continent. A small number of Canadians helped Britain conquer east and west Africa, with RMC graduate Charles MacPherson Dobell commanding an 18,000-man Anglo-French force that captured the Cameroons and Togoland.

The son of a Quebec City MP and grandson of a senator, Dobell later led a force to conquer Gaza. To help conquer modern day Israel/Palestine hundreds of Canadians fought in British General Edmund Allenby’s Jewish Legion in 1917. Canada also played a small part in Britain’s acquisition of Iraq from the Ottoman Empire where poisonous gas was employed. Between 1916 and 1919 a few dozen Canadian troops fought in Mesopotamia and Persia.

During WWI Canadian troops supported Britain’s colonialism in the Caribbean. Hundreds of them garrisoned Bermuda from 1914-1916 and St. Lucia from 1915-1919.

During World War II Canada’s defence zone included the West Indies and British Guyana. Supporting the colonial system, Canadian troops replaced British forces in Jamaica from 1940-1946, as well as in Bermuda and the Bahamas during segments of this period. Canadian troops also fought to protect British rule in Hong Kong, Singapore and Malaysia during the war.

Hundreds of Canadians administered British colonies, even rising to become governor in Ghana, Northern Nigeria and Kenya. For nearly four decades beginning in the early 1920s, University of Toronto, McGill and Queens graduates were recruited into the British Colonial Service through the Ottawa instigated Dominion Selection Scheme In 1923 a top Colonial Office official described the initiative as “taking Canada into partnership in the white man’s burden.” Throughout the various stages of the British colonial project, Canada provided political, military, economic and moral support.

And if you think this all happened before Elizabeth and had nothing to do with her, what about the first eight years of her reign when tens of thousands of Kenyans were killed in the suppression of an anti-colonial rebellion?

In my humble opinion Queen Elizabeth II’s death warranted 15 seconds on the nightly news or a story buried at the back of the paper. Celebrating the British monarchy is appalling. All Canadian ties to that odious institution should be severed.