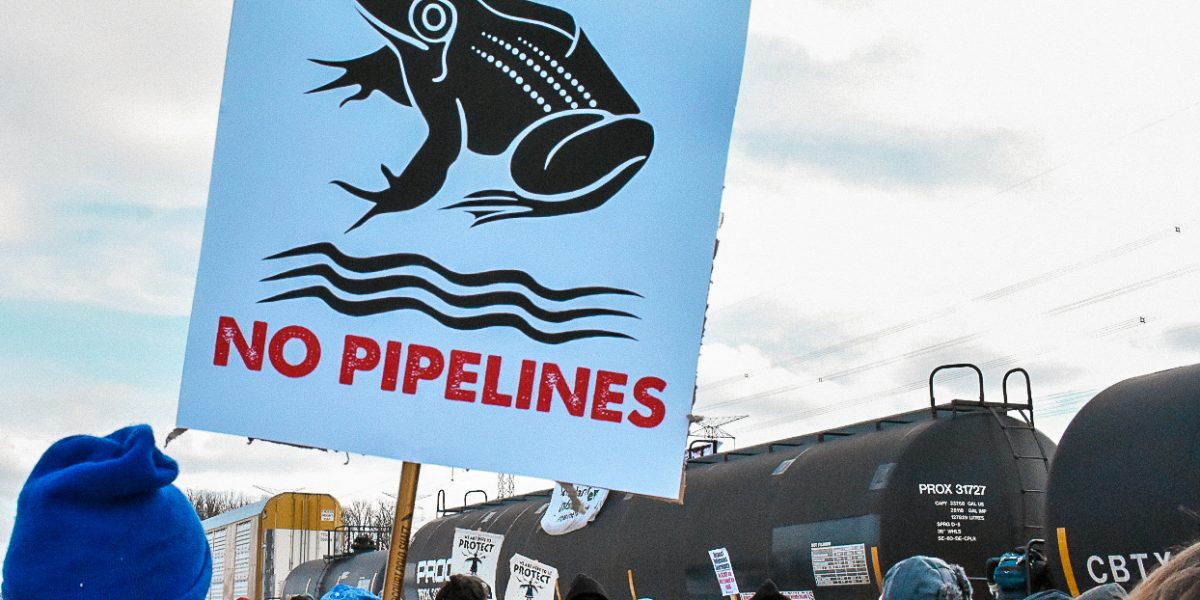 As Federal Indigenous Services Minister Marc Miller met with the Tyendinaga Mohawks along the Wyman Road CN Rail crossing this morning, land defenders and their supporters in Toronto blocked the second largest rail yard in Canada. All trains leaving Macmillian Yard in Vaughn heading westward to Hamilton, London, New York, and Michigan are blocked. Railway managers called the hub west of Toronto one of the “most important” in Canada.

Solidarity activists began their rally at spadina and bloor and continued their mobilization onboard the TTC’s Line 1 subway to join the blockade. They chanted “How do you spell racist? R-C-M-P” from Spadina to Pioneer Village Station, in north Toronto.

Both the blockade in Toronto and Tyendinga have effectively shut down all CN operations across the region. While the Tyendinga Mohawk shut down all tracks to the east, the Toronto blockade stopped all import and export activity to the West, extending across the US border.

“CN has a very long history of helping with Canada’s colonial project. The specific impact of this rail blockade is the adverse economic impact for the government,” Natali Montilla told Spring Magazine. “This is where materials are transported to build the pipelines so any materials being transported out west are being blocked right now so they can’t continue building their pipeline.”

Earlier this week CN Rails and VIA Rails announced the cancellation of all of its operations between Toronto, Ottawa and Montreal. The Canadian Pacific Railway, incorporated in 1881, had established a rail line from coast to coast. The railway, instrumental in British Colombia’s agreement to join Confederation, was instrumental in the dispossession of Indigenous peoples from their lands.

Montilla spoke directly to Prime Minister Justin Trudeau and British Colombia’s NDP Premier John Horgan. “Reconciliation is dead. Any talk about truth and reconciliation are lies and nobody believes their lies anymore,” said Montilla. “We won’t stand for their ongoing colonial violence against Indigenous peoples. Anyone who had even a small bit of hope in the Canadian government has lost it completely.”