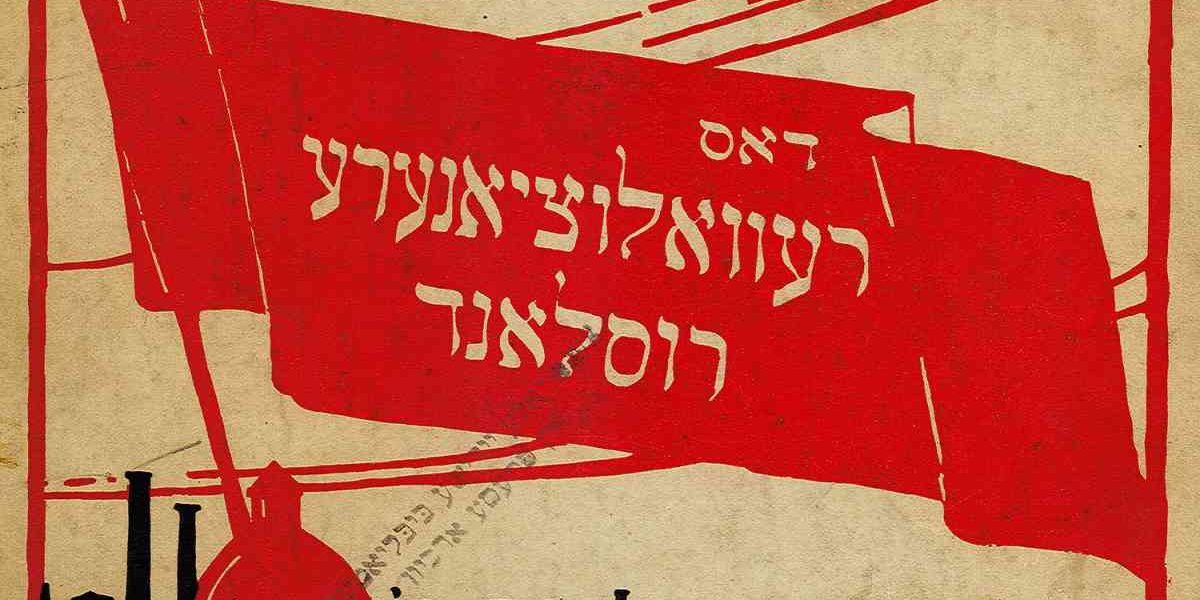 You would think Jewish communism never happened. Just glance at most mainstream Jewish institutions today: you’ll find them committed uncritically to Israel’s ethnonationalist, settler-colonial politics and doing their best to assimilate to North American racial capitalism. Hard to believe that Judaism and Bolshevism were once so closely identified that the terms merged into a slur, Judeo-Bolshevism, in the mouths of those who hated both. You might be struck also by how many of those who volunteered to fight fascism in the Spanish Civil War were Jews — radicals who fought not for the restoration of liberalism, whose crises produced the fascist menace, but for a world delivered from exploitation.

Who hid these histories of revolutionary Jewish life? The blame can’t be laid solely on neoliberal capitalism and its tendency to erase those radical legacies it’s unable to commodify. The marginalization of Jewish socialism in the later 20th century and into the 21st has had at least two other major sources: the end of the Soviet Union, with its apparent historic disqualification of the communist idea; and the ascendency of the state of Israel as an important satellite of American empire, a relationship of patronage that the American ruling class and wide segments of the diasporic Jewish population have ratified. These strains of reaction have converged to disappear the Jewish left — until just recently.

A rebirth of Jewish interest in socialism has become obvious across the Anglosphere. Jewish Currents, a New York-based magazine that was affiliated with the Communist Party USA in the 1940s and 50s, relaunched with a large team of young editors in 2018. Also last year, UK Labour Party leader Jeremy Corbyn attended a Passover Seder hosted by the Jewish anti-Zionist organization Jewdas, whose popularity and visibility have been growing. The Jewish anti-Occupation group IfNotNow, founded in the US in 2014 and extended to Canada in 2017, now has active chapters in cities across North America.

In this context, the recent English edition of Sylvia Klingberg and Alain Brossat’s Revolutionary Yiddishland: A History of Jewish Radicalism (Verso Books), first published in French in 1983, is a gift to a revived Jewish left.

A work of oral history, Revolutionary Yiddishland weaves together transcripts of interviews with a selection of Jewish former militants, all of whom settled in the Israeli state. These interlocutors participated in three revolutionary currents: the Jewish Labour Bund, a Jewish socialist party active especially in cultural and trade-union organizing across Eastern Europe from the end of the 19th century; Poale Zion, a socialist Zionist organization that formed as an alternative to the anti-Zionist Bund; and Communist Parties operating under the coordination of the Communist International and the Kremlin.

Klingberg and Brossat’s book charts the progress of these tendencies from a period of revolutionary ferment around the turn of the 20th century, through the crises of Francoist and German fascism, to the catastrophic regression of the Soviet project. It identifies the cruel disenchantment of Stalinism as a key pivot towards familiar faces of today’s mainstream Jewish politics: the former socialist militant turned vehement “anti-totalitarian” Cold Warrior, the embittered ex-communist.

In Klingberg and Brossat’s words, these ex-communists “turned to a ‘realism’ that made the best of their situation, were wary of any extremism or prophetism, and judged more often in the name of moral humanism than a political programme.” Such a tragic-realist posture proved all too compatible with recuperations of capitalism and American imperialism as least-bad compromises in a worldly sphere where justice — so the argument goes— is not only unavailable, but even dangerously self-defeating to strive for.

But if cynics in this mold are bellicose in disowning their youthful revolutionary convictions, the voices of Jewish socialists resurrected in Revolutionary Yiddishland offer an illuminating counterpoint. Klingberg and Brossat note, for instance, that the Jews who mounted effective resistance to the Nazis overwhelmingly had roots in the organized left: “It was particularly when organizations and traditions of struggle already existed that the combat was pursued — or renewed — in new forms.”

They report that such Jews often formed a fraction of anti-fascist struggle disproportionate to their numbers, citing one account that suggests up to 30% of the French Resistance was Jewish. Of the 35,000 to 50,000 international volunteers who travelled to Spain to fight Franco’s fascism, up to 6000, the authors suggest, were Jews—so many that Yiddish became a lingua franca of the Spanish battlefield.

This united front of revolutionary Jews in the fight against fascism belies an extraordinary diversity of opinion on the Jewish left of the time. The Bundists spurned the socialist Zionist vision as “a petty-bourgeois and reactionary utopia.” Left Zionists like David Grynberg, who fled Poland for Paris in the early 1930s, saw themselves as Jewish communists with an internationalist perspective that the Bundists lacked, focused as the latter were on the particularities of Yiddish culture and local or regional Jewish trade-unionism. The account of David Sztokfisz, an activist in Poale Zion in the 1920s whose siblings all became communists to the left of that organization, is typical:

We never stopped quarrelling at home, as I was the only one to remain loyal to Poale Zion. Our father was in despair: ‘What’s going on?’ he asked. ‘Before, at least you were all in agreement, and now there’s all these different schools. It’s stopping me sleeping!’

Many of the events traced in Revolutionary Yiddishland suggest counterfactual histories — what ifs that might inform contemporary practice. The Palestinian Communist Party, for instance, most of whose early leadership was Jewish, worked to organize Jewish and Arab workers in 1920s Palestine on the basis of shared class rather than nation. Klingberg and Brossat describe the basic values of this party, “sometimes [enacted] with a certain success,” as “the alternative of a society in which the Arab and Jewish workers and peasants of Palestine would live on a basis of equality.” Consigned to “the shelf of lost utopias,” this moment of organized struggle against bourgeois Zionist and imperial British colonization — a fight in which Jewish and Arab workers united — is a moment of not-quite-forgotten history that intimates the possibility of a decolonized future.

The bouquet of divergent tendencies on today’s Jewish left remains contradictory. Should Jewishness be expressed as a project of national self-determination? Or should the national dimension of our experience as Jews be subordinated to the broader project of international struggle against racial capitalism and imperialism, forces that breed relations of exploitation and alienation among Jews as among all oppressed peoples, all dominated classes? If Jewish identity is both national and religious, what is the place of the spiritual in our struggles? How might we mobilize Judaism’s spiritual resources for liberatory ends in ways that transform their cisheteropatriarchal and hyper-nationalist historical character?

Focused on the secular and national sides of Jewish life, Revolutionary Yiddishland offers few resources for thinking through the subtle, non-deterministic relationship between the spiritual teachings of the Jewish faith and the political commitments Jews make. And its narrative method can feel unfocused, stacking anecdotal oral histories on each epoch but seldom lingering on an interlocutor long enough for a clear sense of the person to emerge.

Yet its resurrection of those forgotten ghosts of a notably haunted community is a great service to Jewish socialists today. It helps us situate ourselves in a lineage of those who believed the soul of Judaism is to struggle for a trans-national justice. The Nazis sought to destroy us because they feared us, and they were right to fear us: at our best, we absolutely are a mortal threat to the nation-state that conceives itself as the ultimate arbiter of right. Our political orientation is also irreducible to our own nation or its modern nation-state. On the contrary: the excellence and essence of a resurgent socialist Judaism is to seek justice from Turtle Island to Palestine, for all the shackled of the world.