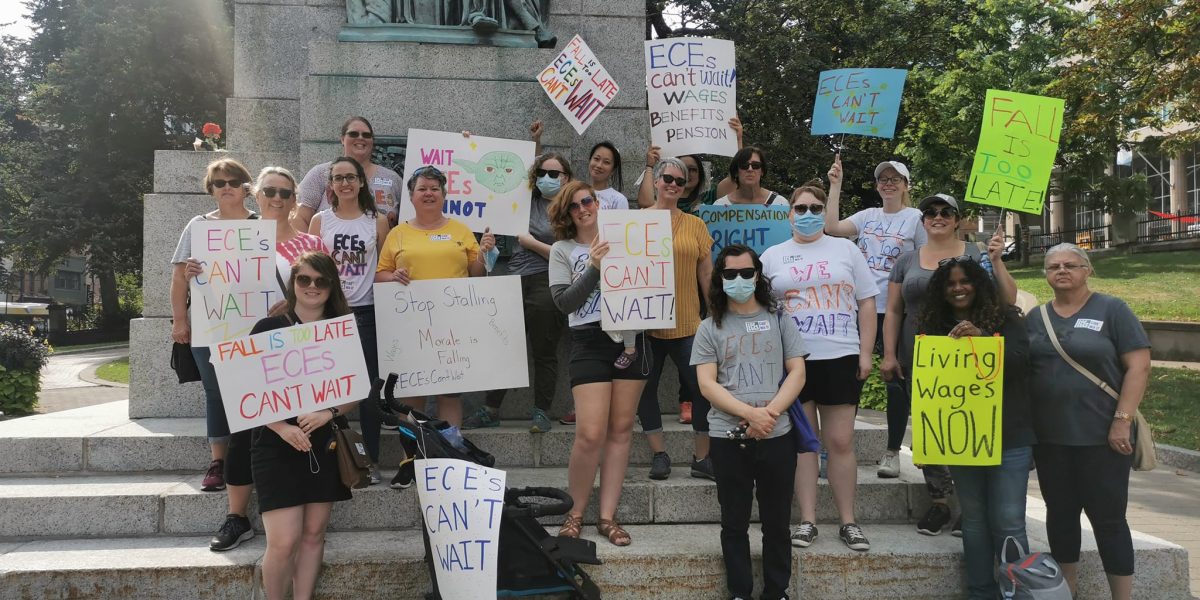 This week, after months of delays, the Nova Scotia Conservative government finally released a new wage framework for Early Childhood Educators. The news is very disappointing as most ECEs are still not going to make a decent wage.

The wage floor for ECEs has been frozen since 2016, however that wage floor was based on data from 2012. As a result, funding for ECE wages is essentially 10 years behind where it should be.

To make matters worse, in 2017 the then Liberal government created a two-tier system of wages and benefits for ECEs in the province. ECEs in regulated childcare continued to be subject to the frozen wage floor, while ECEs doing the same work in the school system a re able to access higher wages and better benefits, including pensions.

As part of the Canada-wide Early Learning and Child Care Plan, the Nova Scotia government promised to increase wages for ECEs across the province and introduce benefits, including pensions, for childcare workers in regulated child care.

Now, more than a year later, and many ECEs will still not be making a decent wage based on the new wage framework. Under the new framework, ECEs will make between $19.10 and $24.39 based on their level of education and number of years of experience. Only ECEs at the highest level of education with more than four years of experience will make more than the $23.50, the CCPA-NS estimates, is needed to make ends meet in Halifax.

Wage floor not keeping pace with cost of living

The Tory government has also announced that movement on a pension for child care workers and improved benefits will not come until 2023. There is also no new wage floor for child care support staff, meaning these workers are unlikely to see any wage increases.

Politicians will pat themselves on the back for these raises, but parents and child care workers know that paying the frontline staff that care for our children poverty wages will continue to prevent our communities from having the universal, public, affordable child care system we deserve.