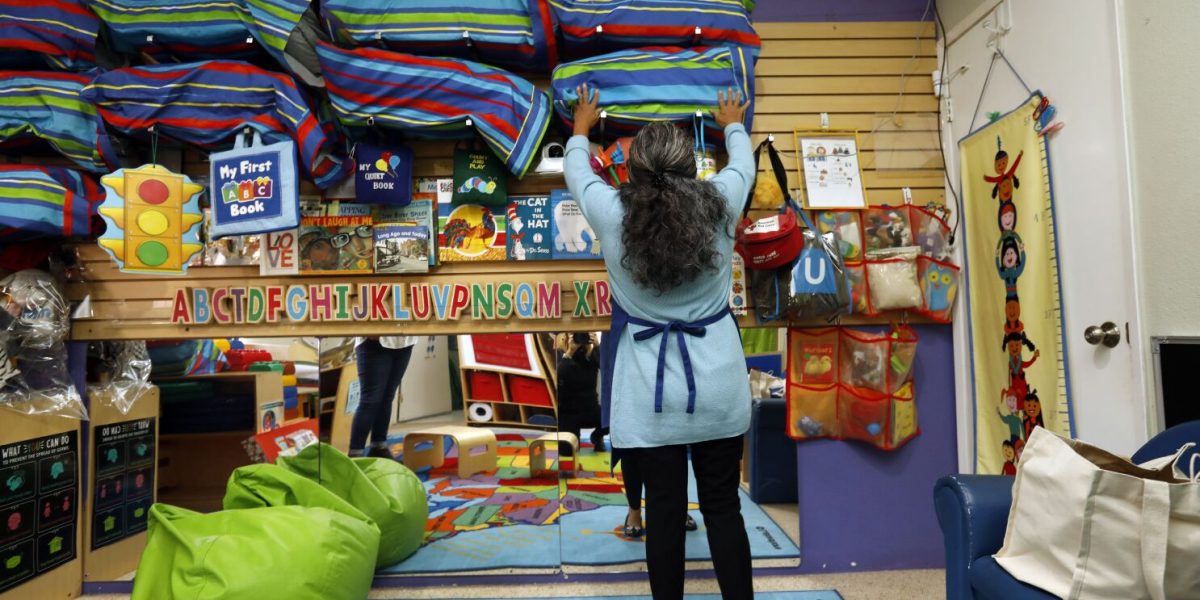 “I was told by one daycare facility today that parents are waiting over 2 years for spaces. I was told by several daycare facilities in the last several months that I’m still on the waitlist, and the ones I was applying to as a new parent wouldn’t have space for my 18-month-old till she is 30 months, and their 2022 list is full. The $10 a day child care means sweet eff all if there are no spots in the first place.I hate that this is almost 2022 and child care is still such a mess.” – Reddit user, worldsmostmediummom

This Reddit user’s struggle to secure a childcare space in Victoria, British Columbia mirrors the experiences of many Canadian families right now. The initial relief parents may have felt when $10-per-day childcare was announced has been replaced by frustration for those who cannot access childcare because of a lack of supply to meet parent demand.

A central cause of this shortfall in childcare supply is the result of a workforce crisis in the sector. Poverty-level wages and harsh working conditions have meant that many childcare workers do not stay employed in the field for long, causing staff shortages and high turnover rates for centres who struggle to survive, much less expand their operations.

The solution to poverty wages and resulting staff shortages is simple: the establishment of a wage grid that will guarantee a decent wages to childcare workers. Unfortunately, most provincial and territorial governments continue to put off establishing such a grid, demonstrating that the public need to get involved in this fight to force our elected officials to establish a fair wage scale for the childcare sector.

Childcare, like most care work, has historically been devalued under capitalism, with compensation paid in parents’ appreciation and hugs from their small charges, rather than decent wages. Take Rachel, who is an Early Childhood Educator (ECE) in Ontario and who, like many ECEs, has extensive certification and education in early childhood studies. Even after Rachel graduates with a Masters in Early Childhood studies, she could make as little as $18 an hour if she chooses to remain employed as an ECE because this is the base rate of pay for qualified ECEs in Ontario.

Rachel notes that most of her classmates have already decided that they will not be working in the sector after they graduate, despite training in early childhood studies, with many deciding to enter Teacher’s College instead. For those childcare workers that do decide to enter the sector as a ‘labour of love’, many cannot even live in the communities they work in as cost of living rises while wages remain low.

The low rate of pay in Ontario is typical across the country with average and base wages hovering only a few dollars above minimum wage. For example, the baseline rate for trained ECEs is $18.89 in Alberta, $19.05 in Prince Edward Island (if workers have a 1-year certificate), and $19.53 in Manitoba. Other provinces, like Saskatchewan and British Columbia are currently relying on one-time top ups or wage enhancements of a few dollars, with no guaranteed minimum rate, to try and entice workers to remain in the sector.  A notable exception is the Yukon, which established a starting wage of $30/hour for qualified ECEs.

As long as childcare workers are not paid decent wages, there will be an ongoing and increasing shortage of childcare spaces across the country, including in the territories where cost of living is higher than in the rest of Canada. The Northwest Territories Early Childhood Association has identified staff retention as the main barrier to expanding access to childcare in the territory.

In Ontario, there is already projected to be a shortfall of 227,000 childcare spaces by 2026, partially because of the ongoing workforce crisis.

“You can build the bricks & mortar, but that’s not child care. Child care is really early childhood educators & child-care workers, and in Ontario right now we have a shortage of both,” noted Rachel Vickerson, executive director of the Association of Early Childhood Educators Ontario.

What is even more concerning is that some provinces may even experience declining childcare availability as centres consider closing permanently as they struggle to attract staff. In New Brunswick, NDP leader, Claudia Chender, notes that for-profit operators are not the only operators at risk of closing due to staff shortages.

To attract the workforce needed to meet rising demand for childcare in the country as childcare fees continue to drop, childcare advocates, including the Association of Early Childhood Educators of Ontario (AECEO), the Ontario Coalition for Better Child Care (OCBCC), and the Early Childhood Educators of BC, have called for wage grids that would establish a fair wage for ECEs that recognizes their skill and training and similarly fair compensation for other childcare staff. These workers also deserve a pension to ensure they can retire with dignity.

But without pressure from the public, provincial and territorial governments will continue to drag their feet on implementing a fair wage grid for childcare workers, and the federal government will continue to claim that this is an issue outside of its direct jurisdiction.

If we want $10-per-day childcare to succeed, we need to fight to ensure the government intervenes to guarantee a fair wage for workers and accessible care for families. You can play an important role in this fight. If you live in and around the Greater Toronto Area, consider participating in the Worth More Rally for Decent Work in Child Care on November 30 at 10am at Queen’s Park to support decent compensation and fair working conditions for childcare workers. There are actions across the country on November 30 including a Justice for Workers phone zap.