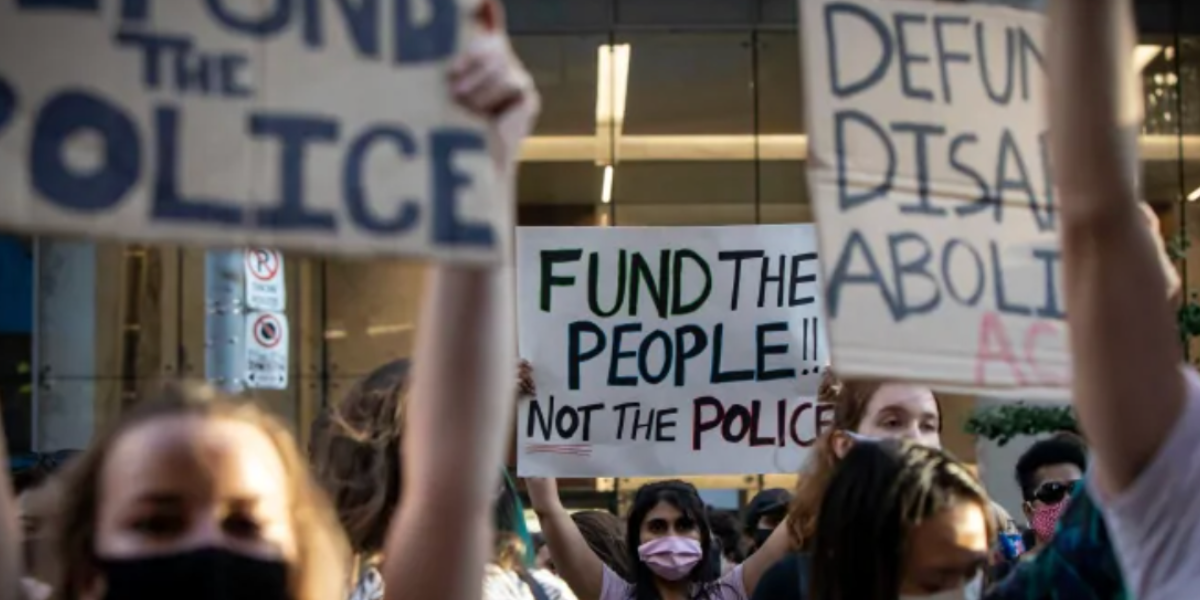 I am no stranger to gun violence.

I grew up in a community housing project, home to Black and brown people who endured Toronto’s first “summer of the gun” in 2005. That year saw a record number of gun homicides, with 52 murders.

I used to mistake the sound of emptied clips for fireworks until my mother and I witnessed a drive-by shooting. With each passing week, semiautomatic gunshots and police sirens became another sound of the night in my childhood.

None of it was normal. Now, I can see that violence was the culmination of policy decisions marked by decades of cuts to services in our communities. We — the victimized and the victimizers — were on the losing end of austerity budgets that pushed us out as we contended with poverty, food insecurity and precarious work.

We were left to fend for ourselves in a powder keg of complex trauma, drug use, and street violence.

Now, Mayor John Tory proposes injecting nearly $50 million into the police budget against the backdrop of the pandemic, a looming recession, and a housing crisis that breeds desperation. The mayor — who was endorsed for the position by the police association in 2003 — justifies the spending by insisting that we, those who live through gun violence, have asked for more police.

He ignores the deep skepticism expressed by community members and activists. He ignores research by scholars questioning the efficacy of throwing more police at the crisis. And, he ignores history, too, because we’ve been here before.

Politicians have tried to police their way out of the crisis, boosting police budgets while cutting back on everything our communities need for safety. In response to the spike in gun violence in 2005, Stephen Harper’s government introduced a “tough on crime” approach by legislating mandatory minimum punishments — many of which have since been declared unconstitutional by the Supreme Court of Canada.

In 2006, the province confronted the wave of shootings by spending $51 million to create the Toronto Anti-Violence Intervention Strategy (TAVIS). This notorious police unit used tactics that routinely violated our civil liberties, such as carding and excessive force during roundups and arrests.

The police have targeted communities of colour for decades alongside budget increases that outpace inflation: from 2003 to 2019, the police budget jumped from $670 million to close to $1.2 billion, a 75 per cent increase over 17 years — more than the city has spent on health, housing, and youth services in any given year.

These overlapping periods entrenched the surveillance and mass incarceration of poor communities. With even more police in our neighbourhoods, we felt as if we lived under military occupation. The disproportionate contact that racialized people and poor people have with the police meant that we increasingly bore the brunt of their brutality (a reality affirmed by the Toronto police’s statistical data).

Despite this “law and order” approach supported by all levels of government, the summer of the gun repeated itself in 2018 with a record-high number of homicides.

Even before this year’s proposed $50 million increase, the police budget constituted 7.4 per cent of the city’s operating budget at $1.1 billion.

Our budgetary decisions deepen inequality rates as police spending remains the most oversized line item on the city’s operating budget. By contrast, the Toronto Public Library, a sanctuary for many in our communities, will need to cut $3.7 million from its budget. Service cuts to public transit will fuel the isolation of low-income communities trying to get to school and work. Food banks contend with crisis levels brought on by insufficient incomes, inflation and rising living costs.

Study after study has left one conclusion unequivocal: violence is a public health concern born from the suffering created by income inequality and racism.

Violence is not inevitable, and budgets reflect our priorities. We can choose life-affirming policy decisions that boost food and housing security, public healthcare and decent work protections.

But, we remain tethered to policing, despite its futility. Although the police chief has welcomed the increased funding, the mayor is not relieved of his responsibility to address the root causes of violence.

Structural poverty and racism breed gun violence in our neighbourhoods, and the budget process forces us to ask what truly keeps us safe. We can no longer afford to try to police our way out of this crisis.

This article was first published in the Toronto Star.