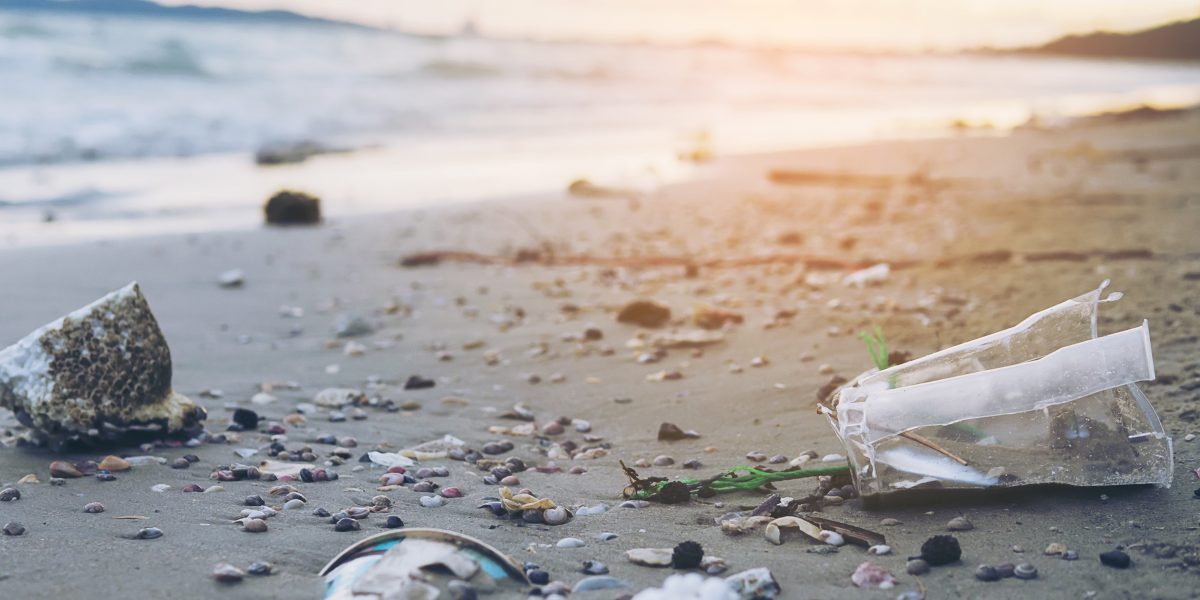 Lin, can you tell us a bit about Plasticfree Toronto. How it started and what it does?

My sister and I co-founded Plasticfree Toronto back in 2018 after we attempted to go plastic-free for 30 days, and realized it wasn’t really possible. We started by sharing our journey on Instagram and hosting events such as movie nights, rooftop garden tours, beach cleanups, and “Sweet Potato Politics” to foster community-building and get people engaged in discussing sustainability. We also hosted seminars for high school classes to educate on the plastic crisis and its broader social justice implications. Most recently, we hosted “Plasticfreedom”, a workshop series about environmental justice and the plastic crisis. To date, we have participated on a variety of panels and been invited to speak at various eco-focused events. We also co-host sustainable skill-sharing workshops on YouTube live (bit.ly/we-solation)

As far as my speech goes, I think the parts I always like to focus on are the bits that don’t get talked about as much in the media — namely, how single-use plastic impacts people, not just nature. I also like to focus on the ways that people can create positive change in their own lives and as communities. As a model, I’m also interested in the ways the fashion and beauty industry can start to operate ethically and sustainably. I am not part of Fridays for Future, but have been striking with them since they started in Toronto, so I am friends with a couple of the organizers.

How do you see the connection between mobilizations like Fridays for Future and going plastics free?

The way I see it, there are two avenues for taking planet-shifting action: one encompasses those actions that work to shift the culture, and the other are those actions that work to change our systems. For example, individual actions like reducing your plastic consumption or eating less meat have the effect over time of changing the culture, shifting the norms by which we all operate. Meanwhile, asking the city to ban plastics, or petitioning the government for clean water in First Nations communities, serves to change the way systems operate. Some actions, like joining a worldwide strike to express your beliefs and values do both, and I think both are equally valid and necessary. I love Fridays for Future because they raise awareness around a multitude of issues and mobilize people to demand systems change, while simultaneously normalizing speaking out and standing together.

How can we achieve a plastics free future?

I believe that ridding ourselves of single-use plastic can only occur after we’ve addressed several other injustices. For example, in Canada, we cannot truly abolish plastic water bottles until we have provided everyone living on this land with access to clean drinking water. Similarly, we cannot just get rid of food packaging until we’ve provided everyone with access to affordable package-free food options, and a living wage with which to purchase them. At the same time, the rampant culture of capitalism that encourages people to continually extract from and pollute the land/air/water, coupled with the culture of racism that allows this ecological devastation to occur as long as it’s only devastating BIPOC lives and communities, must be checked. These two cultures of capitalism and racism have been masked as a “culture of convenience” and individual entitlement, and until we stop buying into these notions, we may not be able to reimagine our futures without the so-called “convenience” of things like plastics.

Has the pandemic changed anything? Outlooks? Possibilities for reducing pollution?

I believe that the pandemic has changed a lot! It showed us that quick and drastic action from our governments is possible. It showed us that when times get tough, people will do what they can to look out for one another — like Khaleel Seivwright who started building mini shelters for people experiencing homelessness in Toronto, as just one example of many.  It also showed us that slowing down could really increase environmental health as well as our own. I find it super hopeful that more people are out walking in the woods or taking time to connect with themselves and their values.

On a collective scale, we’ve also seen more people mobilize around issues of injustice, realizing where we can improve our systems to better take care of each other. I think that’s super important! Although the Canadian government engaged in “disaster politics” and used this pandemic as an opportunity to push through policies that I don’t believe are in the best interest of its people or our future, I feel like we are now waking up to all the good we could create in the world. It’s only so long before that good will find a way to manifest itself.

All in all, I think the pandemic has shown us that our current “normal” is not ideal, and it has reminded us that we can create new possibilities for ourselves.

Our economy thrives on disposability and making people feel individually responsible for big systemic problems like pollution and climate change? How can we counter that?

When feeling guilty or responsible for the current state of the world, I think it would go a long way to remind each other that we did not get here alone, nor can we get out of here alone. Individualistic beliefs may have gotten us here in the first place. To counter that, I think we need to act as a collective, which requires us to first open our eyes, ears and hearts to those around us — even to those that we disagree with, and especially to those that have been marginalized or disenfranchised. It requires us in many instances to give away our power, which can be scary for many, but there’s comfort in knowing that anytime we give, we also receive. And as long as the Earth remains healthy, she will continue to provide all the gifts that we truly need.

We are seeing a general strike of 250 million people in India against the government and multinational corporations with environmental implications. How does mass action like this fit into a fight for a plastics free future?

I find the strike and protests in India to be so powerful! Mass actions like that are meaningful to me because I think change happens when people open their hearts to one another. If we can open our hearts to the issues that our friends and family care about, and they can do the same for us, we can stand together as a united voice. Hopefully, those that hold power to change legislation will act in support of this voice, but even if they don’t, I believe the necessary change has already taken place — the change that allowed us to see each other as valuable and worthy of support. I always say that there are just some things that once you’ve seen, you can’t un-see, once you know you can’t un-know. Similarly, I think once you’ve felt the love of that many people coming together, the only place for that love to flow is outward into your everyday actions. That love affects the people around you, and the people around them, and who knows….maybe one of those people will have a part to play in re-writing the legislation you’re trying to change.

Where do you get hope?

I am hopeful every time I see people embracing who they really are, learning to accept themselves and show themselves love. If we can see our own value, we can see that of others, and we can build a world where we all have value. I am also hopeful because nature is resilient, and we have so much we can learn from her if we start listening.