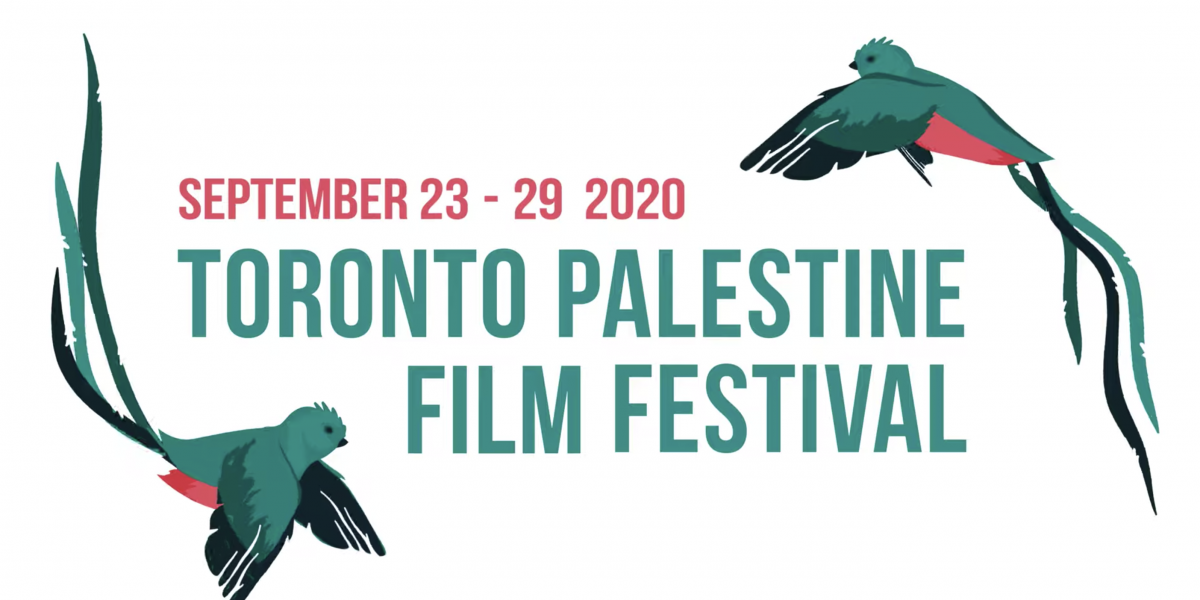 In its 13th year of operation, the Toronto Palestine Film Festival (TPFF) returns as an online event, more important than ever, to provide a space for Palestinian artists and community members to connect and engage with the Palestinian struggle through films. I caught up with the festival’s programmer Dania Majid to talk about Palestinian “national” cinema, resistance, and community.

What does Palestinian cinema mean to you? Is there any notion of a “national” cinema in the Palestinian context?

Dania Majid (DM): That’s a little complicated and there have been various discussions and debates surrounding what can be considered Palestinian cinema – is it cinema about Palestine or by Palestinian people? There are so many of us spread out across the globe and the way the diaspora engages in the struggle is different from the way people on the ground engage with it. Unlike many other countries in the Middle East, we don’t have a state organization or institution whose sole purpose is to promote Palestinian culture and cinema. So yes, there is no formal effort for the creation of culture but in many ways, I feel, we benefit from that. The absence of an institutional structure meant that we could carry less of the problematic pieces that we see in other national cinema including gender bias, race bias, etc. You can see this in Egypt, for example, where the production of a national film culture was controlled by the Mubarak regime.

The lack of national cinema has meant that the filmmakers themselves have defined what is Palestinian cinema, and what is Palestinian culture. And it’s coming from filmmakers with the camera in hand and on the streets and in the communities. The films touch upon really difficult topics, lots of taboos, and there’s an authenticity to the voice – you don’t feel like that the narrative has been filtered through a “national” lens. And I think the other thing is, there is a huge participation of female filmmakers in this industry.

A next generation of Palestinian filmmakers and artists, who are closely tied to the social movements on the ground, raising their voices for change, and building the vision for Palestine are being reflected in our cinema as well. It’s a very interesting time for Palestinian cinema and, you know, I think maybe in hindsight, the lack of that national cinema is what has contributed to its actual success.

Do you think there is an expectation from audiences in the West to fit Palestinian stories into certain stereotypical projections?  What role does film festivals like TPFF play in providing a counter narrative to that?

DM: When we started in 2008, our intention was to commemorate the 60th anniversary of the Nakba. At that time, you really couldn’t say the P-word without being attacked or being dismissed. One of the films we screened was about hip-hop and people were blown away. Audiences in the West have an ingrained view of Palestine as being just a conflict-ridden war zone and envision the people there as either victims or terrorists. It was unimaginable to the audience that a film could talk about occupation and those sorts of things, but through the voice of people performing hip hop.

The work of festivals like TPFF is important in humanizing our struggle. Because back then, we were not really seen as human. Telling these stories, raising awareness, showcasing fresh new points of views – this enables a meaningful and enriching space for our community to get together and engage in our culture.

What are some of the thematic highlights for this year’s programming?

DM: The program this year is quite diverse, but I definitely have to say that perspective of the youth who are pushing for change is definitely a prominent feature of a lot of the films this year. The other thing that we see a lot of, is a reconcilement between the past and present and the future as it relates to identity, homeland, and nationalism.

You mentioned that Palestinians in the diaspora engage very differently with the struggle than people back home. What are some of the differences and how do they manifest in films?

DM: Our struggle is different because we are not on the ground with our Palestinian brothers and sisters. We’re struggling against anti-Palestinian racism; we’re fighting the appropriation of our culture. We’re struggling to be seen and recognized and have our voices heard when there’s a concerted attempt to erase that voice. These subjects come up in films made by Palestinians living abroad. There is also a culture clash element to the diaspora and a need to challenge taboos and traditions. Having a foot in each world and being pulled apart in separate directions and trying to create that identity in the place that you are in. TPFF has a local residency program that focuses on these issues in the Canadian-Palestinian context.

On that note, I also want to ask, is the relationship complicated for hyphenated Palestinians? To be Palestinian in Canada, a settler-colonial nation-state formed on stolen land?

DM: There are several Palestinian community members engaged in solidarity work, whether it be here or other colonial lands. It’s definitely in the forefront of the work that we do at the festival. Sometimes I’ll watch films about Palestinians being thrown off their land and immediately will have a flashback to what is too similar scenes of Indigenous people, whether they be in the US or in Canada, fighting pipelines. There’s a lot of similarities and you do feel the connection. We try to create programming at TPFF where we have content that push our audience to think about those connections. Last year we collaborated with imagineNATIVE Film Festival, for example, to bring a work on Indigenous Futurism to one of our exhibitions. We actively try to secure work that enable our audience to think about settler colonialism in a broader sense.

If you had to recommend top three things to check out from this year’s festival, what would they be?

DM: Oh, man, that’s so hard, especially when you’re programming them all! I would recommend people to get a taste of everything. Watch some films, watch some of the musical performances, and watch some of the discussions – because each thing offers something very different.