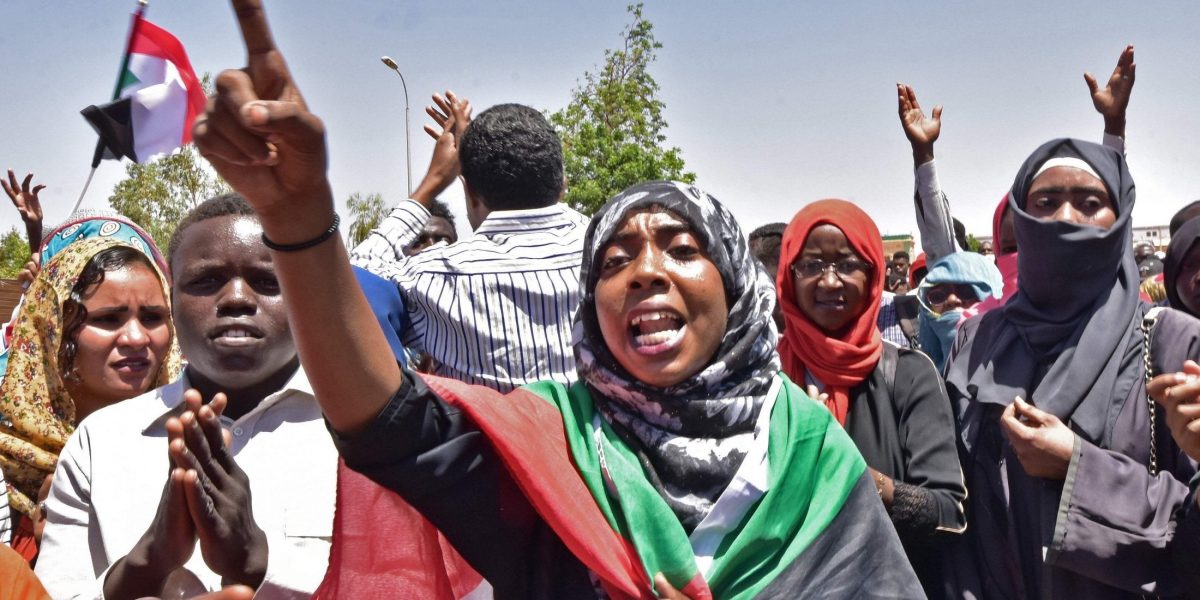 Opposition leaders in Sudan have agreed a rotten deal that falls far short of what is needed or possible. For seven months millions of people have shown immense courage to win civilian rule and democracy. The deal does not deliver this. It means effective military control for almost two years and no elections for more than three years. It allows the military to regroup, end the mass protests and strikes, and then cement their rule.

The deal was agreed between the Transitional Military Council (TMC)—the armed forces controlling Sudan since Omar al-Bashir was deposed in April—and the Alliance for Freedom and Change (AFC). Under its terms a new sovereign council will be established as the most important governing body. It will be made up of five military members and five civilians with an eleventh member decided mutually.

The council will rule the country by rotation between military and civilian leadership “for a period of three years or slightly more”. The military would lead the sovereign council for the first 21 months, and a civilian would take over for the remaining 18 months—if the military haven’t abolished it by then.

There is supposed to be a “national committee of inquiry” into the massacre at the Khartoum sit-in on 3 June. But the military won’t allow any true accountability that reveals its direct responsibility for the bloodshed.

An AFC statement said, “What we have realised today is a gateway to the application and the realisation of the goals of the revolution. We will continue our road through a vast partnership with all the national forces that have not fallen in the mire of the oppression of the late regime of al-Bashir.”

That’s not how many people see it. Mohamed Ismail was part of a crowd discussing the deal in Khartoum’s al-Sahafa area. “We would like to see many more guarantees from the TMC because they’ve made many promises on handing over power only to backtrack later on,” he said. Sudanese political commentator Kholood Khair said,

“The first period looks like the military meaning to consolidate power and remain in power and just bide their time until they are able to leverage that to remain in control.”

Some of the armed groups that have been fighting the regime for many years rejected the deal. The Sudan Revolutionary Front said it would lead to a continuation of al-Bashir’s system and was just “old fish in a new pot”. Another armed group said it was a “cheap bargain” and “a betrayal of the revolution and the blood of the martyrs”.

An early indication of the military’s intent came when opposition forces supporting the deal came onto the streets to celebrate. According to Radio Dabanga, members of the Rapid Support Forces (RSF) used live bullets and tear gas against people celebrating the agreement.

One of the most worrying signs is that TMC deputy head General Mohamed Hamdan Dagalo welcomed the deal. This blood-soaked gangster will not allow any concessions to real democracy.

Historian of Africa and Darfur Gerard Prunier said the deal was “buying time on the part of the military” and fitted in with the demands of reactionary outside forces. Prunier told the France 24 news channel that Saudi Arabia and the United Arab Emirates were making “suggestions backed up by cash” which fitted with the interests of the TMC.

AFC leaders say they will keep up engagement with the masses through mass meetings and forums and maintain pressure on the military. But that is empty talk now the mass protests and strikes are called off.

Those involved in the courageous and inspirational revolt in Sudan deserve much better than this deal. The TMC has to be defeated, not bargained with and allowed to remain in control.

Some of Sudan’s local resistance committees are opposing a recent deal between the opposition and the military. These committees have been crucial to the battle against the regime.

“This agreement doesn’t consider us or even our demands,” said Waleed Omer. Waleed is a leading member of the resistance committees in Omdurman, one of Khartoum’s two sister cities. “We haven’t been consulted and we haven’t been represented so we are against it,” he told Middle East Eye.

“We don’t care about these political agreements and these compromises. We are preparing for a new wave of protests and we will show them the will of the nation.”

Resistance committees in Bahri, as well as the city of Port Sudan, have also come out against the agreement and are determined not to lose the momentum built up since December. The deal means the leadership of a joint military and civilian governing council is to remain with the military for the first 21 months.

Members of the notorious Rapid Support Forces (RSF) shot dead a protester in El Souk in the state of Sinnar on Sunday. Residents had rallied to demand that the RSF leave the town.

This is shared from Socialist Worker (UK) articles here and here.