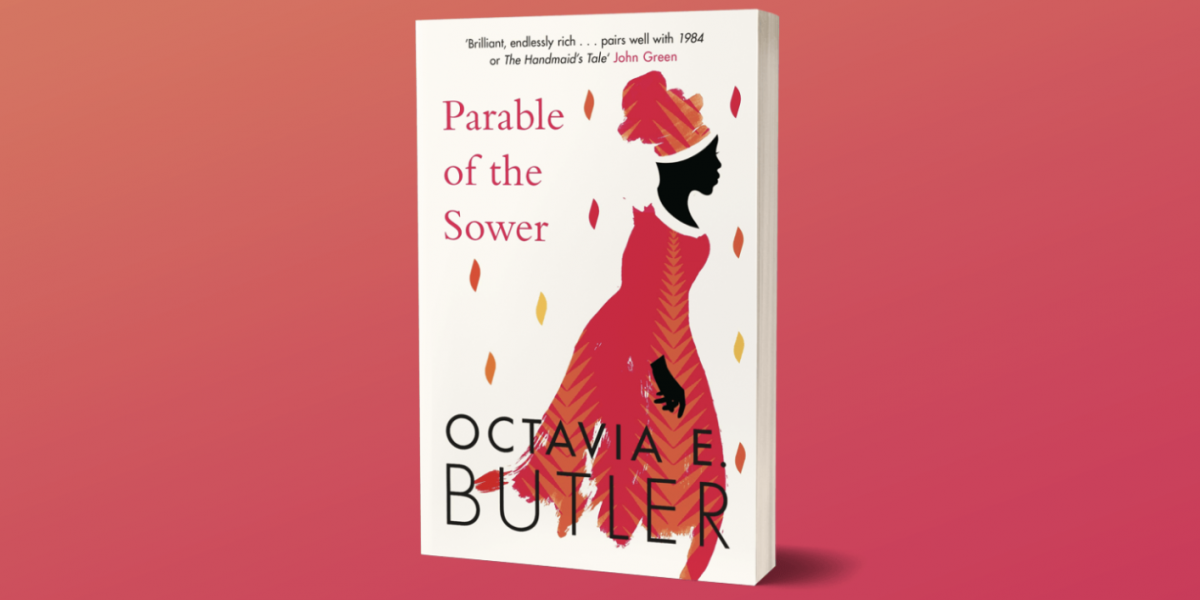 It’s hard not to despair. We stare at a death sentence, an unparalleled crisis that surpasses boundaries for the nitrogen cycle, the rate of biodiversity loss, and climate change. But, the knife on our necks doesn’t cut equally. The threat of rising sea levels precipitates a refugee crisis across Asia, the Middle East, Latin America, and Africa. Migrants drown in oceans as they are denied safety by the very same countries that appropriated their environments and made them subservient to Western markets. Environmental crimes across Turtle Island like in Flint Michigan or Grassy Narrows pollutes the water supplies of Black and Indigenous communities. Garbage dumps are placed next to low-income communities across the continent.

But, in 1993 Octavia Butler heeded a warning about the greed of the global ruling class and climate change that was incredibly prescient (even predicting the rise of a white nationalist presidential slogan, “Make America Great Again”). Butler saw where we were heading. In Parable of the Sower, she foretells a rise in racism, nationalism, and a massive refugee crisis that presented climate change as an intersectional issue. Butler tells the story of Lauren Oya Olamina as she leads a group of refugees through a California ruined by corporate greed, inequality, and the toll of environmental destruction in 2024. Lauren’s quest had roots in the real-life event of California Prop 187 which attempted to deny undocumented migrants fundamental human rights.

In the Los Angeles of the near future, humans are scattered across the planet, forced to turn on each other and compete for what little resources remain. They live inside enclosed communities—not the gated communities of the wealthy but those of a besieged people surrounded by a crumbling society. The poor and the dispossessed outside the community walls are addicted to a drug called Pyro, and pathologically light communities ablaze like wildfires. Butler warns us that without community and a life-affirming redistribution of resources, we will eat each other like parasites.

Butler cautioned us decades ago that there would not be a past to come home to once we hurtle beyond the tipping point. As she writes,

“They never miss a chance to relive the good old days or to tell kids how great it’s going to be when the country gets back on its feet and good times come back.”

Still, Lauren founds a new religion called Earthseed and deifies the flow of change, consecrating the law of impermanence, an idea common in Taoism and Buddhism. We can choose to be stuck in fear or denial or we can bend with the flow of change.

Climate change compels us to change.

Butler rejects the claim that overpopulation is to blame for outpacing food production and instigating famines – a myth exonerating ruling elites while blaming victims. Lauren struggles with hyper-empathy,  a condition brought on by a drug addiction suffered by her late mother. Lauren finds her hyper-empathy paralyzing amidst oceans of suffering. But it also allows her to connect with other people, to see the interdependency that we experience in our social ecosystem, and build her community.

Butler urges us to consider our interdependency in averting ecological and social crises. Her narrative challenges the idea, promoted by green capitalism, that we can pursue individual solutions to avert a climate disaster. If only consuming a bit less, a change in lightbulbs, or a bike ride to work could save humanity and the planet. Environmental justice must be tied to what Martin Luther King, another Black radical visionary, called the “beloved community,” a society in which all people “can share in the wealth of the earth” and “poverty, hunger and homelessness” are eradicated.

Lauren presses the urgency of action by emphasizing our own capacity for struggle. As notes in Earthseed:

All that you touch you change. All that you change, changes you. The only lasting truth is change. God is change.” We are not powerless. Every action we take creates change too.

Butler writes with a prophetic voice and guides our imaginations toward new worlds, for our place is “among the stars.” She saw what was coming and offered a parable for survival. As we confront the death sentence facing us all, Parable of the Sower offers us a theory of environmental and racial justice that compels us to “shape change.” Parable of the Sower is a story about the outcome of a world governed by capitalism, but it doesn’t stop there.

Octavia Butler, after all, move us to imagine new futures. She delivers a powerful affirmation of struggle when she writes, “Belief initiates and guides action –or it does nothing at all.”

My deepest gratitude to Mary-Alexis for her guidance and feedback. You can learn more about ecosocialism as a theory of struggle in her article “System Change not Climate Change”