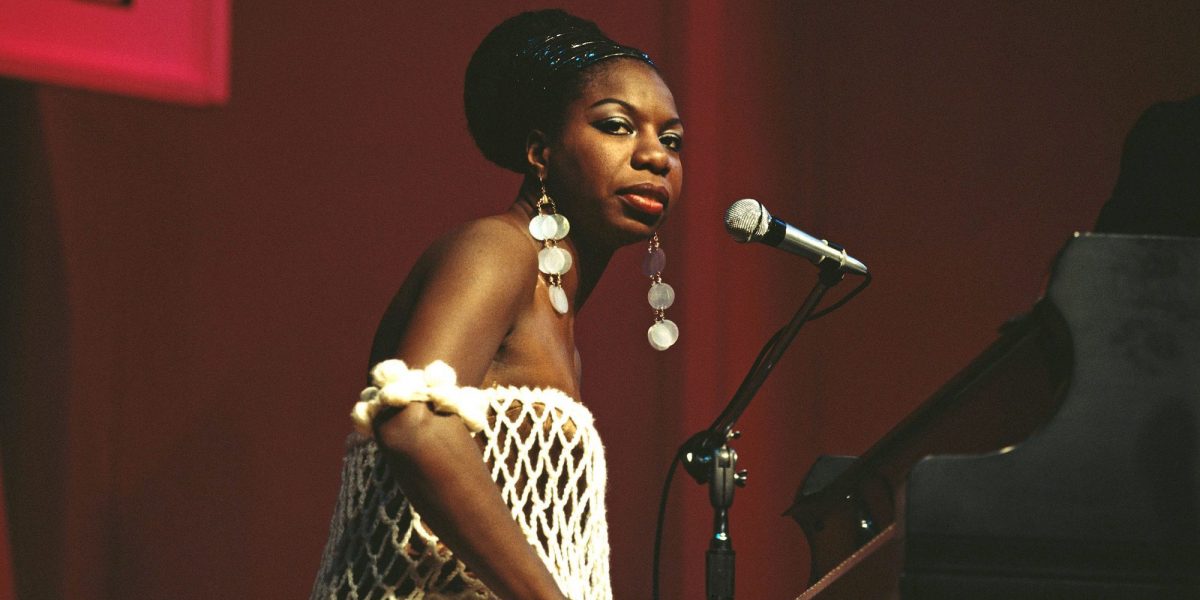 Remembered as an artist and civil rights activist who had a profound impact on the history of music and the political scene of her time, Nina Simone’s commitment to Marxism, revolution, and radical change are just as relevant today.

Nina Simone was born Eunice Waymon in 1933 in Tryon, North Carolina to a religious family. After displaying a talent for the piano at the age of three, the congregation of her parents’ church started the Eunice Waymon fund to help her become the first Black female concert pianist.

While the fund paid for her tuition at the Juilliard School, she was rejected from the Curtis Institute of Music in Philadelphia because she was Black. Symphony orchestras were still segregated at the time, which meant that she and many other talented Black musicians were sidelined. She faced racism throughout her life and career as a musician, spending many years dealing with financial hardship due to unpaid royalties, until a reissue of “My Baby Just Cares for Me” brought her financial security in 1987.

In the aftermath of her rejection from the Curtis Institute, she started playing piano in Atlantic City nightclubs. Since her family considered jazz “the devil’s music,” she changed her name to Nina Simone so they wouldn’t find out.

After a club owner told her she would be fired if she didn’t sing, she started adding lyrics to her melodies. Aside from her musical genius, her playful flair, unique voice, and personable manner of connecting with her audience quickly brought her success. Although she started out singing commercial love songs she soon found purpose in expressing her political message through song.

A friend of Langston Hughes, James Baldwin, Lorraine Hansberry, and neighbour of Malcom X, she became involved in the the civil rights movement. She was deeply immersed in movement politics, debates and organizing. Her song “Mississippi Goddamn,” written after the 1963 bombing of 16th Street Baptist Church in Birmingham Alabama, became an anthem of the civil rights movement.

“Everybody knows about Mississippi, Godamn!…If you have been moved at all, and you know my songs, for god’s sakes join me! The time is too late now!”

She also criticized plodding reformism preached by liberals, singing “They keep on saying go slow, that’s just the trouble. Desegregation — too slow!” The song’s constant refrain of “too slow!” calls for a much more radical change. Playfully, she sings “They say it’s a communist plot…but all I want is equality.” Simone exhorted listeners to act and to struggle for radical change. She warns listeners that reforms will not be enough. She had no interest in maintaining the status quo. In both her music and her life, she advocated for revolution.

In an article on Nina Simone’s radicalness, Chardine Taylor-Stone notes that Black women often get “deradicalized into safer versions that make white listeners more comfortable.” Citing Nina Simone’s comment about how she and Lorraine Hansberry discussed “Marx, Lenin, and revolution” instead of fashion and men, she argues that Nina Simone was a true radical. Indeed, her politics demonstrated a dedication to building a totally different world.

Through her music and her political activism, she committed herself to “fighting for a different kind of society,” one founded on equality. Her message is just as powerful for our movements today, and “Mississippi Goddamn” is just as relevant as a rallying cry. It tells us not to turn a blind eye to what has happened and is happening and that meaningful change can only be achieved by strong movements.