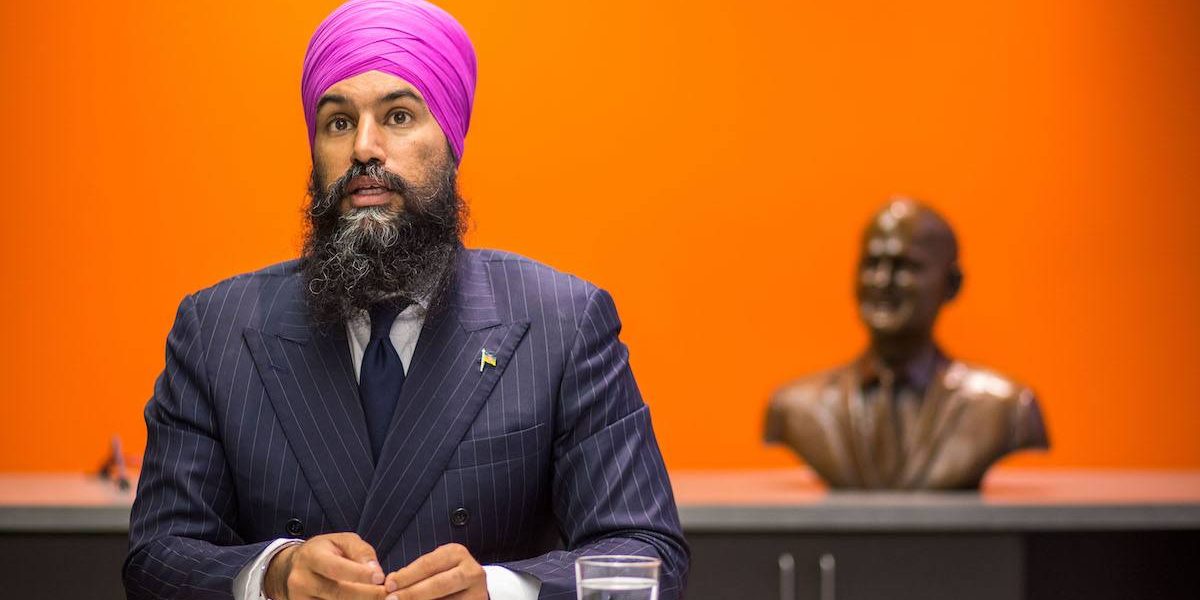 Federal NDP leader Jagmeet Singh is right when he states, “We believe Israel’s illegal occupation of the Palestinian territories is at the centre of the challenges facing the Palestinian and Israeli people.” In response the pro-Israel lobby has smeared him with accusations of anti-Semitism. We need to support Singh’s position on Palestine but also to tell him the NDP needs to withdraw from the Canada-Israel Interparliamentary Group.

On August 26 email Singh sent to a small number of NDP supporters that listed 13 demands of the Liberal government on Palestinian rights. They are:

In response to the attention devoted to Singh’s email by Palestinian solidarity groups and left-wing media, Centre for Israel and Jewish Affairs (CIJA) called on its supporters to “Tell the NDP to stop using this divisive rhetoric that infantilizes Palestinians, demonizes Israelis, and ignores the reality on the ground.” They also released a statement to the press and instigated a lobbying campaign. In an email campaign they declared,“Jagmeet Singh: Your Middle East Policy is Dangerous for Jews”. In an email to members last week CIJA they claimed, “Thousands and thousands of you joined in to act against the outrageous letter from NDP Leader Jagmeet Singh that demonizes everyone who identifies with and feels a connection to the Jewish state. Policies like those we saw in the letter breed antisemitism here at home – they put Jews in danger.”

Labeling the NDP leader’s 13 demands in support of Palestinian rights “Dangerous for Jews” is abhorrent. The CIJA owe an apology to Jagmeet Singh and the people of Palestine. Tens of thousands of Canadian Jews support Palestinian rights. In the first national survey of its kind, a 2018 EKOS poll found a significant proportion of Jewish Canadians critical of Israeli policies toward the Palestinians. Sponsored by Independent Jewish Voices and United Jewish People’s Order, 48 percent of respondents also felt accusations of antisemitism were often used to silence legitimate criticism of Israeli policies.

While the party has yet to formally condemn CIJA’s smear against its leader, Hamilton MP Matthew Green has stood up to the bullying. He tweeted, “If CIJA thinks running a smear campaign in the Toronto Sun against us will cause us to turn a blind eye to the Apartheid regime in Israel they are sorely mistaken.” Green must be supported.

While he’s currently being smeared as “Dangerous to Jews”, Singh has actually been incredibly timid regarding criticism of Israel. The NDP didn’t even publish the relatively timid 13-point statement on its web site or social media. They only emailed it to some individuals the party (presumably) identified as supporting the Palestinian cause. Probably in response to the anti-Palestinian lobby’s pressure, Singh attended a CIJA lobbying session on Parliament Hill last week to celebrate a state Amnesty International and Human Rights Watch have recently found to be committing the crime of apartheid.

Additionally, Singh has refused to heed a recent call endorsed by 40 groups and many prominent individuals to disassociate the party from the Canada-Israel Interparliamentary Group. Released two weeks ago, the public letter signed by Noam Chomsky, Linda McQuaig, Svend Robinson and Roger Waters points out that “it is incoherent for the NDP to echo human rights groups finding of Israeli apartheid and simultaneously participate in a group promoting ‘co-operation’ with Israel.” As the letter notes, “a number of NDP MPs recently signed Independent Jewish Voices’ Together Against Apartheid pledge and others have voiced criticism of Israeli apartheid.”

Please take a minute to express your support for Singh’s position on Palestine but also to tell him the NDP needs to withdraw from the Canada-Israel Interparliamentary Group.