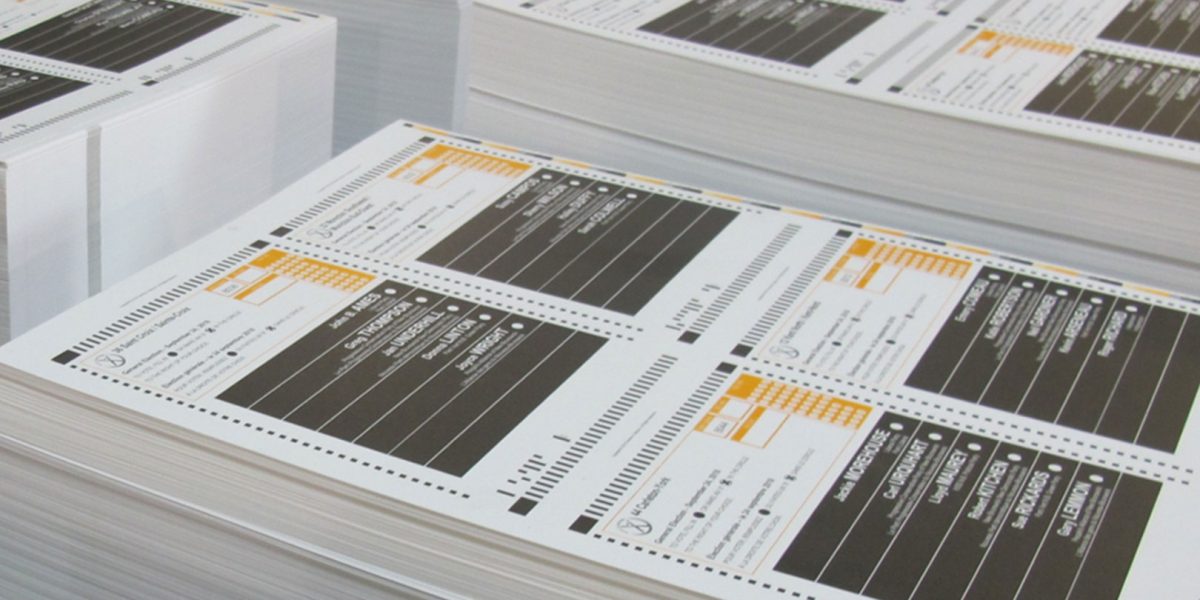 On Thursday, March 12, 2020, Blaine Higgs was anxiously waiting to see if his budget would be approved.

The sitting Progressive Conservative Premier of New Brunswick put forward a financial plan that was not exactly built on austerity but didn’t feature any major improvements for New Brunswickers. A sprinkle of funding for social assistance, more programs for private businesses, a continued plan to privatize Cannabis NB, millions on debt repayment.

The provincial Liberals, led by newcomer, un-elected, protester-tackling ex-RCMP officer Kevin Vickers, had already come out against the budget. Ready or not, they were going to take this minority government to election. At the time, Higgs was governing with 20 seats out of 49. The Liberals also held 20 seats.

Higgs wasn’t worried about three of the remaining nine seats. Those were held by the People’s Alliance, a far-right populist party that had risen from a laughable sidelined cabal to three sitting MLAs in just one election. Led by baptist minister Kris Austin, the purple party gained popularity by stoking the anti-francophone coals simmering in majority anglophone ridings. New Brunswick is Canada’s only officially English-French bilingual province. Here, francophones have the right to access public services in French. This creates resentment among the unilingual anglophone population, as they feel disadvantaged by what they think is “restricted access” (it’s not) to “well-paid” (they’re not) civil service jobs – they believe all public sector jobs require bilingual competencies (they don’t). The Société Acadienne du Nouveau-Brunswick routinely has to call out the People’s Alliance misinformation.

The purples had, so far, enjoyed a “King Maker” status in the legislature. They were able to get some of their “common sense” policies passed (such as removing the requirement for a mandatory front license plate). In exchange, they backed all of the PCs projects.

We had effectively been in a right-far-right majority government for the past 18 months.

Blaine also knew where three of the six remaining votes would go. Two seats were vacant. The other seat was held by a now independent MLA, Robert Gauvin. Gauvin stepped away from the PCs in February 2020 after disagreeing with Blaine Higgs’ proposed plan to close 6 rural hospital emergency departments (the Premier dropped this plan after community and political outrage). Gauvin would not support the budget, even if the plan to close the ERs was off the table.

Rise of the Greens

No, Blaine wasn’t worried about Kris Austin, his cronies or the empty seats. He *was* worried about the Green Party. Elected since 2014, the leader of the Green Party, David Coon, had earned the reputation for being a good parliamentarian with a solid progressive bent. In the 2018 provincial election, New Brunswickers elected two more Green MLAs, Megan Mitton (an ex-Sackville council member from Memramcook-Tantramar) and Kevin Arseneau (an eco-socialist farmer from Kent Nord).

To the shock of every progressive in New Brunswick, on March 12, David Coon chose to support the PC-People’s Alliance budget. The Green Party tried to say it was because of the pandemic that was quickly approaching NB, but that’s not what their leader’s statement in the Legislature said. David Coon said that “[the budget] is not nearly enough but it is progress (…) So, Mr. Speaker, I will not vote against this budget”.

Regardless, soon after, the entire country shut down to deal with the devastating impacts of the COVID-19 virus. Much ink has been spilled about why or how New Brunswick has fared better than most provinces: a fast-thinking ex-NDP leader now-PC Education Minister, a spread out population, or, simply, good ol’ luck.

Whatever the case may be, it wasn’t Blaine Higgs’ doing. In fact, the government of New Brunswick allocated the least amount of COVID-response money as percentage of the GDP than any other province in the country. As NB likes to compare itself to the other Atlantic provinces, here’s the breakdown:

Higgs’ blundered several more times throughout the height of the crisis, for example by restricting access to Temporary Foreign Workers, or trying to give his minority government unrestricted powers through the Emergency Measures Act. One of his biggest blunders to date might be leaving federal dollars on the bargaining table that would have gone on to help cash-strapped municipal transit systems because he simply didn’t understand the terms and took Doug Ford’s word for it.

Meanwhile, New Brunswickers’ dissatisfaction with the status quo, a province long dominated by the interests of the Irving family, was starting to bubble up to the surface. Following the Black Lives Matter uprisings in the U.S. and many Canadian cities, solidarity rallies were being planned and articles written on the opportunities to defund the municipal police departments in the province.

And then Chantel Moore and Rodney Levi were brutally murdered by police officers.

The murder of two young Indigenous people pushed Indigenous people in the province to, yet again, be on the frontline of progressive changes in New Brunswick. They had done so with their bodies to stop fracking in Kent County in 2011-2012, and now, with some of their own on the frontline of state violence, they held healing walks, press conferences and lobbied to call for justice.  Incensed New Brunswickers rallied behind the Mi’kmaq, Passamaquody and Wolastoq Chiefs that are still, to this day, calling for a public inquiry on systemic racism in the justice system, which Blaine Higgs keeps refusing.

On this backdrop of Indigenous organizing and resistance, several activist groups started dotting the landscape, and other established groups ratcheted their actions up a notch. New groups like Black Lives Matter-NB, Grassroots NB, Solidarité Fredericton Solidarity and FLIP Saint John started working on needed systemic changes in the province. The Save Clinic 554 campaign was once again loudly holding Higgs to account for his failure to not only save the only Trans-inclusive healthcare clinic in the province but also his reluctance to repeal Regulation 84-20 which restricts abortion medicare repayment to hospitals (New Brunswickers can only access abortions in three hospitals in the province: two in Moncton, and one in Bathurst).

Higgs could feel the water boiling. He could also feel the little sympathy folks held for him as a leader through a crisis starting to waver. So after a little charade he called “negotiating” with the Liberal Party to maintain “stability” (read: power) until “the end of the pandemic”, he dissolved the Legislature and called a provincial election.

The problem is that there is not a good replacement for Blaine Higgs. Let’s be clear: Higgs has got to go. But the leadership alternatives In New Brunswick are far from inspiring. Let’s review:

The Left and the election

This election’s salvation rests in the hands of the activists who have decided to run in their local ridings. New Brunswick is an ideological soup, where party lines are crossed all the time and we never know where one party or the other will stand.

There are some really exciting candidates with socialist politics running in this election. Cait Grogan, an abolitionist, is running against Blaine Higgs in Quispamsis for the NDP. Courtney Pyrke, an activist librarian and reproductive justice activist, is running for Saint John Harbour for the NDP. Delphine Daigle, a self-proclaimed socialist, is running for Shediac Bay-Dieppe for the NDP.  Kevin Arseneau is seeking re-election in Kent Nord for the Greens, while Joanna Killen, a social justice activist, is running in Saint John Lancaster. Two strong candidates, Sharon Teare, a labour leader and nursing home worker, and Alice McKim, a past Pride Saint John grand marshall, bizarrely chose to run for the Liberals. There are certainly some missing – the point is, for the first time in a long time, there are candidates who are embracing ideals that go above and beyond their respective parties’ platforms.

Blaine Higgs wanted an election because he wants a majority. We need to fight to ensure that doesn’t happen. And in two to four years from now, let’s hope all of the activism of the last few months will lead to a truly organized, socialist and anti-racist left – at which point we can take New Brunswick out of the dark ages and start confronting the entrenched power of the Irvings.