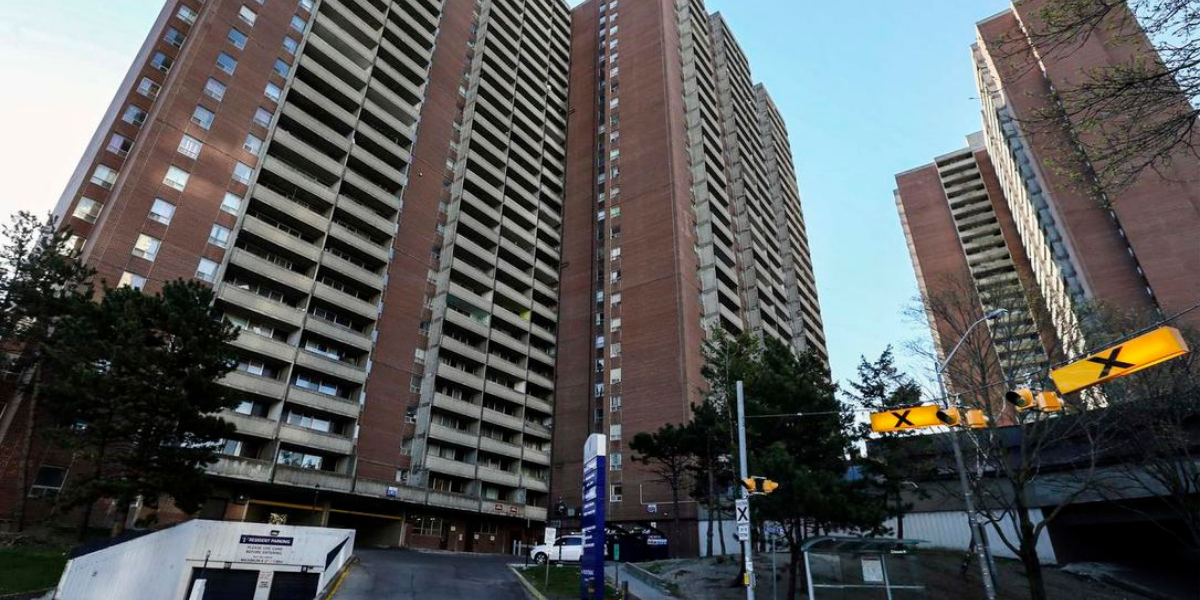 The housing crisis is clear: people are living in their relatives’ garages, or in the subway, or outdoors in parks, or on sidewalks. The solution needs to address how ruthless landlords and real estate companies, backed by unfair government housing policies, pushed them there and denied their humanity. This requires taking on the myths that fuel the housing crisis.

Myth 1: people choose to be homeless

Some say it’s a “personal choice” of those who are houseless to choose to live outside. But low-income or no-income people have not been given alternative options or choices of any other place to live. Our local housing laws have not offered us protection either from being pushed into homeless encampments, or from being bulldozed out of them.

People are not paranoid about shelters for no reason. I had to stay in shelters for a brief time with my daughter, and my daughter was stalked by another shelter member who thought no one could see him as he constantly peeped at her around corners and stood very close to our bunk bed. The preferable place for us would have been our own home for safety and privacy. But our landlord had given our home to the bank because he was permitted by the Condominium Act loop-holes to add $15,000 to our mortgage in order to pay for renovations without consulting tenants. If we couldn’t pay this amount within a certain time then we lose and we have to move. ‘Renovictions’ are steamrolling right over human rights and the literal homes of tenants already struggling to pay high rents. So of course they cannot afford the even higher rents that so many landlords are now demanding.

It’s a nightmarish monopoly game that’s come alive to haunt many families in a horrible way. Most of the families in my townhouse complex ‘lost’ our homes this way, one by one. We would have much preferred to stay safe and sound in our cozy home where we had lived for over a dozen years. We are people who live and work here whose rights deserve to be protected from the wealthy real estate owners who pushing people out of our homes.

While profiting from us they still vilify us at the same time, calling us the undeserving dregs of society. They call police on poor people and charge them with living outside even though the poor have been financially, legally and physically blocked from living anywhere else. Someone else who can afford to pay the over-priced higher rent is automatically entitled to live in your out-priced home. Wealthy people are enabled to bid on our homes, while we are ordered to live elsewhere – with added insult to injury– there is nowhere else to live!

Myth 2: It’s not the fault of landlords

Our current housing laws allow landlords to frown at their bank balances, then frown at their current tenants and say, hey we need to sweep out the people who live here so we can give ourselves a raise. Landlords are allowed to say, “this is not enough money anymore, pay more or get out.”

We are targets for discrimination and abuse, because our homes are shining prizes worth gold without us in them. Landlords are not concerned with providing housing needs or servicing their properties for tenant safety. They literally get financial incentive from the government called AGIs (Above Guideline Increases) to raising rents. Getting as rich as all the other landlords is their main obsession, and getting current tenants to leave so they can charge new tenants higher rents is completely justified in our ‘profits over people’ society. Many landlords are asking/telling/threatening tenants to leave and making so many excuses of why they need to double the rent to keep up with all the other landlords who are also increasing their rents.

The fact that the city allows landlords to keep increasing rents above guideline proves that landlords and governments don’t give a damn about protecting tenants from extortion and harassment. As a precursor to becoming homeless, low-wage tenants are subject to stressful retaliation tactics from landlords. Threatening tenants with eviction is common, and clinical depression and despair are very natural reactions to this type of trauma from emotionally abusive landlords adding to abuse that’s already built into the system.

Myth 3: People should just save up money to afford a better home

Wealthy people are mistaken in thinking they give the most to this country. They are also wrong in thinking they have the right to decide who is unworthy in their eyes to live here or to be paid enough to live. But it’s the wealthy who take the most, profiting hugely from low-wage workers’ labor and from real estate rentals.

We have been struggling for generations to afford the high cost of everything in this city with our wages being deliberately kept below poverty level. We do not deserve to have our rents raised two or three times higher than our salaries—or income from OW, or ODSP, or old age pensions. Rents are rising faster than minimum wage, and governments decide we’re undeserving when we ask for decent pay. They ignore us for ages and then finally grant it late, while pretending it’s their benevolent aid.

Being priced out of our homes has become the new normal even in a pandemic. This horrible normal is a travesty inflicted on people who are being traumatized and criminalized for not being able to afford a place to live.  Or after they pay rent with 90 percent of their pay they can’t afford anything else—like food, daycare, school, decent winter clothes, or adequate travel expenses.

At present we’re stuck trying to choose local political representatives who will enact fair housing policies and keep us safe from predatory landlords. Is compiling a thick 10 Year Housing Report manual, and spending years planning Multi-Tenant-Housing proposal meant to stand in place of actually implementing the goals and proposals?

So many of us worked so hard to create the multiple-tenant-home framework. We trusted the mayor and his councilors to listen and understand why renters in this area are in dire need of safe housing. This proposed housing framework was meant to help thousands of tenants in currently unsafe and unregulated rooming houses. But political leaders wonder why they should plug loopholes or change unfair housing policies when the real estate business is booming. So government supports the profits reaped from predatory real estate practices. It feels horrible to be tricked and betrayed when the mayor and councilors delayed their decision once again.

It’s also evident that the city is allowing police to come and help landlords kick people out of their homes if we can’t afford the rent hikes—using our tax dollars to criminalize those who cannot afford rents. Governments have declared that “housing is a human right” but then ordered the police to violently raid and arrest people advocating for the very same right. Isn’t this the same mayor who’s been sanctioning police raids on homeless encampments?

Despite having an affordable housing plan, it has been halted for no good reason— except that fair housing for all apparently hurts the feelings of some rich people who feel entitled to try and stop anyone who pays low rent from being able to live in ‘their’ neighborhood. Wealthy homeowners organized a petition against low-wage tenants who can’t afford rent-hikes, and told the City to not legalize any affordable housing options in ‘their’ neighborhoods. The rich think the whole town is their back yard, and leave no room for anyone else. They deem us unworthy but it’s their system that traps us into low-wage jobs, and their system that forces us to move. We can be tolerated to come and work in their grocery stores and restaurant kitchens, but not tolerated if we want to live affordably near our low-paying workplaces.

Myth 5: It’s too complicated to fix

Don’t dismiss the housing crisis as if it’s impossible to start fixing. ‘It’s complicated’ only means that it is connected to every other crisis—including racial and climate justice, and mental health justice.

We need to challenge our current legislators to address the right questions:

That’s why we’ve been advocating for so long for things like landlord licensing, and inclusionary zoning laws, and we need these to be enforced. We are still fighting for rent caps and for other tenant protections, and for fair housing options like legalized multi-tenant-housing for thousands of Scarborough & Etobicoke families who’d like to be safe in their homes and not get infected by a government-sanctioned epidemic of landlord abuse.

Our mayor and our city councilors have this rare opportunity to act as early as possible in 2022 with a positive vote that will finally legalize rooming houses here as they are in other areas. Councilors can do the right thing and give a great example to not treat lower paid neighbors as if we’re vermin. Low-wage earners do not deserve to be shunned, and neither do people on welfare, seniors on ODSP, or students from other neighborhoods. It’s a perfect time to implement the MTH proposal and give hope to people being priced out of their homes.

So many fair housing advocates have worked so hard to be able to achieve legalized multi-tenant-homes that are safely regulated. This would be the best New Year’s present for the whole city. It would greatly alleviate the human suffering of those caught in the wrong end of an inequitable housing crisis nightmare. We would finally be able to say ‘Housing Is A Human Right’ for all, and everyone will see it’s not meant to be an empty slogan or a hollow legacy.