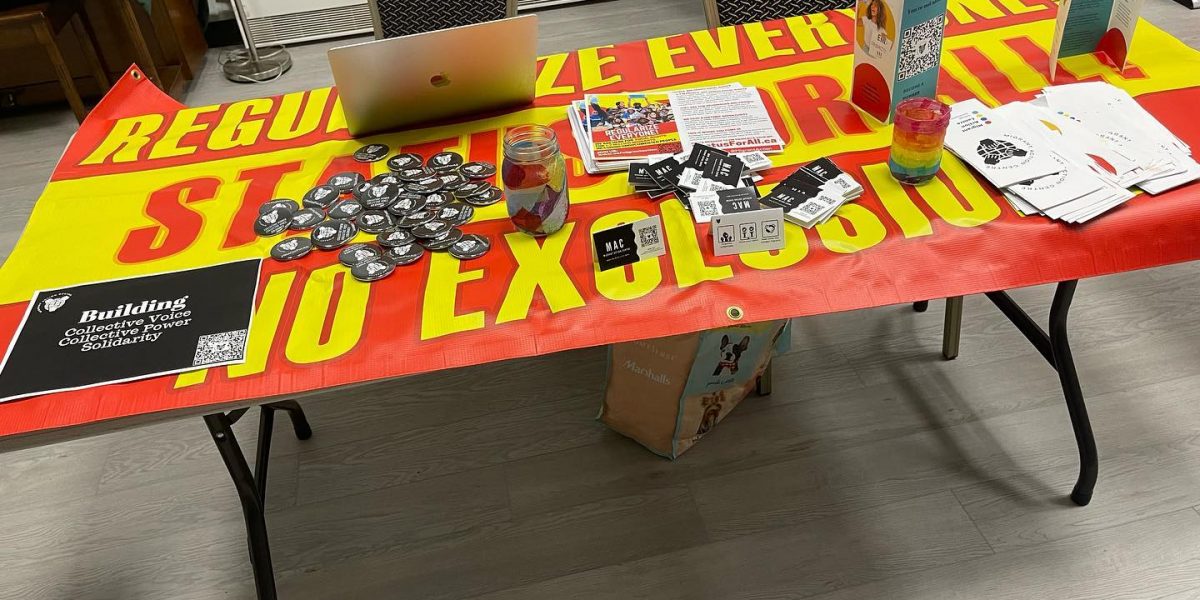 September 18 marked an important day for migrants across the country. Migrants and supporters alike are demanding regularization and permanent residency status for all. Some gatherings were marked by speeches and storytelling, marches and petitioning. St. John’s, Newfoundland held a picnic attended by migrant workers, students and local supporters. It was a small group but the feeling of solidarity, compassion and care was prevalent among the attendees.

Adi is an organizer with the Migrant Action Centre in St. John’s. They succinctly described what it is like to live as a migrant student in Newfoundland, “Every step of the way is a hurdle. From the second we land to every second we live here, there are challenges.”

When Adi’s parents were hospitalized with COVID, they had about one Canadian dollar to their name. They could not apply for a loan and there were no migrant services to reach out to for assistance. The Social Justice Co-op, a local group of activists and organizers, was able to provide them with a grocery gift card. Adi says despite this generous gift, the struggle continued.

Exploitation at every level

Adi says that migrants live precariously. Jobs, healthcare, social services are not accessible to those without permanent status. As Adi notes, “it is exploitation at every level to the point where we are cash cows and not humans.”

Adi says many live in fear of deportation or job loss or a severe health crisis. Adi also says migrants are often living in “shameful housing” situations. They briefly mentioned stories of cramped bunkhouses shared by thousands of migrant farm workers during the height of COVID.

A migrant may not have a social insurance number or a bank account. They may be working cash jobs for less than minimum wage. Likely they do not have health insurance or access to social services. This is exactly what Adi means when they say migrants face “precarity at every level.” They cannot apply for student loans and are limited to working on campus jobs that don’t pay enough to match inflation. As Adi describes, “our wages remain stagnant while our tuition doubles.”

Migrants are leading the fight for justice

When I asked Adi what they want people to truly understand is that migrants are the leaders of this movement. Adi says they are “taking a seat at the table” and using their own experiences as migrants to demand change. One way to truly support this movement, and the thousands of migrants that live so precariously in this country, is to hold elected officials accountable and take action when called to.