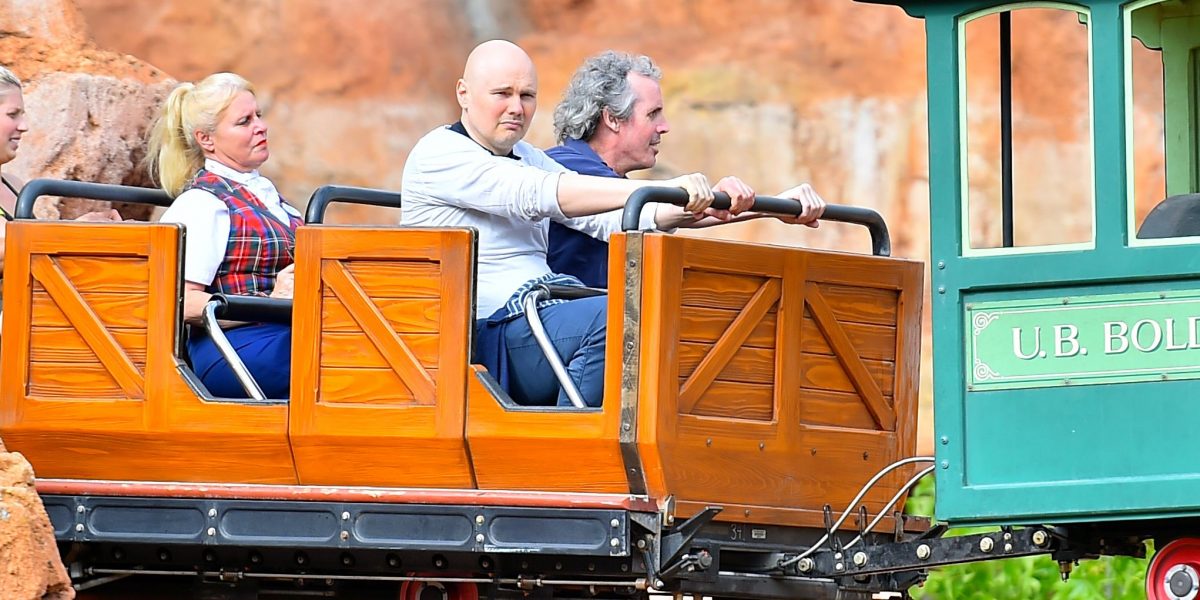 I haven’t been listening to a lot of Smashing Pumpkins during the pandemic, but Billy Corgan’s voice has been on my mind. The Pumpkins weren’t the best band of the grunge era, obviously, and Corgan’s lyrics are the type that only a 13 year-old should truly love (and I did).

“The world is a vampire,” “We’ll make things right, we’ll feel it all tonight (tonight), these words are inflected with a wearied, wearying wisdom well beyond his age. His voice is very much of the age though. While the lyrics know very little, the formally stagnant voice records something possibly profound about economic exigency.

Corgan sounds like a 13 year-old. Why do so many grunge singers also sound stranded in themselves, stuck in adolescence? What these voices register is resignation to the apparent fact that there is no alternative; there is grunge, there is lo-fi, there is indie, there is alternative. But there is seemingly no such thing as society. Nothing outside a tortured inwardness, spinning further and further away from the social. You might say, taking a word from the Pumpkins’ biggest album—Melancholy and the Infinite Sadness—these voices are melancholic.

They are melancholic for a variety of reasons that likely have nothing to do with the structural dynamics of crisis in contemporary capitalism, but their melancholia does seem eerily appropriate for this crisis. “Secular stagnation” is one recently revived and suddenly popular economic term for the terminal decline of capitalism that we’ve been living through since the late 1960s or early 1970s. Amidst an ongoing global decline in profits, the rich still get richer, but only now they do not have to expand the economy to do so. What does stagnation and the corresponding system-wide disinvestment have to do with grunge-era music? You might as well hate, blame, and be ashamed of yourself since capital is completely indifferent to you as it no longer relies on a productive economy, hence regressive taxation and the concerted pressure on the state to reduce support for education, health care, welfare, and so on. Hence Billy Corgan’s voice.

Melancholia is the ambient state or pathological condition of this music. Grunge is melancholic because grunge is self-loathing. Sigmund Freud claims that despite their many similarities, one thing that substantively distinguishes mourning and melancholia is that the melancholic may “know whom he [sic.] has lost but [never] what he [sic.] has lost in him [sic.].” Never knowing what, exactly, has been lost, but feeling loss’ “painful dejections,” the melancholic is stagnant. Whereas the mourner moves towards acknowledgment and acceptance of loss, the melancholic turns inward, forever trapped within loss.

Formally, the Pumpkins’ Mellon Collie and the Infinite Sadness is trapped within the loss of the concept album as an expressive cultural form. It is packaged as a concept album, but it can’t be one. In an analogous fashion to Freud’s melancholic, it seems to know it has lost the capacity to be a concept album, but it can only dwell in the loss of the necessary condition for a conceptual framework, by which I mean the social. Mellon Collie bears certain recognizable traits of the concept album in terms of character, scale, and theme. It presents a focalizing character, Mellon Collie. It is a double album, divided by a stated thematic distinction: the first disc is titled “Dawn to Dusk,” and the second is “Twilight to Starlight.” Reviewers were dutifully fond of comparing it to Pink Floyd’s The Wall (1979). But the difference from The Wall is instructive. The Wall dramatizes the escape from the social into the self; Corgan begins and remains where Roger Waters ends up. There is no social from which to metaphorically wall oneself off in Mellon Collie. No teachers who won’t leave them kids alone. Mellon Collie is all pathology, granting the capital-induced destruction of the social.

The notable exception on the album is likely the song you know even if you aren’t a Pumpkins fan. The song is “1979,” which—insofar as it offers a coming-of-age story—seems to depend upon an actually existing social. The song’s titular year could be paying tribute to the year Pink Floyd’s The Wall was released. But if the title is a musical allusion, it might also point in another direction. To a band hailing from the first industrial city in the world. 1979 was also the year Joy Division’s Unknown Pleasures came out. If you listen closely, a looping sample on “1979” cites the ambient synthesizer swells from “Disorder,” the opening track on Unknown Pleasures. The Pumpkins sample is a trailing vocal delay; Corgan’s voice, distorted out of its teenaged whine, echoes the 70s era we’ve all been buried beneath.

“The death of optimism, the death of youth,” is how guitarist and keyboardist Bernard Sumner described Joy Division’s sound, a sentiment which could distance the band from the Pumpkins’ nostalgia in “1979.” But what ultimately aligns them is something in the spirit of a comment that Tony Wilson of Manchester’s Factory Records (Joy Division’s label) makes in Grant Gee and Jon Savage’s 2007 documentary Joy Division: “Punk enabled you to say ‘Fuck You.’ But somehow it couldn’t go any further. It was just a single venomous one syllable, two syllable phrase of anger. Which was necessary to reignite rock ‘n’ roll. But sooner or later someone was going to want to say more than ‘fuck you.’ Someone was going to want to say ‘I’m fucked.’ And it was Joy Division who were the first band to do that—to use the energy and simplicity of punk to express more complex emotions.” “I’m Fucked.”

Pink Floyd appropriates punk’s “fuck you” for its own proggy purposes: lobbing it at teachers, fathers, wives, judges, fans, and social institutions more generally; although the Smashing Pumpkins are nowhere near as interesting as Joy Division, they share in their melancholy. Depressives cresting on the rising wave of economic insecurity. Not “we are,” but rather, “I’m fucked.” At least, that’s what I hear.