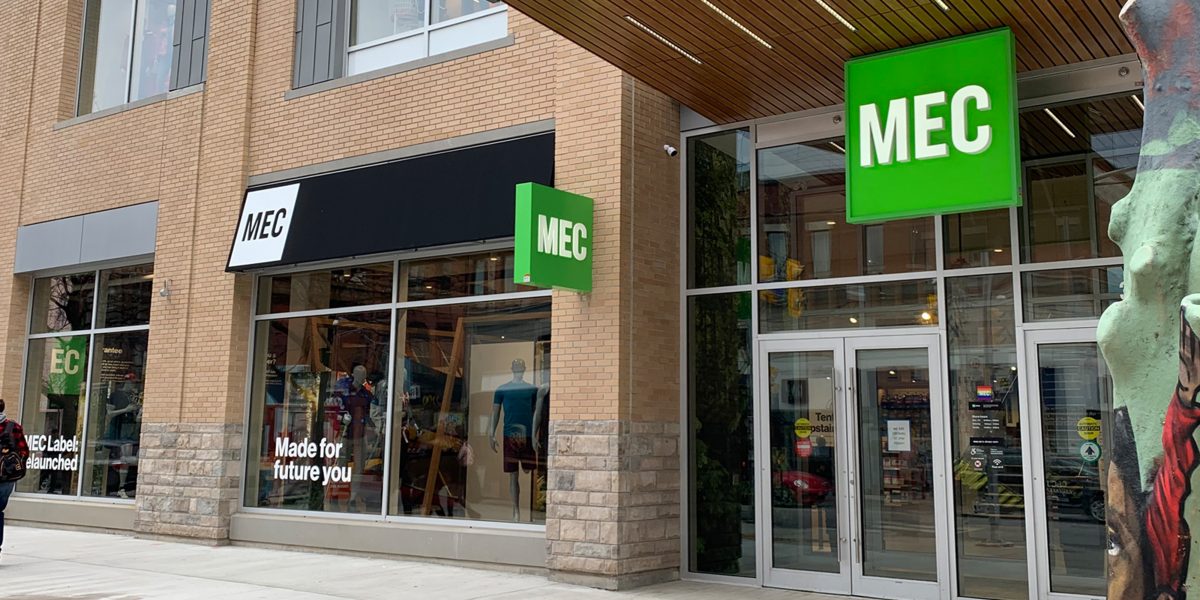 On September 14, Canadian outdoor retailer Mountain Equipment Co-op (MEC) announced that it would be sold to Los Angeles based Kingswood Capital Management and become a private retailer, signalling the end of one of Canada’s most prominent co-ops. Outrage was felt immediately. A Change.Org petition calling to save the store has reached over 100,000 signatures. Members of the co-operative referred to the sale as “gutless,” with advocates highlighting the lack of democratic process in the sale.

For many, MEC represents an ideal around community ownership in the face of multinational big box stores. This is well intentioned, yet deeply misguided. The sale of MEC is one of the most prominent examples of the faith in the illogical myth of the capitalist co-operative, fueled by Canadian nationalism.

The sale of MEC was conducted without meaningful consultation with its members, who at this point in time, hold a largely nominal place in the organization. It was preceded by governance changes that undermined its co-operative structure and made the idea of collective ownership a simple selling point rather than a reality. More recent controversies have come in the form of election rigging. MEC reaped the positive press of taking part in the 2019 wave of global climate strikes, while giving its employees unpaid leave.

When workers tried to organize the so-called co-operative, with 70% of Victoria MEC workers signing cards to join UFCW, the company responded with union busting. As one worker said, “we basically have the conditions that prevail at any other corporate retailer in terms of pay, scheduling and other working conditions…We knew it would be an aggressive anti-union campaign, but it even surprised me to actually see it happen, especially given some of MEC’s rhetoric around worker empowerment and fair trade.”

Yet, MEC still frequently made the list of Canada’s most reputable businesses. It begs the question: what sort of ideal does this, or any company like it, uphold?

Nominally co-operative enterprise has been at the centre of some of Canada’s most prominent  and recent labour controversies. The image of co-ops that trade on values of community investment and ownership has been shaken with multiple strikes at Federated Co-op affiliates and locations. These explicitly capitalist, exploitative businesses largely market themselves on a uniquely Canadian co-operative tradition, one that is rooted in a socialist history.

From agrarian populism to corporate capitalism

The early 20th century was marked by a rise of agrarian populism in the Canadian prairies, mostly based in Saskatchewan, led by farmers seeking self determination and economic independence, emerging from community organizing and political agitation. By the time of the Great Depression, co-operative structures owned and run by farmers extended to not just agrarianism and consumer goods, but media and sales alliances best characterized by the Saskatchewan Wheat Pool. The Canadian Commonwealth Federation emerged directly out of this movement, and lay the foundation for a nationalized healthcare system, as well as the welfare state.

But the steady postwar privatization of institutions built by co-operatives led to their decline and conversion into ceremonial co-operatives, or co-operative corporate conglomerates. Co-operatives, and ultimately socialist ideals built much of the privileges we enjoy, but have largely been excised from our history in service of Canadian myth-making and an ongoing repression of socialist ideals.

Organizations like Federated Co-Op, MEC, and Home Hardware like to tout their communal operations and the value of you being an owner. This is tied up deeply in the idea of Canadian nationalism, and sometimes even inadvertently expresses Canada accurately (like their marginalization of people of colour in their ad campaigns). In the end, MEC can join the UFA Co-Op, Tim Hortons, Bioware, and countless others as businesses, co-op or not, that trade on Canadian nationalism, but are just another corporate exploiter with a friendly face.

Those who feel outraged at the closure at the closure of MEC are late to a party that ended years ago. Their outrage, however, barely begins to tap into the most prominent lesson of prairie agrarianism: co-operative structures are fought for, earned, and upheld by the membership. They’re not a co-operative via the simple purchase of a ceremonial $5 “share” in the business, but the byproduct of community resilience in face of corporate exploitation, price gouging, and the decimation of community for the sake of profit.

Their outrage also demonstrates that the idea of a co-op still holds significant power in the Canadian imagination, and that there is opportunity to keep building on the ideal of agrarian socialism, and not the modern aberration of co-operatives that are marketing gimmicks of Canadian capitalism. If many saw themselves as a part of the MEC community, perhaps this will lead to greater soul searching about the value of building alternative, sustainable cooperative structures to fill holes in their communities, and to keep organizing workplaces regardless of progressive company rhetoric.

Canada loves to promote the idea of the community oriented business. Small business and local business have been high in the news cycle during the Covid-19 pandemic, with benefits for small business extending past the end of CERB. But businesses that have marketed themselves as community and justice oriented have been outed as abusive employers. Before the announcement of the sale, MEC announced mass layoffs.

MEC was never really going to be the co-operative people wanted it to be. But that doesn’t mean the dream of the co-operative, and democratic control of the economy, is dead. It is organizing, not capitalism, that builds communities.