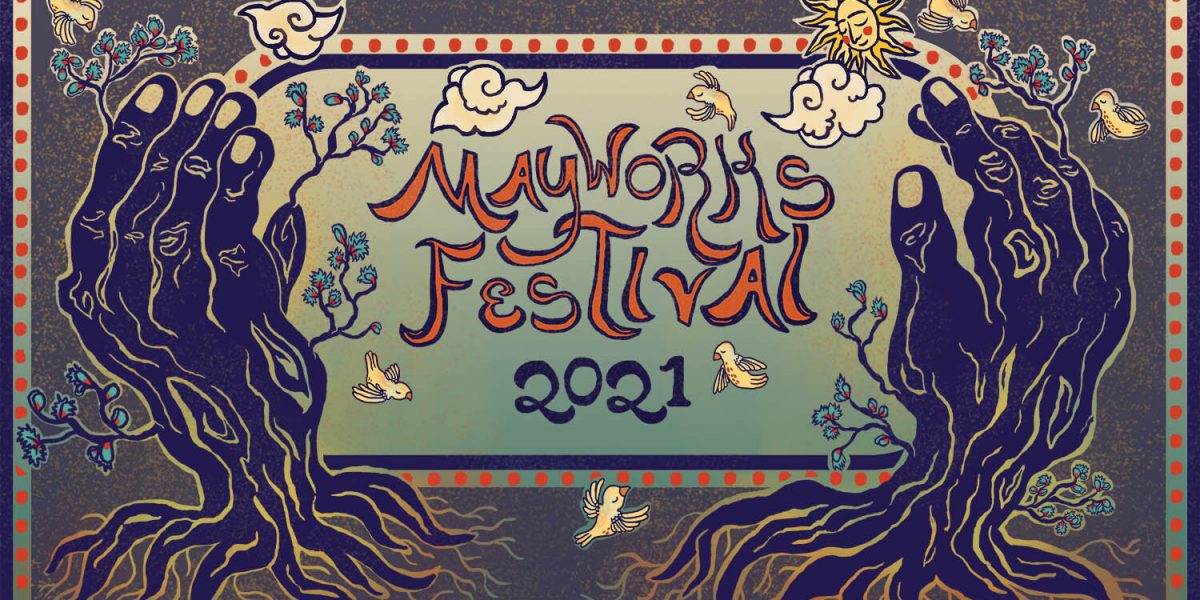 Mayworks Festival of Working People & the Arts is a community-based festival offering free, virtual programming throughout the month of May. Spring Magazine caught up with Mayworks’ Executive Director, Carolyne Combs, to talk about the intersections of art and collective organizing and how this year’s festival explores issues of labour and social justice.

As the festival’s executive director, what role do you see art playing in our collective struggle?

Carolyne Combs (CC): Art offers opportunities for us to engage in interpretations of the world around us. Artists often play the role of the researcher, interrogating issues such as labour or social justice or emotional elements such as grief – and expressing their interrogations in a variety of different art forms. Some of these forms may humanize a particular struggle, bringing real faces and real lived experience to the subject that we may otherwise not have been able to imagine. And it allows us to involve ourselves in that communal experience. It also gives us joyful opportunities which are necessary to build solidarity. The collective struggle, I believe, needs art to reaffirm its values and to grow through the engagement in shared experience.

How does Mayworks Festival see itself mediating this role of art as an interrogator of social relations?

CC: The festival creates a space for this engagement to happen. We want to create an environment for discourse around issues of labour and social justice where artists have the opportunity to share their work and directly engage with audiences and the community. For example, in this year’s programming, we have a digital exhibition called Unpruned Tomato Vines by the artist collective Tea Base. The exhibition speaks directly to the issue of collective action and the joys of solidarity, particularly through their work dealing with the community garden that was built in opposition to the gentrification of Toronto’s Chinatown.

One of the things that the festival wants to do is to encourage artists and workers to collaborate and strengthen the possibilities of collective action. There is a short film in the festival called Money Moves: 超时工作, which is a good example of this. The film tells the story of a migrant grocery store worker through a dance piece between artist and worker. Throughout the piece, we get to know the grocery store employee and learn of the unjust conditions of his work, but we also see his strength and resilience and feel compassion, not only for him, but for migrant workers in general – and we are potentially motivated to take action on that.

Another thing that we have done as a festival is to launch a new program called the Labor Arts Catalyst which will be bringing four artists and four labor organizations together to create work for next year’s festival. So, beyond being a venue and a platform for the discourse, we actually want to encourage artists and workers to collaborate and provide opportunities to celebrate the achievements of the labor movement.

What is the theme or particular position of this year’s programming?

CC: The works in the festival are definitely coming from the context of the pandemic. The festival last year was canceled so we reached out to artists who had work prepared for last year’s festival but was then canceled. It’s been interesting how some of the works were not necessarily reimagined, but the work itself took on new meaning in the context of the pandemic. For example, Abra by Hiba Ali, was finished in 2018 but it speaks to the issues surrounding Amazon workers which has really come to light over this past year.

Also, the film Sorry, We Missed You by British filmmaker Ken Loach was not created for the pandemic but it is about workers in the gig economy. There’s another contemporary piece called Chinatown Anti-Displacement Garden that seems to be speaking to the isolation experienced from the lack of community and connection that the pandemic has created. So, it’s been really hard to not perceive the relevance of these works from the context of the pandemic, although many of them were created prior.

The festival is hosting a series of dialogues. What are some key labor issues that you’re trying to address through these conversations?

CC: Well, the first dialogue was on essential workers and took place on May Day and focused on the need to not return to the pre-pandemic state of things. And then, we have a dialogue called Organize Amazon! There are two pieces of art in the festival related to that dialogue, exploring themes related to working in the gig economy.

And then we have a piece on the organizing efforts of cultural workers that started before the pandemic. This panel relates to artists across the board and in a sense connects to every piece in the past.

The Words We Can’t Speak is an actors’ table read workshop which we are hosting in collaboration with Tricksters and Writers, a screenwriting program for Indigenous women. It’s quite an interesting piece that is set within the labour dynamic of the Inuit community, the RCMP, and the Hudson Bay Company in 1936.

2021 Mayworks Festival is running the entire month of May, completely free and online. To register for events, visit: https://mayworks.ca/