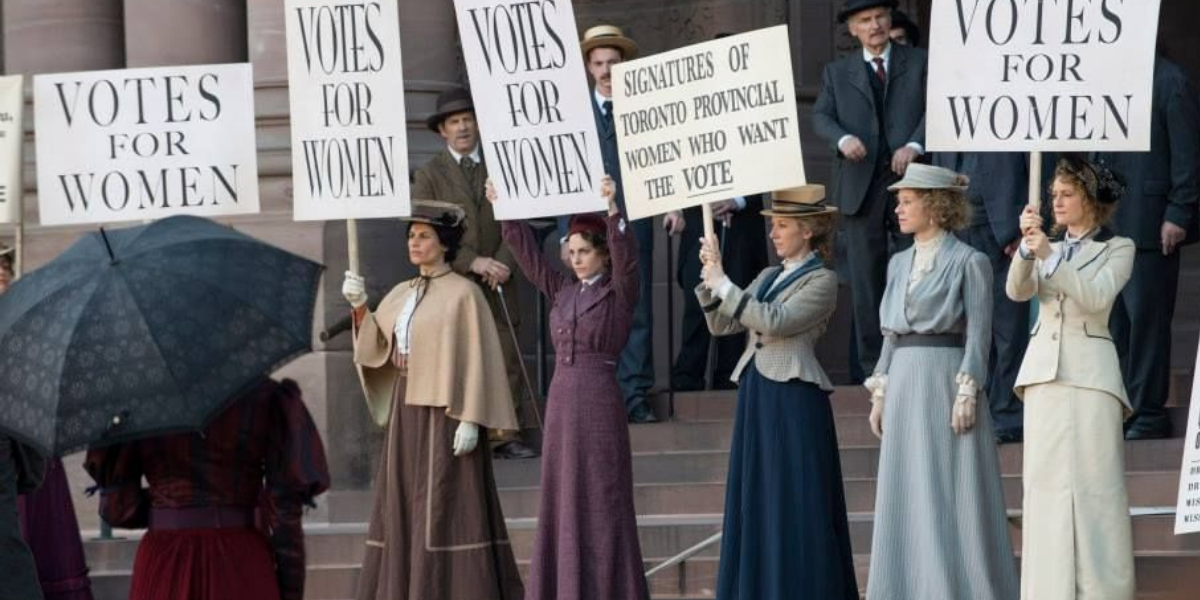 It was Season 8 of the TV show “Murdoch Mysteries” when the character of Margaret Haile first appeared. A woman running for the provincial legislature, she was portrayed as someone not afraid to ruffle feathers and take on the male-dominated establishment in “Toronto the Good”.

The show may be a work of fiction, but Margaret Haile definitely was not. Now unknown to most people more than 100 years after her last known correspondence with the famous U.S. socialist Eugene V. Debs, her life and legacy is being resurrected by an amateur American writer who stumbled upon some letters her grandmother had kept for decades.

The letters reveal the personal life of Margaret Haile as a woman living in early 20th century Massachusetts. But for Cindy Ringer, they also unveil a political legacy that not only reveals what the socialist movement was like back then, but also what can be learned and applied in today’s world.

“I do feel that I can very much relate to what she was going through and I can see her stance on a lot of the issues that she stood for,” Ringer says. “For me to do this research was like ‘wow’. It opened up a lot of doors to answer questions about where social security comes from and where all these socialist-type programs come from. Politicians like (Theodore) Roosevelt put them in place, but the socialists like Margaret planted the seeds.”

Most likely Canadian by birth, Margaret Haile played a vital role in the development of early socialist parties in the United States. These parties would eventually become the Socialist Party of America – a vehicle that influenced American ideas of social justice and workers’ rights, and led to Eugene Debs receiving nearly one million votes as a socialist candidate for president in 1920.

Ringer says Margaret was welcomed by the socialists of the day and treated as an equal. Some of the letters she discovered talked about the “Pink Camp” – which was the apparent nickname of the meeting place of local socialists. Others show how integrated Margaret was with political debate, party policy and socialist writing.

“A lot of the men in these organizations would meet in bars and cigar houses – places women wouldn’t frequent back then. So, if you were a woman and went into those places, you would probably feel uncomfortable,” Ringer says. “But she would go in and attend these meetings, and not only that, she would speak up. She wouldn’t just be in the back listening and taking things in; she would speak up and have her voice be heard.”

Margaret’s foray into Ontario politics in 1902 is considered to be her most notable achievement. Even though women weren’t legally allowed to sit in the provincial legislature, there was a loophole that allowed them to put their names on the ballot. She was one of seven Canadian Socialist League candidates that year, and she received 81 votes in the riding of North Toronto.

Beyond winning the vote

She was supported by the suffragette movement of the day, but Ringer says her research shows that Margaret was a socialist first and foremost. She believed women – all women – should have the vote, but she saw it as a step towards socialism.

“Socialists didn’t want their existence to end with the vote,” Ringer says. “Be it child labour laws, the eight-hour workday, etc., they wanted it to continue. And Margaret was definitely a firm believer in more than just the vote. She saw a bigger picture.”

According to Ringer’s research, the last known mention of Margaret is the meeting she had with Debs in 1917. We can only imagine what they discussed. She faded from view after that. Most of what’s left are the letters.

For Ringer, the lesson she takes from Margaret’s life is to stand up and fight for what you believe in. As socialists, we look to the fighters from the past to inspire and lead us today. Women like Louise Michel, Rosa Luxemburg, Alexandra Kollontai, Clara Zetkin, Celia Sanchez and Claudia Jones point the way to a socialist future. As a trailblazer who didn’t seem to shy away from doing the unpopular thing, that legacy can also belong to Margaret Haile.

“When you don’t see things, you don’t perceive them as easily, and in your mind they’re not there. That equates to what Margaret was doing in terms of showing people what life was really like for people who didn’t have the means, were low paid or were working long hours in terrible conditions,” says Ringer, who is working on a book about her life. “Margaret was part of planting a seed that could grow and germinate.”