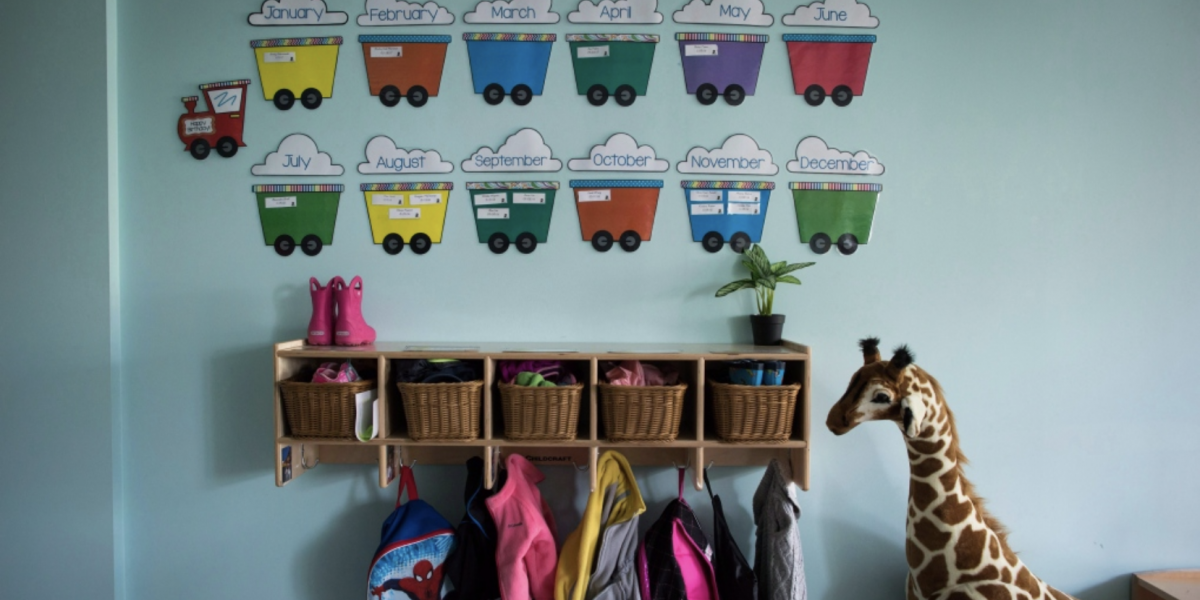 Only by making childcare a public good can we ensure women’s ability to equally participate in public life, give every child the right to access early childhood education, and give childcare workers decent wages and working conditions.

We are experiencing a childcare crisis across the country and in Ontario. Although the pandemic has exacerbated this situation as childcare centres have been forced to close due to rising costs and dropping enrollment, this crisis long predates the pandemic.

The main problem is a lack of affordable high-quality childcare spaces because of the way childcare is managed and funded in the province. Rather than being a public good in the same way public education is, childcare is largely provided by the private sector and supported through insufficient direct operating grants, fee subsidies, and tax rebates from the province and the federal government.

The result has been an array of licensed childcare options of varying quality provided through the non-profit and for-profit sectors, municipalities, and through licensed home daycare. Of these options, for-profit providers have been consistently shown to provide lower-quality care to children. The Association of Daycare Operators of Ontario (ADCO), the advocacy association for for-profit providers in the province, suggests that it is possible to turn a profit while caring for your children. But the data shows that because for-profit providers decide to pay their staff (the vast majority women, and disproportionately newcomers) lower wages while forcing them to care for more children to try and maximize profits, the result is—unsurprisingly—a lower standard of care.

This is why for-profit providers are barred from receiving federal dollars under the new $10/day childcare plan. The plan would result in fees being cut by 50% in the next year and the delivery of $10/day childcare primarily through non-profit and municipal operators in five years or less. It doesn’t make sense to funnel public dollars towards providers who provide a lower level of care so that they can line their own pockets.  It should come as no surprise that the ADCO is criticizing $10/day childcare since it directly threatens their material interests: if parents have access to affordable high-quality care in the public and non-profit sectors, then there won’t be a need for lower-quality for-profit childcare anymore.

A national childcare plan would also eliminate the need for unlicensed home daycare providers who operate outside of the government’s purview while typically providing lower-quality care because of higher children to carer ratios. In the past, unlicensed home daycare has proven to be deadly for children as unlicensed home providers have assaulted and fatally neglected children in their care, leading the government to establish the Child Care and Early Years Act in 2015 to strengthen enforcement of standards within unlicensed care providers’ homes. The act resulted in the creation of a team to investigate complaints and proactively seek out illegal daycares. Criminalizing unlicensed providers was not an option. The childcare crisis is a systemic failure of government policy, not the product of unlicensed daycare providers. Preceding the pandemic, only 20% of children had access to a licensed childcare space in Ontario.

Despite this dire situation, Ford’s government has entered a stalemate with the federal government over negotiations to establish $10/day childcare in the province. While we aren’t privy to the details surrounding this impasse, Ford is publicly crying foul that the feds are not distributing funding equitably based on Ontario’s disproportionate share of the country’s population and the high cost of childcare in the province relative to other provinces.

While conservative news sources have touted these quibbles over funding allocation as reason enough to condemn this ‘bad deal’, we shouldn’t be fooled by Ford’s whining. Firstly, Ontario is a relatively richer province compared to other ‘have not’ provinces that have less ability to generate sufficient tax revenue to implement something of this scale—including Manitoba, Nova Scotia, New Brunswick, and Prince Edward Island. It’s sensical that the federal government would provide relatively more support to poorer provinces to guarantee the same standard and accessibility of childcare across the country. This is something the country has always done in the form of equalization payments.

Secondly, even if Ontario must pay a bit more out of pocket compared to other provinces, universal childcare will pay for itself by facilitating the entrance of women into the labour market whose incomes swell tax revenues for the government above and beyond the costs of the program. As a recent report explained, “access to high-quality ELCC [early learning and child care) gives parents, especially mothers, more capacity to seek and maintain pain employment. This is particularly true for low-income households, for whom affordable ELCC creates new opportunities to increase incomes and boost equality…The highest labour force participation rates for women in the prime parenting years are in the provinces with the strongest regulated ELCC systems in Canada–and the highest proportion of children enrolled.” This is what The Ontario Coalition for Better Childcare has been trying to convince the government of for years. This coalition of non-profit childcare operators, trade unions, parents, and individual childcare activists have crunched the numbers on childcare, and consistently demonstrated that the benefits outweigh the costs, both in terms of revenue and equity.

In reality, Ford wants a bigger share of federal dollars not because it’s fair but because he wants to reduce the provincial government’s total contributions towards childcare. This becomes even more obvious when we consider that agreements have also stalled because Ford is trying to ensure that federal dollars will be used to pay for a unique childcare program that has already been institutionalized in Ontario: full-day kindergarten for four- and five-year old’s. Being fully integrated within the education system, full-day kindergarten is paid for by the province rather than cost-shared with the federal government as childcare would be. In trying to get the federal government to pay for full-day kindergarten, Ford is attempting to shirk the province’s already established commitment towards funding a program that is wildly popular with parents and incredibly beneficial for children.

Yet, for all of Ford’s feigned offense about getting stiffed by the federal government, his issue with $10/day childcare goes beyond trying to save a buck. His Conservative government is driven by a larger ideological commitment to reducing the size of the welfare state to better allow the market to provide essential services—based on low wages for women childcare workers, or unpaid labour for women at home. He has already demonstrated a commitment to the privatization of public services including healthcare and long-term care, which has continued throughout the pandemic even in the face of widespread condemnation from the public. In the case of childcare, we know that the only people who benefit from the commodification of childcare are for-profit childcare providers. To ensure better outcomes for parents, children, and workers childcare needs to be decommodified.

As the Childcare Resource and Research Unit notes, “based on all we know about building the foundations for a publicly funded, quality, universal child care system in Canada – advancing for-profit child care is a risk, not an asset.”

The implications of recognizing the importance of making childcare a public good is to recognize that $10/day childcare should act as the beginning and not the final goal of a larger transformational project where childcare would be funded and managed in the same way as public education and healthcare.

This can be achieved by fully integrating extended-day childcare into the school system. This system would be great for kids because school boards could better establish and enforce a standardized form of care that would remain more consistent for children across the province; a task more difficult to manage if care were to be provided by individual operators. This system is great for parents: they wouldn’t have to pay any fees, women would have less unpaid labour at home, and there would be no stigma attached to accessing childcare especially for low-income parents who currently need to apply for fee subsidies. Finally, this system is great for workers whose wages and working conditions currently vary by region and employer and would continue to do so under the proposed national childcare plan. As workers in the education system, unions could bargain on behalf of the sector, much in the same way they do for teachers, guaranteeing better wages and working conditions for this gendered and historically undervalued profession.

Sign the Ontario Coalition for Better Child Care’s petition calling on Ford to sign on to the federal childcare plan.