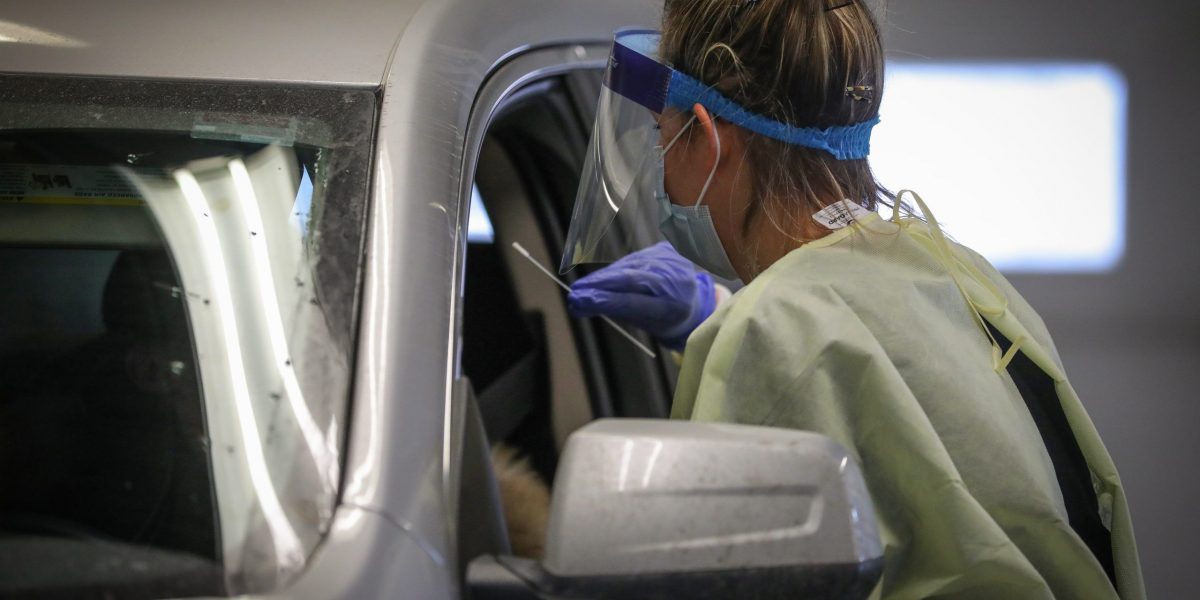 I thought the warnings about COVID-19 were just hype. I didn’t read the news stories because I figured it would be the same as H1N1 or SARS: the vulnerable should be careful, but the rest of us could pretty much continue as always. I went to work with the sniffles. Co-workers came in with colds, coughs and even the flu. Public educators work through illness all the time. The world doesn’t stop just because we are sick. As my co-workers and I snickered at the paranoia and panic, our pupils ignored direction to cough into their elbows,  thoroughly wash their hands and keep their fingers out of their noses.

As the number of cases in Edmonton rose, the number of students in attendance dropped. I figured their parents were just being cautious. It was only upon reading accounts from Italy that I began to get nervous. Patients dying in hospital hallways. Doctors following complicated protocols on who should receive treatment. An entire generation of Noni and Papas brought down in one fell swoop.

Perhaps most concerning, were the personal stories of people who continued to go about their daily lives, brushing off the news reports, until their cities went into lockdown and grief hung in the air like fog. This reminded me of my own city, our own attitudes. We were not being careful. We were not prepared.

The next morning, I woke with pressure in my lungs and a cough that wouldn’t settle. I called in to work, certain that I’d call 811, they’d speedily administer a test, and I’d be back in the classroom by the next day. Instead, I spent the entire day on hold. After the first couple of hours, the phone line sounded with a triple-beep, followed by silence. I stared at my phone in horror at having to return to the back of the queue. This happened over and over, until frustration overcame me and I slunk off to bed. I was not going to get through to the Health-Link. Ever. I let that dream die.

The online assessment tool didn’t help much, either. It wanted to know if I’d been in contact with an infected person. This bewildered me, as clearly, I had no way of knowing that. I work closely with students, who all have families, who have coworkers and friends I know nothing about. My school alone has over 100 staff members, some of whom have been recently out of the country. I take public transit daily, sit in meetings with friends and strangers, and spend more time than I’d like in thrift shops and grocery stores.

This line of questioning struck me as a fatal flaw in the system. Clearly there are only so many tests, and they have to have some criteria to decide who gets one, but I was at a loss as to how to answer the question. I–like just about every other Albertan–had no idea who I’d come in contact with.

I hadn’t travelled in the past fourteen days, and I was not “seriously ill”, so they told me I did not need to be tested for COVID-19.  My principal told me to stay home until my symptoms resolved. In the next few days, classes were suspended but staff were still expected to go to work. Then schools were closed altogether.

As more and more workplaces restricted their hours and services, or shut down altogether, panic began to rise amongst my fellow Edmontonians. Some workplaces were not closing, and were requiring their employees to show up, even if they were immunocompromised or over 60–the population most-likely to succumb to a serious case of the virus. At a press conference, someone asked Jason Kenney why at-risk government workers were still required to go in. Couldn’t they just as easily work from home? Kenney replied, “We can’t shut down the entire economy.”

Therein lies the crux of the struggle facing Albertans. We were already poised for a challenging year. Kenney’s cuts were to cause losses of thousands of public sector jobs, from librarians to medical staff to public educators, bus drivers and police and fire service. A mere few weeks ago, I stood outside the Legislature with an estimated 7,000 public sector workers and supporters, shouting “Shame on you!” at the officials inside. I heard impassioned pleas from doctors, begging the government to reconsider its termination of contracts. Speakers warned us that lives would be lost, and people would suffer.

Amidst the COVID-19 pandemic, the most wide-spread emergency that most of us have ever experienced, the UCP insisted on pushing through their budget. Though Kenney did, in response to the worsening public health disaster, allocate additional funding for Alberta Health Services, his cuts will result in even greater economic misery now than before.

The provincial government has offered some additional help for property owners in terms of mortgage deferrals, but nothing similar for renters has been forthcoming. Friends and family in the retail sector still get up for work every morning, putting themselves on the line, because they are more afraid of being evicted than they are of the Coronavirus. The World Health Organization has urged communities to practice social distancing and flatten the curve–especially pertinant as Alberta is now seeing community spread–but the necessary precautions aren’t being taken. People are not staying home, because they can’t afford to.

I’m fortunate in that, as far as I know, the Edmonton School Division will be paying ten-month contract employees until the end of June, but that does nothing to ease my anxiety. Every day, people are risking their lives for non-essential work. They have to eat.

As we move deeper into this crisis, it becomes clear that social safety nets are not a utopian pipe-dream–they are an absolute necessity. If rent and mortgages were nationalized, the government could easily waive payments instead of hoping landlords will do the right thing. If we lived in a society in which everyone was deemed worthy of housing, medication and food, we wouldn’t have people leaving their homes every day just to ensure continued access to those things. People should not have to choose between homelessness and hospitalization. This all confirms what I’ve known, instinctively, since childhood: capitalism is a dystopia in fancier clothes. We need to put people over profits.