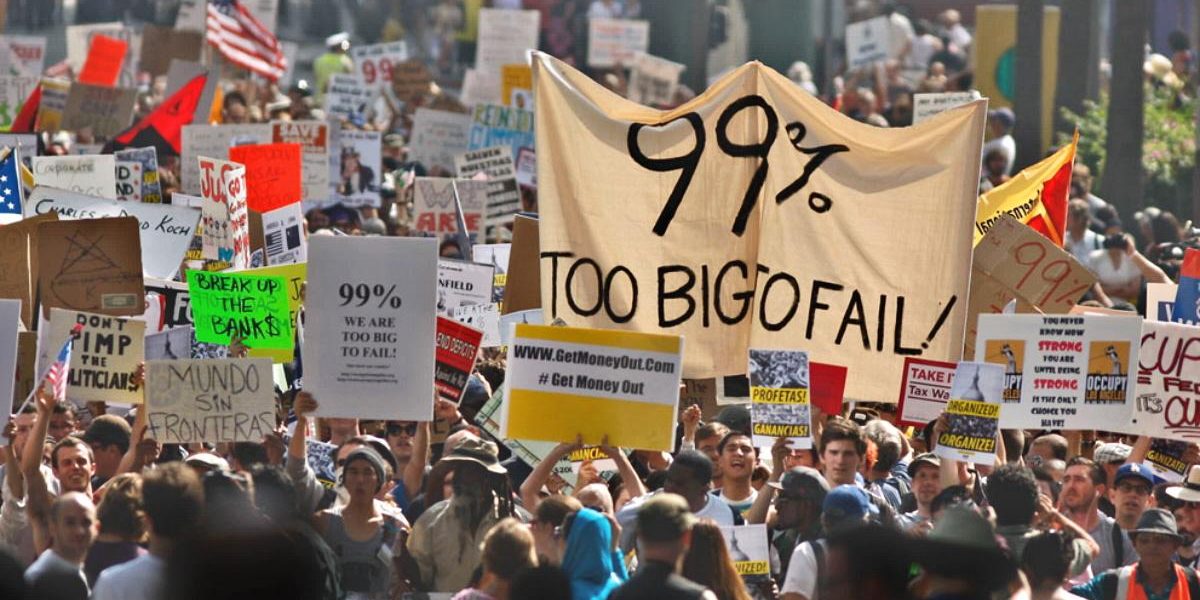 The speed and severity of the economic crash occurring in the wake of the COVID-19 pandemic has outstripped anyone’s wildest predictions. Large parts of the global economy have ground to a halt as officials attempt to address the virus. The downturn is only going to get worse over the coming weeks and there is really no way of knowing how long it will last.

The best method to fight the virus is to provide people the economic means to engage in physical distancing, while also ramping up the healthcare infrastructure available. The contradiction for capitalism is that these measures threaten the very foundations of an economic system based on ever-expanding capital accumulation and profit. States are trying to bridge and manage this contradiction by using monetary and fiscal policies aimed at ensuring the survival of capital. The state is trying to save the system.

We have been here before. In 2008 the global financial system was on the verge of collapse as the bursting housing bubble triggered a financial crisis. Banks were overleveraged, money markets ceased to function and the capitalist state had to step in to rescue the system. Not only was the financial system bailed out, but large employers in sectors like auto and manufacturing were saved through direct government intervention. Meanwhile, workers lost their jobs, homes and if they had them, pensions. Employers squeezed wages and benefits for both union and non-union workers, and governments gutted public services and social programs. The rich got bailouts the rest of us were told to tighten our belts. While the left made some advances in the wake of the recession, by and large it was the rich and the right which came out on top.

It is vital that we avoid a scenario where workers and the oppressed are made to pay for this crisis as its scale dwarfs the Great Recession. The political stakes are higher than ever.

We are not in this together

The most basic political fact of this crisis is that we are not all in this crisis together. There is no such thing as a national interest. When politicians, the media and corporate leaders speak of a national interest, they mean the interests of the rich. During the last crisis our leaders told us that the banks and corporations needed to be saved because that was how we were going to save the economy for everyone. While corporations and the banks were saved, regular workers bore the costs in the form of job losses and brutal austerity budgets in the years following.

There’s a danger of the same process repeating: government bailouts are giving billions to bosses and crumbs to workers. While this is supposed to help a return to “business as usual”, this means continuing the very conditions of homelessness, inequality, climate inaction, colonialism and racism that worsen this crisis.

The state is not neutral

More state intervention does not equal socialism. When profits are threatened, never underestimate the ability of the state to marshal resources to save capitalism. The capitalist state plays an integral role in modern capitalism by ensuring profits are made and the interests of the rich are secured.

There is little doubt that this crisis shows that the free market is unable to address this crisis. But we should reject the idea that capitalism simply means unfettered free markets. Under neoliberalism, the state has played a crucial role in backstopping the financial system, legally constraining the power of workers, stripping down previously publicly held assets for private gain, policing poor and racialized communities, launching wars from Afghanistan to Iraq, and making it easier for capital but more difficult for migrants to freely move across borders. Economic intervention by the state has actually increased in our economy over the last 40 years.

During the crisis last time, it was the state that bailed out the banks and corporations and then turned around and stuck workers with the bill. The massive deficits that were run up were then used as an excuse to cut public services and attack workers’ rights.

The left must aim to transform the crisis in a way that increases workers’ power. That means focusing on structural reforms, such as improved EI, free transit, rent and mortgage relief, expanded public services, nationalizing critical industries and improved rights and protections for workers. The politics of saving employers in order to preserve jobs is a recipe for disaster, as it puts the accent of state intervention firmly on the side of the bosses.

The right-wing will use this crisis

Critical junctures of political struggle happen in the midst of a crisis as well as in its aftermath. What the left does now will determine the context in which we will find ourselves in later. The right-wing is already trying its best to leverage the crisis for its own interests. The Canadian Federation of Independent Business (CFIB) and the Chamber of Commerce are pushing for a public wage subsidy with no strings attached. Business groups are pushing for massive tax breaks and direct government handouts. Industries like the oil and gas sector got huge government bailouts already. Airlines, automakers and the hospitality industry will surely be asking for similarly massive handouts of taxpayer money.

In 2008, the auto sector was saved by direct investment from the government. The banks were saved through an indirect financial backstop by the government. The Harper government followed this up with the Canadian Economic Action Plan, which pumped $64 billion into various infrastructure projects, tax relief and bailouts of financial institutions. The massive investment in infrastructure projects allowed the Harper government to aggressively push its public-private partnership (P3) agenda. That meant much of the stimulus was not about expanding the public sector, but about gifting public money to private corporations. This is exactly the playbook the right-wing is pushing again in this crisis. They will at every turn aim to direct money into their pockets at the expense of workers and public services.

Much of the traditional leadership in working class institutions like unions and the NDP are not committed to a politics of social transformation. They want to resist the corporate agenda, but they do not have a vision that goes much beyond tinkering around edges. During the last crisis, after failed negotiations for a minority government, the NDP ran on a mix of opposing corporate tax giveaways and balancing the budget.

This time around many unions and NDP policies are focused on emergency responses that aim to get the economy back up and running. For social democratic parties committed to reforming capitalism, the response to an economic crisis is to try to rehabilitate capitalism, not to transform a system that produces inevitable crises. For instance they support a 75% wage subsidy, with conditions that hopefully benefit workers. The problem is the conditions are very much secondary. After the Liberals announced the 75% wage subsidy, the NDP celebrated this as a victory despite the fact that virtually no conditions were attached. If this stands, it will be a massive victory for employers, which is why the Tories, the Chamber of Commerce and the CFIB are ecstatic.

The economy is in absolute shambles. Now is the time to put forward bold ideas to transform the economy. There is a major opportunity to dramatically improve working conditions for all workers, winning paid sick days, higher wages and improving health and safety. Nationalization of industries such as airlines, telecoms and energy also should be squarely on the table. Nationalization does not have to mean bureaucratic top-down structures of the past, but can aim to empower the very workers who are now showing their creativity and commitment in running the essential services we need.

Things that were seen as previously impossible such as housing the homeless, having free transit, stopping evictions and providing people with proper income supports are beginning to happen. Standing firm, pushing bold ideas and supporting movements from below are how we transform this crisis in a way that empowers workers not bosses.

We are living through another crisis of capitalism. The socialist alternative will not magically happen by government legislation. It requires two things: mass movements of workers fighting to transform the world, and political organizations that have the clarity and commitment to pursue such goals.