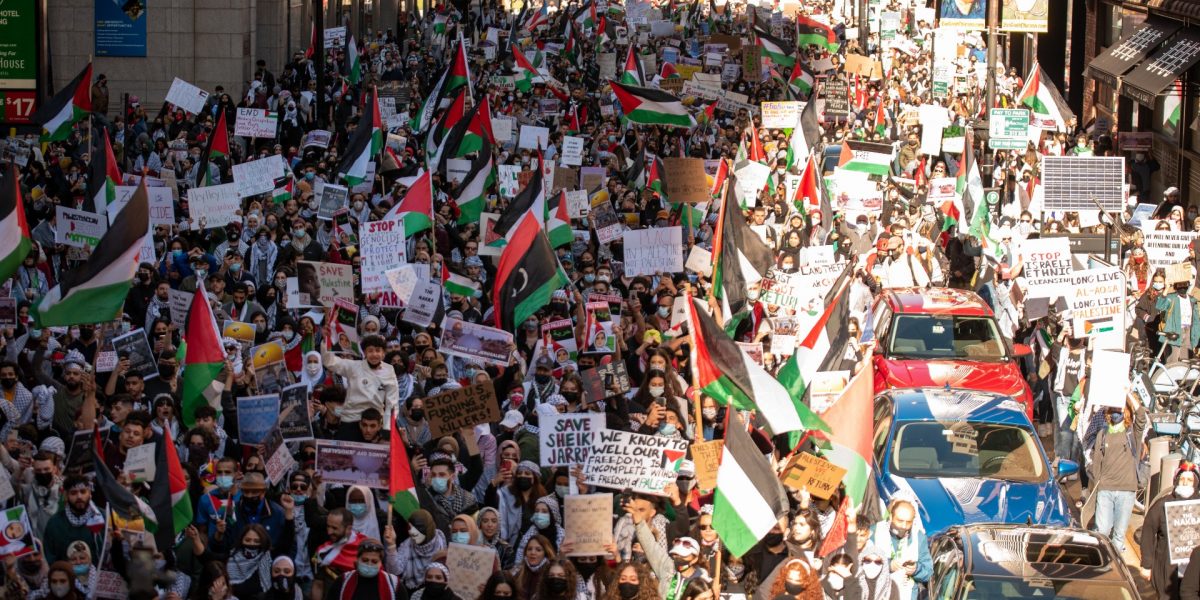 Labour for Palestine – Canada expresses our unconditional solidarity with the people of Palestine in their struggle for liberation and resistance to the violence of Israeli settler colonialism and apartheid. We add our voice to condemn in no uncertain terms the ongoing ethnic cleansing of indigenous Palestinians.

The violent storming of the Al-Aqsa mosque by thousands of Israeli occupation soldiers during Ramadan earlier this week left more than 300 peaceful and unarmed Palestinian worshippers injured. Meanwhile, Palestinian families in the Sheikh Jarrah neighbourhood in East Jerusalem continue to be threatened with illegal expulsion from their homes. Israel has now started to bomb Gaza and the civilian death toll, including children, is rising.

This ethnic cleansing began in 1948 and continues to this day across occupied Palestine. We unequivocally support the Palestinian people’s right to resist. The oppressed cannot be blamed for the oppressor’s crimes.

As we stand in solidarity with the inspiring resistance of Palestinians today, we also call on workers, trade unionists and their unions across the country to do the same. The labour movement in Canada has an important role in support of justice for the Palestinian people. We need to challenge our political leaders and to do more than issue statements of concern against these crimes against humanity. We need to immediately impose sanctions against the State of Israel, including a full military embargo until Israel abides by international law.

Only those who side with the oppressor can defend or justify the recent illegal expulsions and violence perpetrated against Palestinians in the Sheikh Jarrah neighbourhood, the Al Aqsa Mosque and in Gaza. The violence of Israel, as an occupying force, knows no limits. The world is watching, and we know the call by governments to “end to the violence on both sides” is no less then complicity and permission for Israel to continue its act of genocide with impunity.

This is the moment for unions in Canada and around the world to stand up and support the international Boycott, Sanctions and Divestment (BDS) campaign. Labour played an important role in the fight to dismantle South African apartheid regime, and we can do that again in the case of Israeli apartheid.