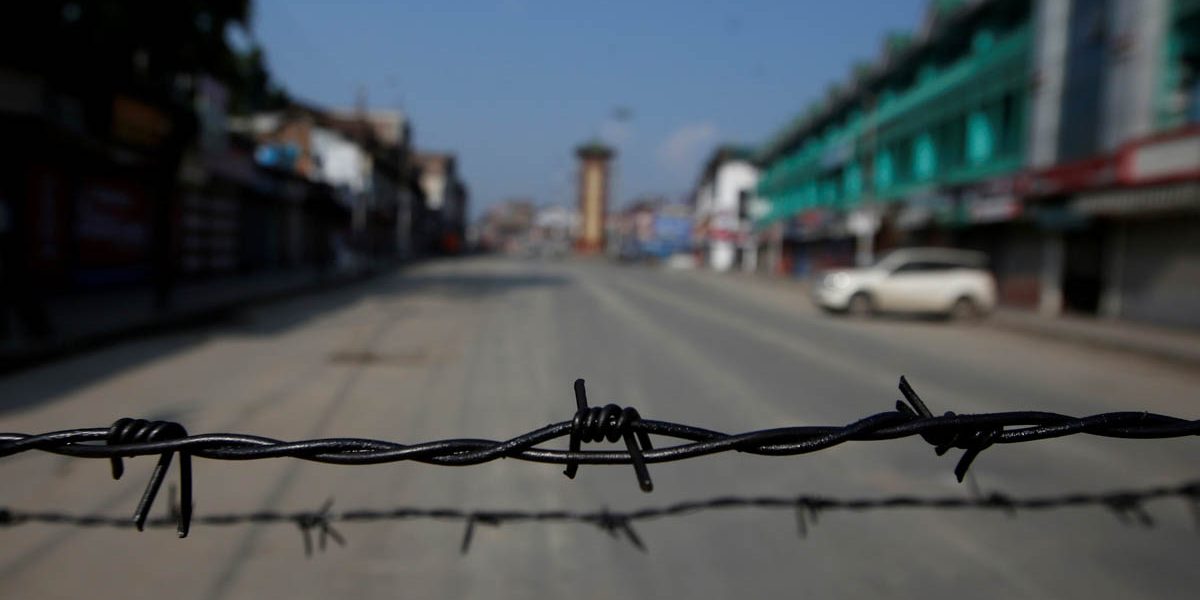 I heard stories of the dangerous journey these people made during the early 1990s, leaving in terror after their family members were detained without charge, badly beaten or even killed by the Indian army, as well as homes being burned. Approximately 40,000 displaced people still live in makeshift camps in AJK.

As we enter our fifth month of Covid-19 in Canada, with self-isolation, physical distancing and masks, for most of us the robust internet and phone service has provided a lifeline to let us work and be entertained. This is not the case for those under army lockdown in Kashmir: communications were completely cut in August 2019 and were only beginning to be restored as the pandemic broke out. Since March, only 2G is available, and only sporadically.

Until August 5, 2019, when India revoked special provisions provided in Article 370 and 35A of the Indian constitution that precluded settlement by non-indigenous populations, the people I spoke to had held hope they could some day return to their rightful homes. By the time of my December visit, the situation had become grim. None of the 100 people I spoke to had been able to make contact for four months with their families in IOK.

Initially, I had hoped to also visit IOK, but India does not allow that. India has barred even International Committee of the Red Cross (ICRC), Amnesty International and Human Rights Watch from visiting IOK. The ICRC is unable to provide humanitarian functions, or its liaison role with families about the whereabouts of prisoners held by the Indian military. An Indian women’s human rights delegation reported in September 2019 that at least 13,000 children had been detained in the first six weeks of military lock down.

From Palestine to Kashmir: occupation is a crime

IOK is the most militarized region in the world with nearly one million soldiers, which is more than one soldier for every 10 Kashmiris. These military personnel and their families are currently granted citizenship in IOK.

Under the veil of Covid-19, India has embarked on an aggressive settlement project. On March 31, the Indian government introduced the new domicile law. Its aim is demographic change, and at taking the land and resources from the indigenous population of IOK. This violates United Nations Security Council resolutions 47 (1948) that calls for a plebiscite to determine the future of the disputed territory.

On May 18, domicile certificate procedures were introduced allowing Indian Hindus to settle in IOK, while requiring the indigenous population of Kashmir to apply for residency permits. This is essentially the Israeli illegal settlement approach where the occupier moves its own population into the region as permanent citizens, while requiring the indigenous population to apply for permits in order to carry out basic functions of life such as attending university or to work. Since Jammu and Kashmir is an internationally recognized disputed territory, this transfer of population and settlement contravene international law, specifically Article 49 of the Fourth Geneva Convention.

What struck me most was the lack of international attention. Refugees in the Ambore and Manik Puniyan camps I visited said this was the first visit from the international community in 30 years since they were exiled from IOK. Other than humanitarian aid following the 2005 earthquake that left 100,000 dead, there has essentially been no international attention to their plight.

As I think back to December, which seems like eons ago, the message from Kashmiris I met in AJK was clear: they want the right to self-determination to be realized through the plebiscite promised by the United Nations. In 1948, Canada’s UN representative Andrew McNaughton, as president of the Security Council, took the lead in navigating that resolution. The people I met said they hope the Canadian government would take a similar leadership role today.

As the military lockdown approaches the one-year mark, I think of the people I met in December, who held onto hope that the international community might finally pay attention after the August 5 lockdown. Despite the humanitarian crisis and Covid-19 pandemic, the international community refuses to pay heed to the active colonization underway as Kashmiris are stripped of their land and citizenship.

Support self-determination for Kashmir by signing this petition which calls on the Government of Canada to:

For more information, contact Just Peace Advocates and Canadians for Peace and Justice in Kashmir